Russia imposed restrictions on flights over Crimea and the Black Sea 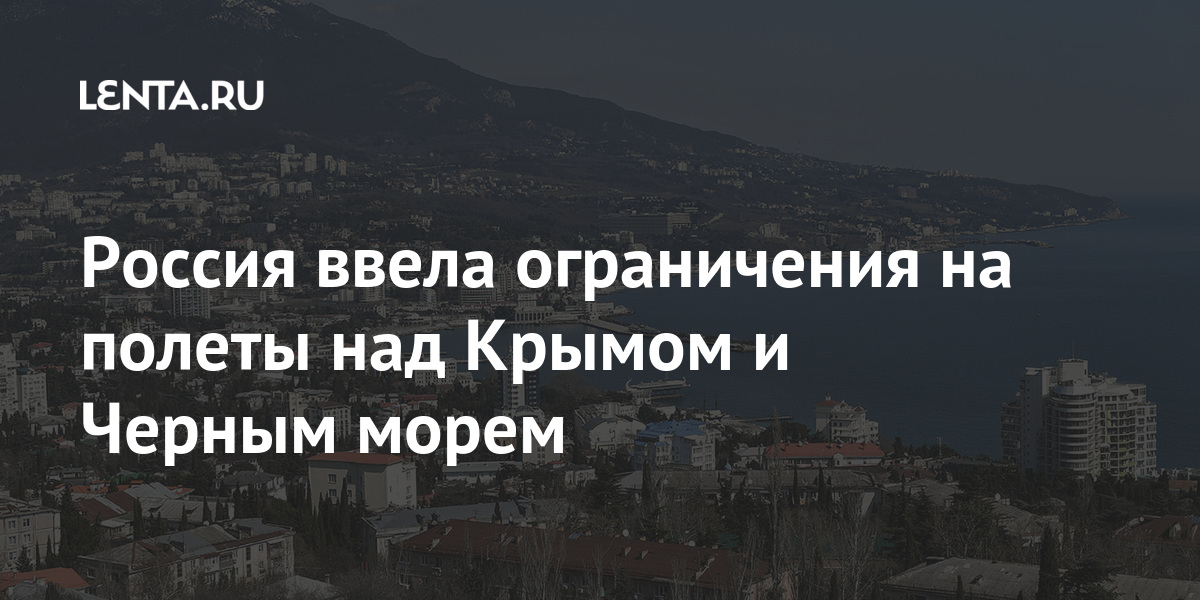 Temporary restrictions on flights over part of the Crimea and the Black Sea were introduced by Russia for the period from 20 to 24 April. It is reported by Interfax with reference to information from the International Notice to Pilots (NOTAM).

“The area has been declared temporarily dangerous for aircraft flights,” the document says.

It contains the coordinates of the flight restriction zone up to an altitude of 19 thousand meters. It includes the airspace of the southern part of Crimea from Sevastopol to Feodosia, territorial waters off the southern coast of the peninsula and part of the international waters of the Black Sea.

On April 14, Prime Minister Mikhail Mishustin signed an order to provide the Ministry of Defense with a part of the Taganrog Bay of the Azov Sea for 20 years of separate water use. Part of the sea area was closed to foreign ships, the Ministry of Foreign Affairs of Ukraine and the Pentagon expressed their protest.

The unexpected and positive effect of vaccines

Check the result of today’s National Lottery draw on Thursday, May 13, 2021