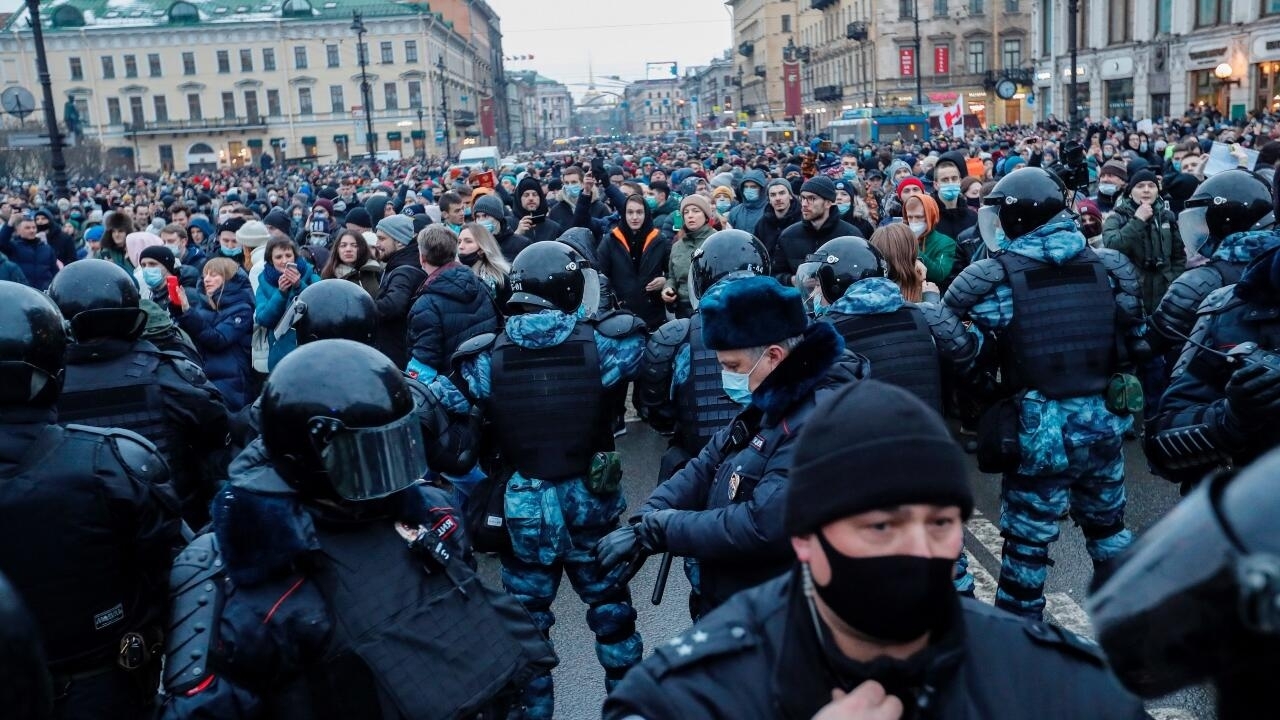 In the midst of the marches in support of the Russian opposition, who was arrested upon returning to the country after returning from Germany, where he recovered from the poisoning of which he was targeted in 2020, hundreds of citizens were detained by security agents during the day in which the wife of the political leader was also arrested.

Hundreds of citizens were detained on January 23 by the Russian Police amid protests called throughout the nation in support of Alexei Navalny, including his wife, Yulia Navalnaya, 44 years old.

To try to contain the mobilizations, with which the opposition’s sympathizers seek to reiterate their support for this political leader who was arrested on January 17 when he returned from Germany, where he was transferred to receive medical attention after being poisoned last year, they were deployed various special groups of the security forces.

International press agencies such as Reuters have reported that at least 1,614 protesters have been detained and that in several of the proceedings the arrests were carried out in a violent manner by the officers.

Faced with these arrests, the UK Foreign Ministry called on Russia to respect international commitments on Human Rights.

“We are deeply concerned about the arrest of protesters and continue to closely monitor the situation,” British authorities said this Saturday in an official statement.

The protests were carried out under the claim of freedom for Navalny and spread to other countries such as Spain, where groups of sympathizers gathered with banners in his defense in cities such as Barcelona.

According to the Federal Penitentiary Service of Russia, the opponent failed to comply with the conditions of the suspended sentence of 3 years that had been handed down against him in 2014, despite the fact that it had been declared as “illegal” by the European Court of Human Rights.

One of the most crowded marches was the one that took place in Moscow, where from 2:00 p.m. (local time) thousands of demonstrators gathered in Pushkinskaya Square, near which Liubov Sobol, one of the main allies, was arrested shortly after. of the opponent and jurist of the Fund to Fight Corruption.

For publishing the schedule for this Saturday’s marches on its website, the Russian Foreign Ministry indicated that the US Embassy in Moscow will have to provide explanations.

Despite the fact that for several days the Police had warned that it would contain the demonstrations and that several social groups denounced the beginning of a campaign of harassment against Navalny collaborators in order to avoid the registration of the marches, they enjoyed great attendance.

The messages chanted by the participants also included phrases against President Vladimir Putin as a “Thief” and constant criticism for alleged corruption in his government efforts.

Bican, the scorer lost in the smoke of war