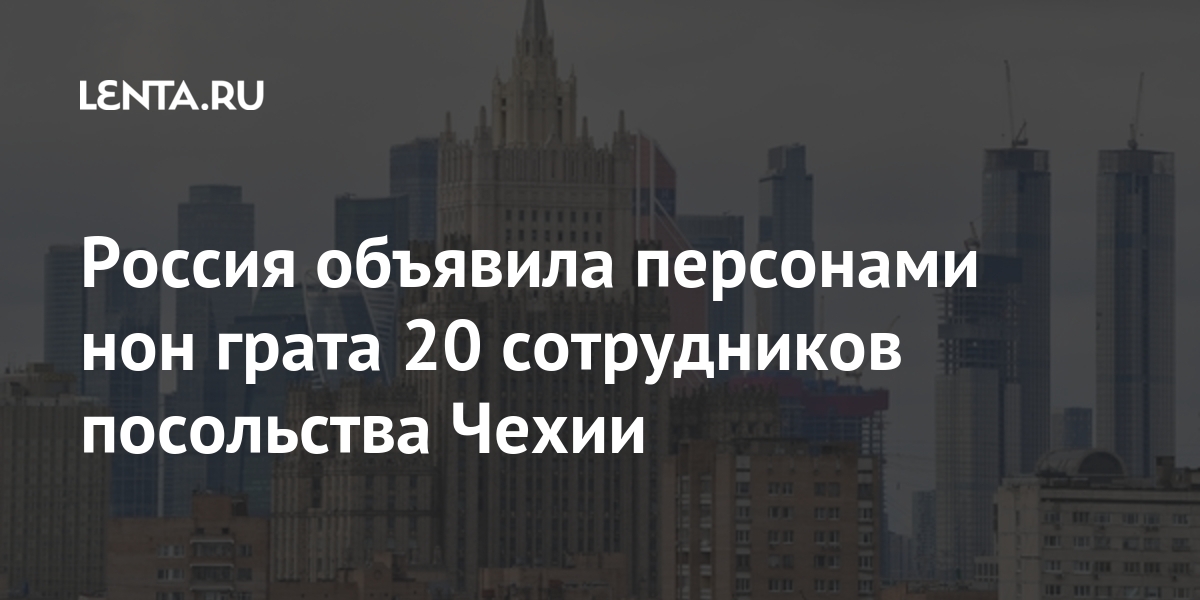 Moscow has declared 20 employees of the Czech Embassy persona non grata. This was reported by RIA Novosti with reference to the Russian Ministry of Foreign Affairs.

Diplomats must leave the country by the end of April 19. The Foreign Ministry also expressed a strong protest to the Czech Republic over the expulsion of employees of the Russian embassy in Prague.

On April 15, Poland declared three Russian diplomats persona non grata and expelled them from its territory. The Polish Foreign Ministry said that the Russian ambassador was summoned to the department, and he was handed a corresponding note. It is reported that the basis for the expulsion was the violation of the conditions of diplomatic status by these persons and the implementation of harmful activities. The Polish authorities have also expressed solidarity with the latest US sanctions against Russia.

Teresa Perales: “Success is not winning a medal, but having tried”