Russia first filed a complaint with the ECHR against Ukraine 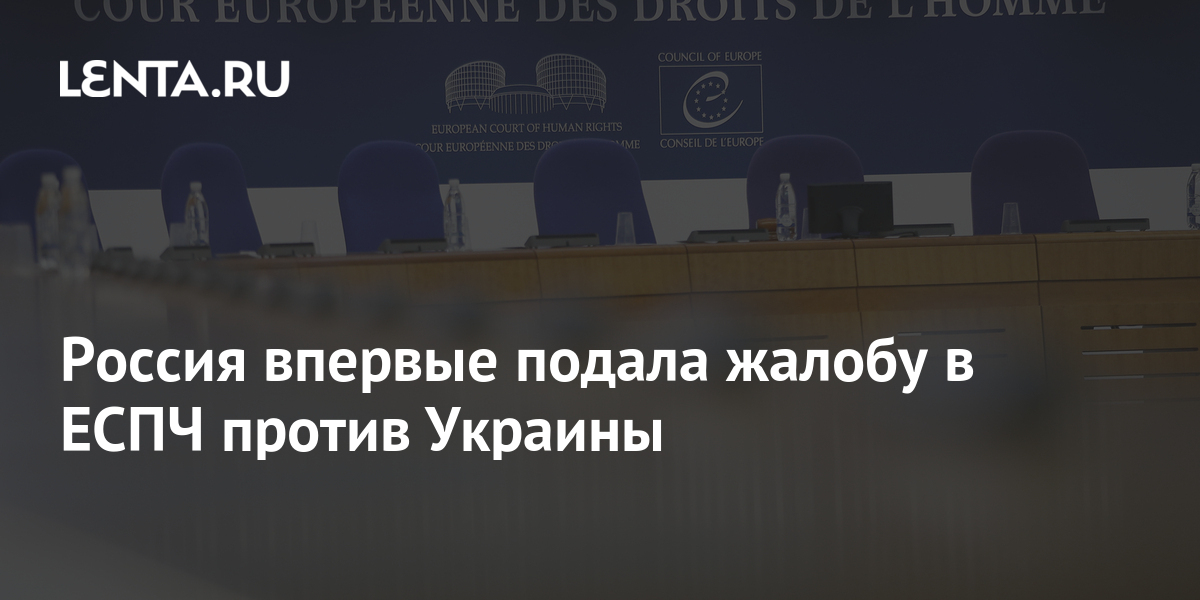 For the first time Russia has filed an interstate complaint with the European Court of Human Rights (ECHR). This is stated in a press release, published on the website of the Prosecutor General’s Office. The complaint concerns a number of violations of human rights and freedoms in Ukraine that occurred after the Euromaidan.

The document states that Ukraine has repeatedly violated several articles of the European Convention on Human Rights: “Right to life”, “Prohibition of torture”, “Right to liberty and security of person”, “Right to respect for private and family life” and others.

In particular, we are talking about the responsibility of Kiev for the death of people during the events of 2014 (Euromaidan, fire in the Odessa House of Trade Unions, anti-terrorist operation in Donbass, the crash of flight MH17), infringement of the rights of the Russian-speaking population, persecution of journalists, kidnapping, attacks on Russian diplomatic missions , discrimination against Russian business and blocking the flow of fresh water to Crimea.

The complaint contains a detailed description of “the process of an unconstitutional change of government in Ukraine and the advancement of nationalist forces into Ukrainian state bodies.”

The Ukrainian authorities not only did not suppress the actions of the nationalists, but also encouraged and covered them up for more than seven years, without conducting an independent and effective investigation.

The subject of Russia’s complaint was the events that followed the change of power in Ukraine in February 2014 and resulted in the death of people.

The document states that after “the violent seizure of power in Kiev, accompanied by more than a hundred victims”, a civil war began in the east of the country, “disguised as an” anti-terrorist operation “”, which led to “thousands of civilian casualties.”

Moscow accuses the Ukrainian authorities of involvement in the abduction of Donbass residents and Russian citizens (including the use of torture against them), of the physical elimination of opposition politicians and journalists, as well as of widespread discrimination of the Russian-speaking population. It is also noted that in April 2014, after the reunification of Crimea with Russia, Ukraine closed the “source of fresh water supply to the peninsula.”

amounted to damage to the budget of the Republic of Crimea and the tourism sector of the peninsula, as a result of the closure of the North Crimean Canal in May 2014

“Ukraine is fully responsible for the death of passengers and crew members of the Malaysia Airlines Boeing-777, which operated flight MH17, (…) due to the failure to take measures to close its airspace,” the document says.

The Russian side also points out that a systematic practice of committing “terrorist crimes” against Russian citizens and discrimination against Russian companies that were forced to leave the Ukrainian market has developed in Ukraine. Among them are Lukoil, Sberbank, Prominvestbank, VTB, VKontakte (Mail.ru Group), Yandex and others.

As noted, the complaint is intended to draw the attention of the European Court and the world community “to gross and systematic violations of human rights by the Ukrainian authorities”, to conduct a proper investigation, bring the perpetrators to justice and “restore peace and harmony on the territory of Ukraine.”

In turn, Kiev has already filed more than one lawsuit against Moscow in an international court. The last, ninth time, this happened in February this year, when Kiev accused Moscow of allegedly taking place “political killings of opponents.” Previous complaints related to events in Donbass, including the disaster of flight MH17, the entry of Crimea into Russia and the detention of Ukrainian sailors in the Kerch Strait in 2018.

In 2018, the Russian Ministry of Justice indicated that Ukraine “abuses the right to file interstate complaints” and uses the European Court as “a tool for obtaining information and for achieving its own political goals.”