Russia fights back and expels 20 Czech diplomats from Moscow 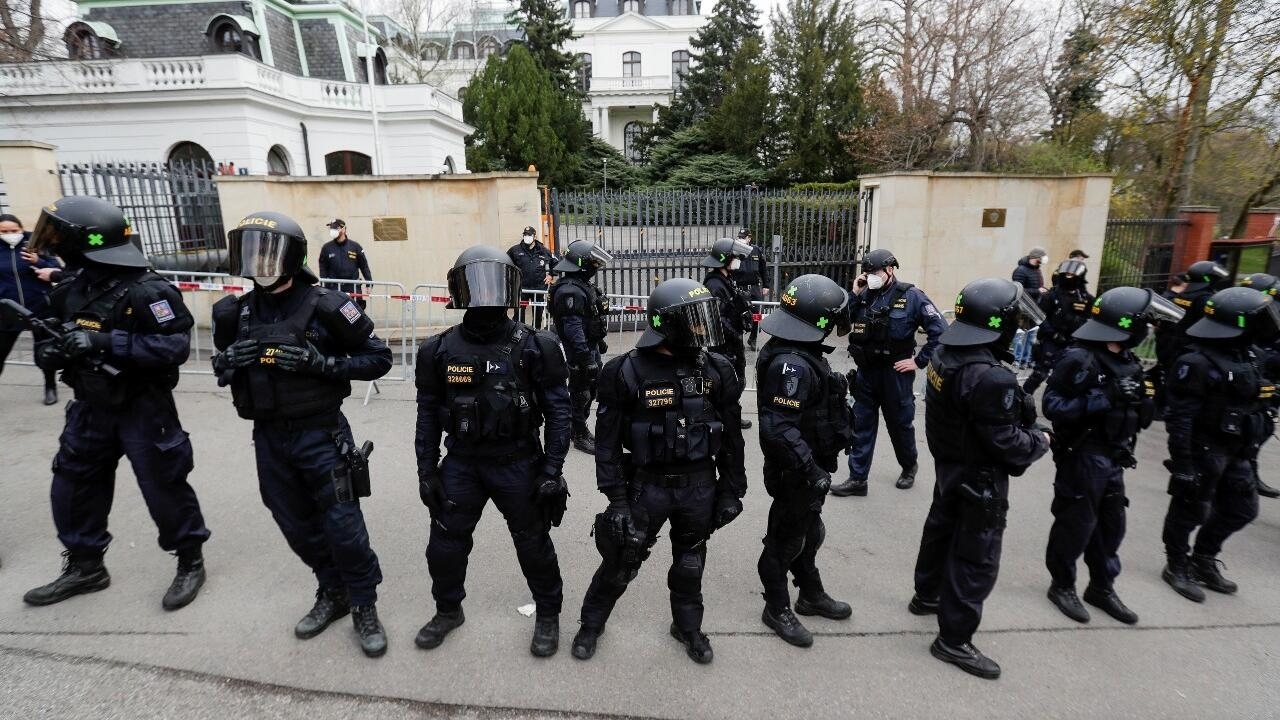 The Russian government gave 20 employees of the Czech Republic embassy in Moscow just over 24 hours to leave their duties and leave Russia, in retaliation for the expulsion of 18 diplomats from the Russian embassy in Prague.

Hours after Prague ordered 18 Russian diplomats to leave the Czech Republic, Moscow responded this Sunday with the same coin, expelling 20 people from the Czech embassy from its territory.

The announcement was made by the Russian Foreign Ministry. “Twenty employees of the Embassy of the Czech Republic in Moscow are declared unwelcome people and must leave the territory of our country,” the statement said.

The publication on the website of the Chancellery also says that the workers of the Czech diplomatic mission have a little more than 24 hours to leave Russia and must do so “before the end of April 19”.

Shortly before Russia retaliated against the Czech Republic, the Russian Foreign Ministry announced that it would take response measures “to make the perpetrators of this provocation aware of their responsibility” and described the accusations against Moscow as “absurd”.

On Saturday, the Czech government expelled 18 employees from the Russian embassy in Prague and two of them related, according to the Czech authorities, to two explosions in a weapons depot in Vrbetice, 330 km southeast of Prague, where they were ammunition intended for the army of Ukraine. This happened in late 2014.

For its part, the Czech Republic informed NATO and European Union allies that it suspected that Russia had caused these explosions, so the foreign ministers of the European bloc were ready to discuss the matter on Monday.

A NATO official, quoted by Reuters, said the alliance would support the Czech Republic while it investigated Russia’s “evil activities”, seen as a pattern of “dangerous behavior.”

The biggest dispute between Prague and Moscow since 1989

This Saturday, the Czech Republic police published the photographs of two men wanted for “serious crimes” who, according to the media in that country, are the Russians Anatoly Chepigas and Alexander Mishkin, agents of the Russian military intelligence GRU. Both are believed to have been the perpetrators of the explosions in Vrbetice, and also of the failed 2018 assassination attempt on former Russian military intelligence officer Sergei Skripal in the UK.

Ruslan Boshirov and Alexander Petrov would be the aliases used by these two officers, whom British prosecutors accused of the attempted assassination of Skripal. Czech police also said that both had used a Moldovan passport in the name of Nicolai Popa and a Tajik passport issued in the name of Ruslan Tabarov.

The Kremlin has denied involvement in both incidents, while the Czechs say Moscow is unlikely to agree to cooperate in the case of the 2014 explosions.

The dispute between Prague and Moscow is the largest since 1989, when it was the end of Soviet rule in Eastern Europe.

In addition, it adds to the growing tensions between Russia and the West, raised in part by Russia’s military build-up on its borders and by the annexation of Crimea in 2014.

Meanwhile, Moscow says that Prague is trying to please the United States, following the recent sanctions that this country imposed against Russia.

Where to watch the MTV Movie Awards 2021 online: channel, time, nominees and winners