Russia extends airport closures until May 19 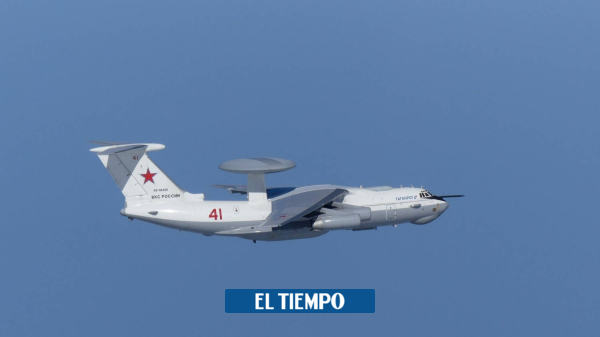 Rosaviatsia, The Russian federal air transport agency, extended this Friday and until the next day 19, the provisional closure of eleven airports in the center and south of the countryin force since February 24, when Russia launched its so-called “special military operation” in Ukraine.

(Read: Ukraine: which are the sectors most affected by the war?)

“The regime of temporary restriction of flights to airports in the south and central part of Russia has been extended until 3:45 a.m. Moscow time on May 19, 2022,” the regulator said in a statement.

(You are interested in: The European Union has not reached an agreement on sanctions against Russian oil)

Since the beginning of the invasion of Ukraine, andThe Russian government decreed the air closure for several countriesand although it has constantly set reopening deadlines, these have always been modified.

The deadlines have varied between March, April and May, the most recent modifications being those announced until the first of May. Immediately, days before this date, the Government once again extended the deadline until the 16th and now it will be until the 19th.

See also  Flee, stay or return: the difficult decision of three Mexicans trapped by the war in Ukraine

Among the countries affected are all the members of the European Union, Canada, the United States, as well as some Latin American countries that have chosen to support sanctions against Russia in the face of the invasion of Ukraine.

The airports affected by the measure are those of the cities of Anapa, Belgorod, Brians, Voronezh, Guelenzhik, Krasnodar, Kursk, Lipetsk, Rostov-on-Don, Simferopol and Elista.

🏹 The EU for the 1st time “will finance the purchase and delivery of weapons and equipment to an attacked country”.

✈️ Closure of airspace to Russia

According to Rosaviatsia, all other airport terminals in the country are operating completely normally.

For Russiaafter the first package of sanctions applied by the West, the airspace has been closed, in addition to having limited the activities of different airlines based in that countryincluding Aeroflot, one of the largest in the country.

Likewise, private planes owned by Russian tycoons have also been targets of sanctions, being prevented from traveling freely.

– Russia announces that it will cut electricity delivery to Finland
– Zelenski: proposes to meet with Putin and says that Ukraine wants peace
– Why does the fall of bitcoin have El Salvador in an economic crisis?

Believe it or not, Konami reports one of its best financial years