Russia demanded from Slovakia to return the delivered “Sputnik V” 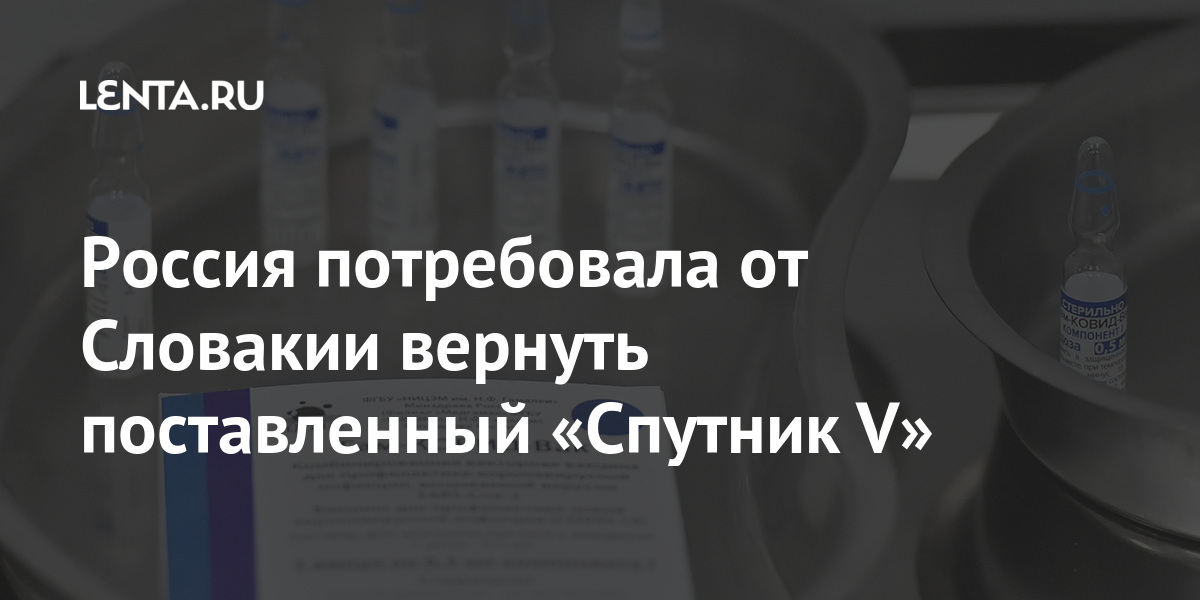 The Russian Direct Investment Fund (RDIF) demanded the return of a batch of Sputnik V vaccine supplied to Slovakia due to a breach of contract. This is reported in the official Twitter– vaccine account.

According to message, the laboratory where the vaccine supplied from Russia was tested is not included in the network of the official EU drug control institutions.

RDIF sent a request to the Slovak government to test the vaccine in a certified laboratory, and on April 6, 2021, sent a letter with a request “to return the vaccine due to numerous violations of the contract so that it can be used in other countries.”

Earlier it was reported that a political crisis has warmed up in Slovakia due to the supply of the Russian vaccine against the Sputnik V coronavirus to the country. Foreign Minister Ivan Korchok condemned the Prime Minister, who personally met the first batch at the airport. President Chaputova also spoke out against the use of the Sputnik V vaccine. However, Prime Minister Ivan Matovich said he would not return the drug back. On March 30, the Slovak government under the leadership of Matovic resigned

Hockey Hannes Hyvönen leaps to the Games' head coach and sports director: “I have never been afraid of challenges”

For Mauricio Macri, the bankruptcy request of the Argentine Mail is a ‘revenge plan’ of the Government