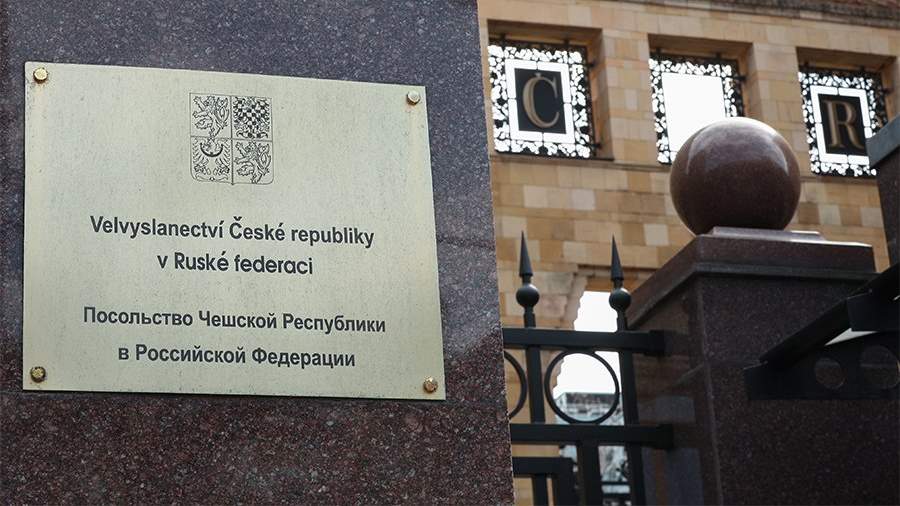 Russia has declared 20 employees of the Czech Embassy in the Russian Federation persona non grata. They must leave Russia by April 19. This was announced on Sunday, April 18, by the press service Ministry of Foreign Affairs RF.

On the same day, Pivonka was summoned to the Russian Foreign Ministry. He was told about the retaliatory measures of the Russian Federation for the expulsion of 18 Russian diplomats from the Czech Republic. It was reported that the ambassador stayed in the department building for 20 minutes.

The day before, on April 17, it became known that the Czech Republic was expelling 18 Russian diplomats. According to the first vice-premier, the head of the Ministry of Internal Affairs, as well as the interim head of the Czech Foreign Ministry Jan Hamacek, the diplomats were “identified” by the special services as officers of the GRU and SVR. He specified that Russian diplomats must leave the country within 48 hours.

In turn, the first deputy head of the international committee of the Federation Council, Vladimir Dzhabarov, said that the Russian response to the expulsion of 18 diplomats from the Czech Republic should be proportional.

Russian Foreign Ministry spokeswoman Maria Zakharova said that Prague is well aware of what will follow such tricks, commenting on the expulsion of Russian diplomats from the Czech Republic.

The next day, April 18, Zakharova announced that in the near future Moscow would announce retaliatory measures for the expulsion of embassy employees in Prague.

In Prague, a rally was held near the Russian embassy. Hundreds of people gathered there. The protesters gathered after the announcement of Prime Minister Andrei Babis and Gamacek that there are suspicions of the involvement of Russian special services in an explosion at an ammunition depot in Vrbetica in 2014. In addition, the protesters gathered because of the expulsion of 18 Russian diplomats from the republic, which was announced the day before.

During the protests, anti-Russian demonstrators staged a fight with protesters who support Russia.

Hamacek said that the Czech police know the identities of two men who are believed to be involved in the explosions at an ammunition depot in the eastern village of Vrbetice.

On October 16, 2014, 50 tons of ammunition exploded in Vrbetica. Their fragments were scattered within a radius of 800 m from the place where the warehouse building was located. Two employees of the local company Imex Group, which rented a warehouse from the state-owned Military Technical Institute, were killed. All the villagers were evacuated on an urgent basis.

The situation with Russian diplomats was preceded by new US sanctions against the Russian Federation, the decree on the introduction of which was signed on April 15 by the President of the United States, Joe Biden.

Janet Barboza to her mother, who overcame COVID-19: "She is a warrior"

Polls give independence majority in Edinburgh