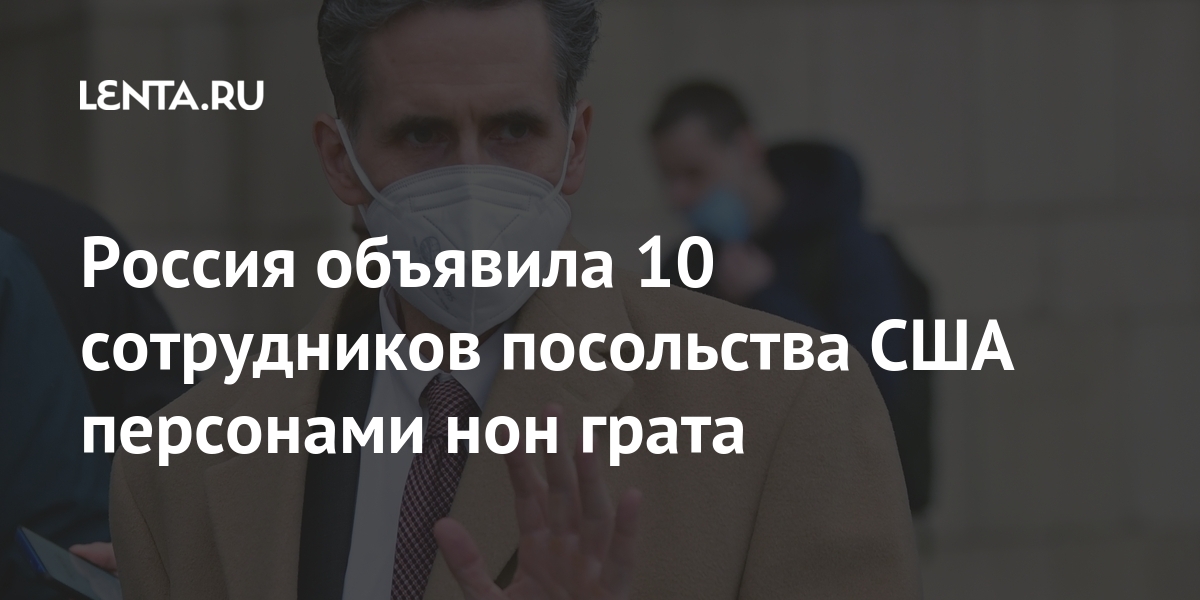 US Deputy Ambassador Bart Gorman was handed a note earlier on April 21, for this he was summoned to the ministry. The Americans must leave Russia by May 22. According to the ministry, further steps in response to US sanctions will follow in the near future.

On April 15, US President Joe Biden signed a decree imposing new sanctions on Russia. The restrictions affected individuals and legal entities. Among the reasons for their introduction are the allegedly hostile activity of Russia in the cyber sphere, interference in elections in the United States or other foreign countries.

In response, the Russian Foreign Ministry published a list of sanctions against the United States. Moscow will expel 10 American diplomats, take measures to end the hiring of Russian and third-country nationals to the US embassy or consulate general, and prohibit American diplomats from traveling outside their places of base. It was also reported that the Kremlin advised US Ambassador to Moscow John Sullivan to go home for consultations on current relations between the two countries.