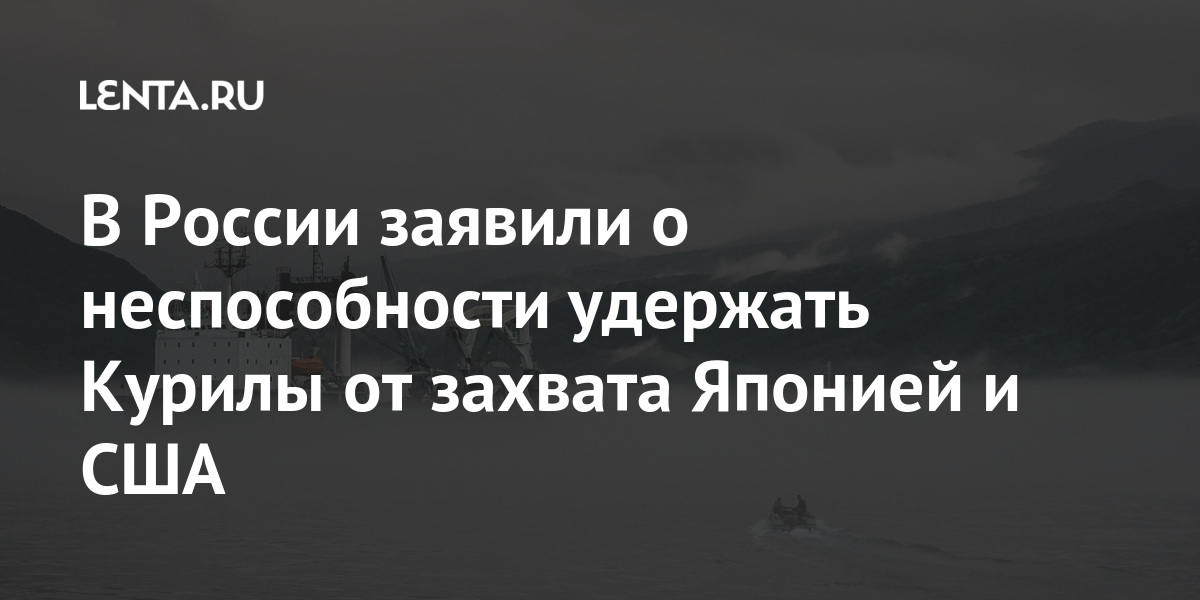 The Pacific Fleet (PF) of the Russian Navy is practically not ready for full-scale hostilities, says Konstantin Sivkov, Deputy President of the Russian Academy of Missile and Artillery Sciences for Information Policy, in the Military-Industrial Courier.

In the publication, the expert assures that the Pacific Fleet of the Navy is not able to keep the southern Kuril Islands from being captured by Japan. The Doctor of Military Sciences writes that in the event of a conflict between Moscow and Tokyo, “the losses of the Pacific Fleet may be from one third to two thirds, depending on the type of forces, after which it will lose its significance as an operational and strategic formation.”

Sivkov argues that the United States and Japan “can completely resolve a limited military conflict that does not reach the nuclear threshold.” According to the doctor of military sciences, the expansion of Tokyo is impossible without the support of Washington, which is able to send to the conflict region, in particular, up to three aircraft carrier strike groups and up to five nuclear submarines.

The expert admits that the main stage of the armed conflict will involve “the landing of an operational assault force on the four disputed islands of the South Kuriles”, and at the same time the US Navy “will begin actions to isolate the area of ​​operations of the Japanese Navy from possible opposition from the Kamchatka group of the Russian Pacific Fleet. “.

According to Sivkov, the capture of the four Kuril Islands from Japan and the United States can take from eight to 20 days. The expert is confident that in order to repel such aggression, Russia “will be able to attract the main forces of the Pacific Fleet, part of the long-range aviation forces, the Aerospace Forces (VKS) grouping in Primorye and Kamchatka, as well as the anti-amphibious defense grouping in the South Kuriles.”

The author calls the Pacific Fleet the key element of these forces. “In the existing composition of the Pacific Fleet, it is incapable of fully solving the tasks of protecting the interests of Russia and repelling military aggression in the Far East,” the expert assures.