Russia decided to save money on the future of energy 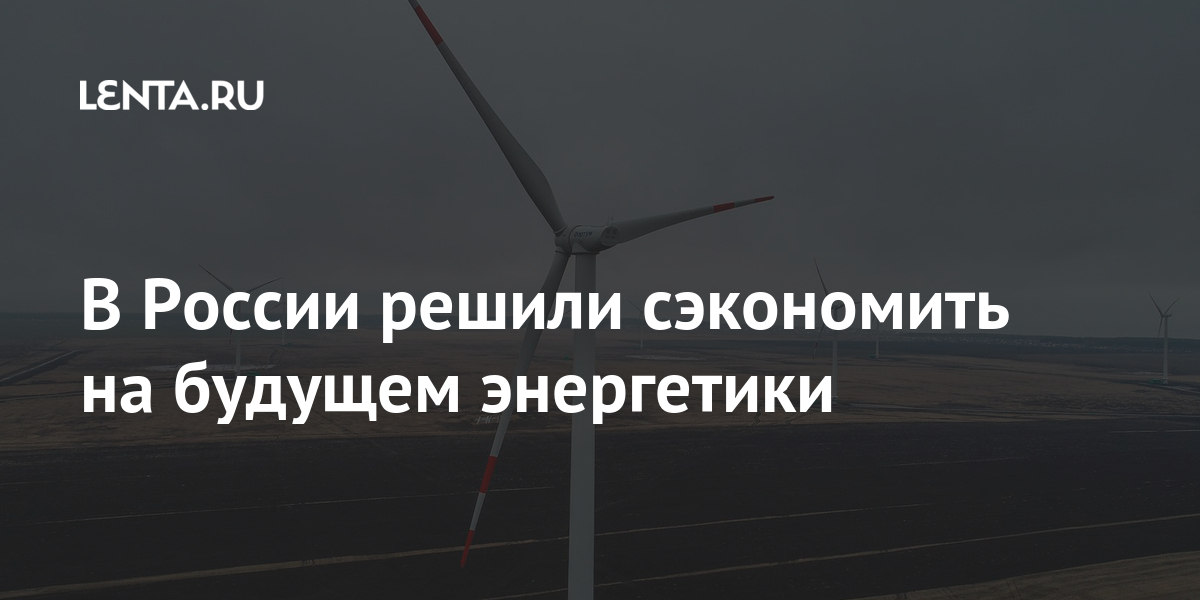 The Russian authorities will save on the program to support green energy generation from 2025 to 2035. Its funding will be cut by 22 percent, from 400 billion rubles to 313 billion in 2021 prices. The decision was made at a meeting with the participation of Deputy Prime Ministers Alexander Novak and Yuri Borisov, according to Kommersant.

The reason for this was the government’s desire to curb the rise in electricity prices within inflation, so as not to harm the national economy. Fears that the rejection of the development of renewable energy sources (RES) in the future will lead to serious problems with exports were not taken into account.

Discussions on the feasibility of supporting alternative energy began last year. The Ministry of Economic Development wanted to cut the program in half, the Ministry of Energy spoke about depriving it of a third of the planned expenses, and the Ministry of Industry and Trade demanded that the existing parameters be left. As a result, a compromise decision was made.

The world has found a new alternative to oil and gas. It will cost hundreds of billions of dollars

At the same time, the conditions for program participants have become much more stringent. The equipment localization rate was increased, and investors were given a plan for its sales abroad, and the generator was obliged to fulfill the production plan in the first year of operation. Those who violate these requirements will face severe fines.

The Association for the Development of Renewable Energy (ARVE) noted that in the face of reduced support, the new parameters make it senseless from an economic point of view to invest in the industry in Russia. Because of this, some of the industries will simply close, that is, the sector will lose both jobs and competencies.

Igor Bryzgunov, chairman of the Russian Wind Industry Association, confirmed that new investments are unlikely to be attracted. According to him, previous projects have not yet paid off, and the decrease in the estimated production volumes compared to the plans deprives the development of commercial sense.

Nikolay Posypanko from Vygon Consulting indicated that the total commissioning of renewable energy sources under the new conditions will be reduced from 7 gigawatts to 5 gigawatts. At the same time, the unit costs for Russian solar and wind power plants will grow by 10-20 percent, and all export requirements will work only as a bureaucratic barrier for new investors.

In early March, Russian President Vladimir Putin instructed to work out measures to avoid a drop in demand for Russian assets with high climatic risks. The Kremlin acknowledged that the demand for environmentally friendly production is growing in the world.

The development of renewable energy is one of the key tasks of the “green turn” that has begun in the West. The way to combat dirty production will be special duties that will be levied on goods produced with the use of such energy. In addition, the largest international investment funds are gradually tightening decarbonization requirements.

Secret analysis of the FDP: "The CDU / CSU threatens a political explosion"

Xiaomi managed to stop a controversial measure by Donald Trump