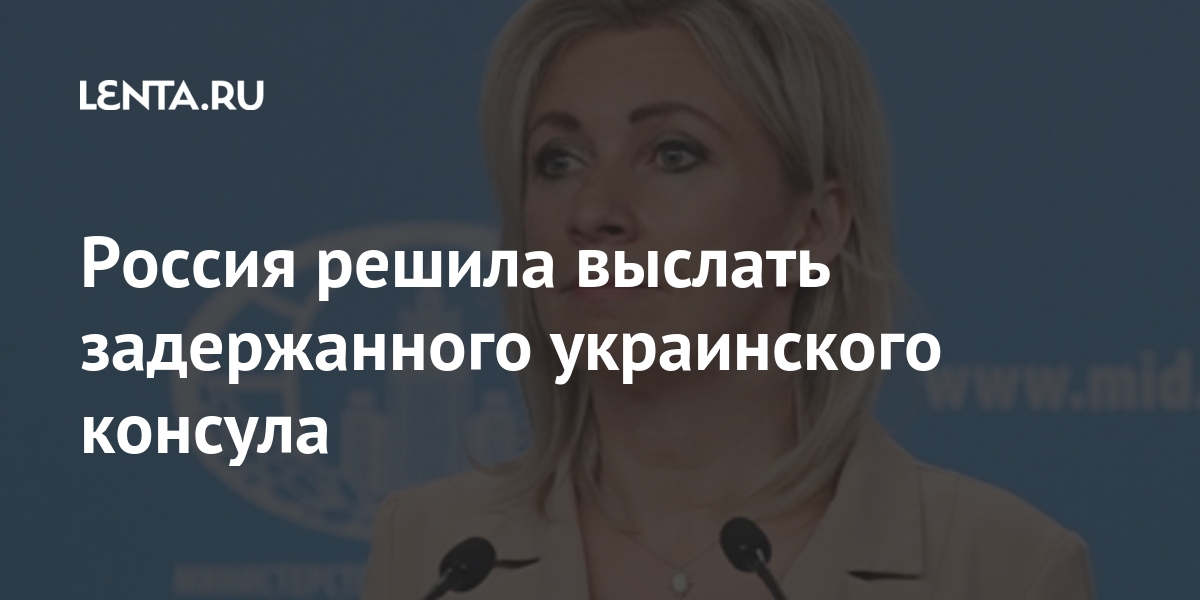 Russia decided to expel the Ukrainian consul Alexander Sosonyuk, who was detained by the FSB in St. Petersburg after receiving classified information. This is stated on website Russian Foreign Ministry.

The diplomat must leave the country before April 22. Charge d’Affaires of Ukraine in Moscow Vasily Pokotilo was summoned to the Foreign Ministry because of the illegal activities of the Ukrainian consul, the department noted.

Earlier, Kiev criticized the actions of the Russian side against its diplomat and announced retaliatory measures. On April 17, the Ukrainian consul, at a meeting with a Russian in St. Petersburg, tried to obtain information of a classified nature and was detained.

His activities were assessed as hostile towards Russia and incompatible with the status of a diplomat. Sosonyuk, 46, is married, has two sons, and his family lives in Rivne (Rivne region of Ukraine).

Díaz continues to lead for a second in another Philipsen win

“Airbus” is cautious despite the profits