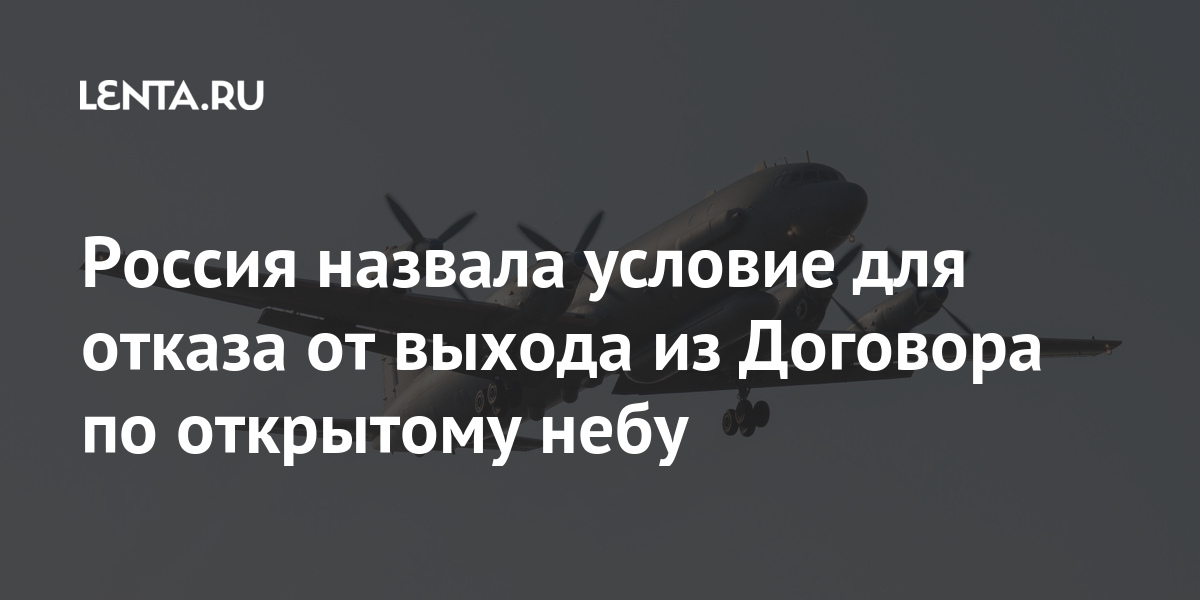 Russia has named a condition for refusing to withdraw from the Open Skies Treaty (OON). Konstantin Gavrilov, head of the Russian delegation at the Vienna talks on military security and arms control, said this in an interview with Izvestia.

According to him, Moscow will remain in the agreement if the US decides to return to its implementation. The diplomat noted that Russia is ready for painstaking work on the settlement of claims within the framework of an agreement with the United States and other participating countries. At the same time, Gavrilov stressed that Washington has a month to return to compliance with the OST.

Earlier, the head of the Russian delegation at the Vienna talks on military security and arms control said that the situation around the Open Skies Treaty was leading to its collapse. “One should not expect unilateral concessions from Russia. If the status quo is maintained, our domestic procedures preceding the Russian notification of the decision to withdraw from the treaty will be completed by the end of May, ”he added.

The Open Skies Treaty was signed in 1992. The agreement allows member states to conduct reconnaissance flights over each other’s territory to monitor military activities and compliance with existing arms control treaties. The United States withdrew from the treaty at the end of November 2020, and on January 15, 2021, Russia began domestic procedures to withdraw from the Open Skies Treaty.

Antetokounmpo blocks Durant in an ode to basketball