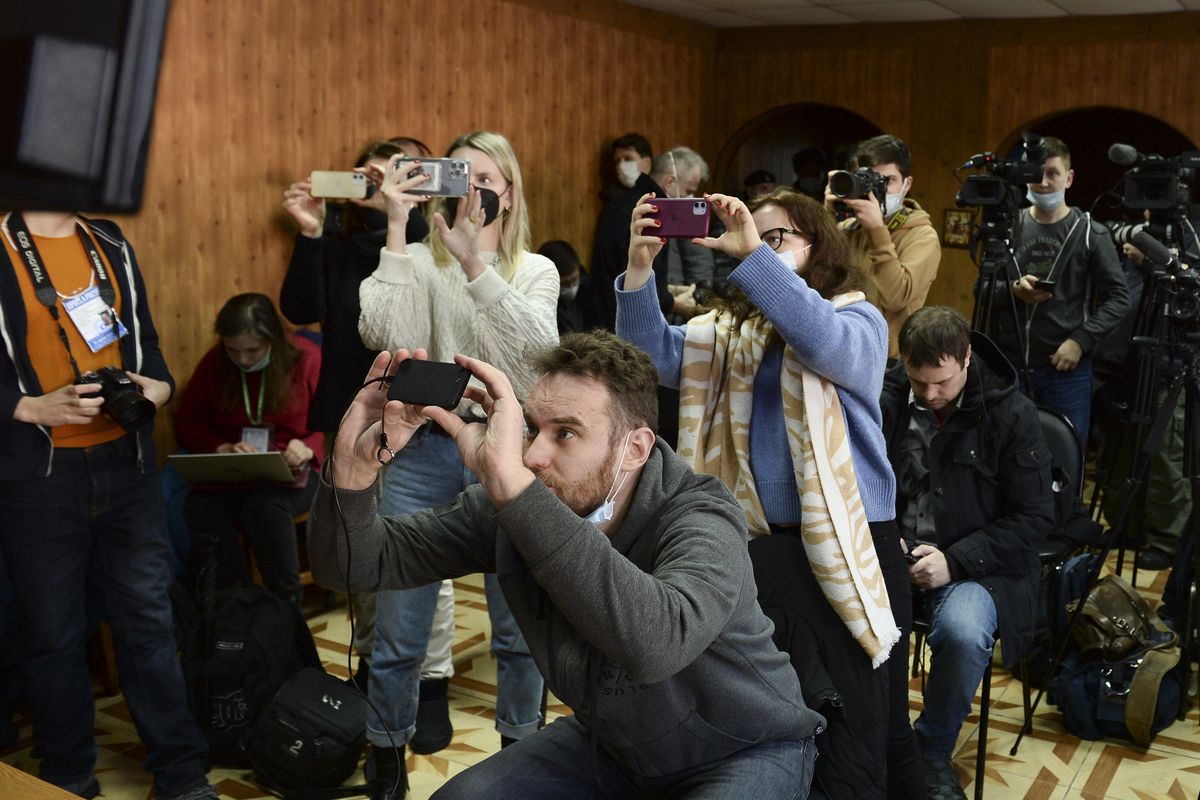 The Russian authorities will punish with up to 15 years in prison any statement about their actions in Ukraine that they qualify as false. The two chambers of Parliament validated with just five hours of difference the bill that will sanction both “disinformation” and support for international sanctions against Russia for its offensive on Ukraine. In that time frame, Moscow also blocked its citizens’ access to several Western media outlets, including Britain’s BBC and Germany’s Deutsche Welle.

“It is possible that from literally tomorrow (Saturday, February 5) the regulations will punish, and very severely, those who lied and made statements that have discredited our armed forces,” warned Viacheslav Volodin, president of the State Duma, according to a report. statement from the lower house.

“We do this to protect the truth. If Russia had not launched a special peacekeeping operation, a war unleashed by NATO would have started in Ukraine,” Volodin added. At around the same time, Atlantic Alliance Secretary General Jens Stoltenberg categorically denied that the organization plans to intervene after nine days of war. “NATO does not take part in the conflict, it is a defensive alliance,” he stressed at a meeting of member countries in which they also refused to create a no-fly zone over Ukraine.

It is unclear whether the new Russian law will have retroactive effect. The dissemination of “deliberately false” information, according to Moscow’s criteria, will be punished with up to three years in prison, but there are aggravating circumstances that can multiply up to five times the duration of the sentence. It also contemplates fines that can reach 1.5 million rubles, (about 12,000 euros).

The approved text puts any criticism of the army in the spotlight. This will be punished with up to three years in prison and a fine of 300,000 rubles (2,400 euros) to “those who publicly discredit the Armed Forces of the Russian Federation.” Likewise, in the event that the information disseminated has “serious consequences” for the military or for the development of the war, the prison sentence will reach 15 years.

If the “falsehood” is spread by an official charge for “political, ideological, national or religious enmity”, the penalty can be up to 10 years in prison. The law has been promoted days after a senior Kremlin official spoke out against the war, the director of the Council of Foreign Affairs, Andrei Kortunov, who said in a Sky News interview that the conflict is “a shame”.

See also  Has the perpetrator from the castration video already been identified?

The new Russian norm does not tolerate criticism or protests against the war either. Supporting other states’ restrictions on the Russian economy or its senior officials is punishable by up to three years’ imprisonment or hard labor, in addition to a fine. Equally penalized will be the call to demonstrate.

Added to the harshness of this law is the closure of numerous media outlets in Russia. The Russian telecommunications supervisor, Roskomnadzor, blocked access to several Western media since Friday “for the systematic dissemination of materials containing false information about the essence of the special military operation in Ukraine.”

The supervisor at no time poses the new ordinance as a response to the blockade in the West of the Kremlin, Sputnik and Russia Today networks. Among other alleged “falsehoods” in the Western media, Roskomnadzor mentions publications about deceased Russian soldiers and about the shelling of civilian areas. So far the Russian Ministry of Defense has only published a number of dead soldiers once, 498, and it did so on the seventh day of the offensive.

“Access blocked. The web address is part of the registry of information sites whose dissemination is prohibited in the Russian Federation”, it is announced today when trying to access media such as the British BBC, the German Deutsche Welle, or the American Voice of America and Radio Free Europe/Radio Liberty. It is also not possible to connect with Meduza, a media outlet created by Russian journalists based in Riga, Latvia.

“I’m going. I hope to return one day and continue reporting on Russia”, several journalists from the media banned by Twitter have announced, anticipating that they are leaving the country due to the restrictions. The BBC, the British state broadcaster whose independence led Prime Minister Boris Johnson to freeze his funding after years of threats, explained that his refusal to change a comma was what caused him to be blocked.

“The editors of the BBC’s Russian service received notifications from Roskomnadzor demanding to remove material,” the channel explained in an article, “because they claimed they are life-threatening.” “The blocking of access to the BBC’s websites is another step in the Russian authorities’ campaign against independent media,” he warned in the farewell report.

Russian media are not exempt from censorship either. The independent channel Dozhd ceased its broadcasts on Thursday after being blocked for the same reason. At the farewell he issued Swan Lakethe Tchaikovsky ballet that was broadcast over and over again on Russian television during the coup by the communist leadership on August 19, 1991.

The Echo of Moscow radio, a historic medium with 32 years of history, announced Thursday its liquidation after being banned from the airwaves and on the internet. His portal not only collected critical opinions, but also essays and columns related to the Kremlin. A day later, he terminated all his contracts. “It is not clear how the journalists are going to work, or who is going to follow them,” said its director, Alexéi Benedíktov, who does not rule out new projects. “I don’t know what form it will take. The main thing for me is the people, they are more important than the news,” lamented the journalist.

Echo of Moscow has completely disappeared from the map. Not so Dozhd or the BBC, which are still accessible via Twitter or YouTube. However, the precedents point to Roskomnadzor demanding its elimination, as it did with the publications of the opposition team Alexei Navalni, considering them “extremist content”.

Otherwise, the platforms could also suffer the same fate as the media and end up being banned or fined. The Russian authorities, which have a law to disconnect the internet from the rest of the world, have already started to slow down networks like Twitter and Instagram because their users were protesting there against the attack on Ukraine. 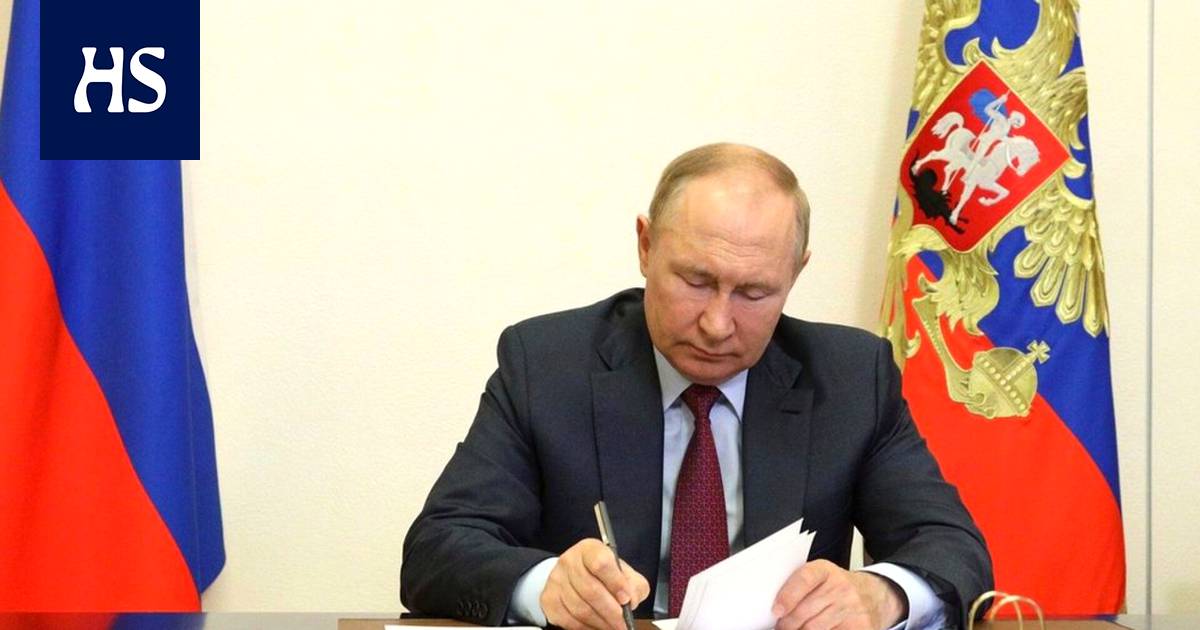 Russian attack | The war of aggression was supposed to destroy the Russian economy quickly, but the effects are becoming smaller than estimated

Economic|Russian invasionBack in March, the Russian economy was estimated to shrink by 10 percent in April–June, now the estimate has... 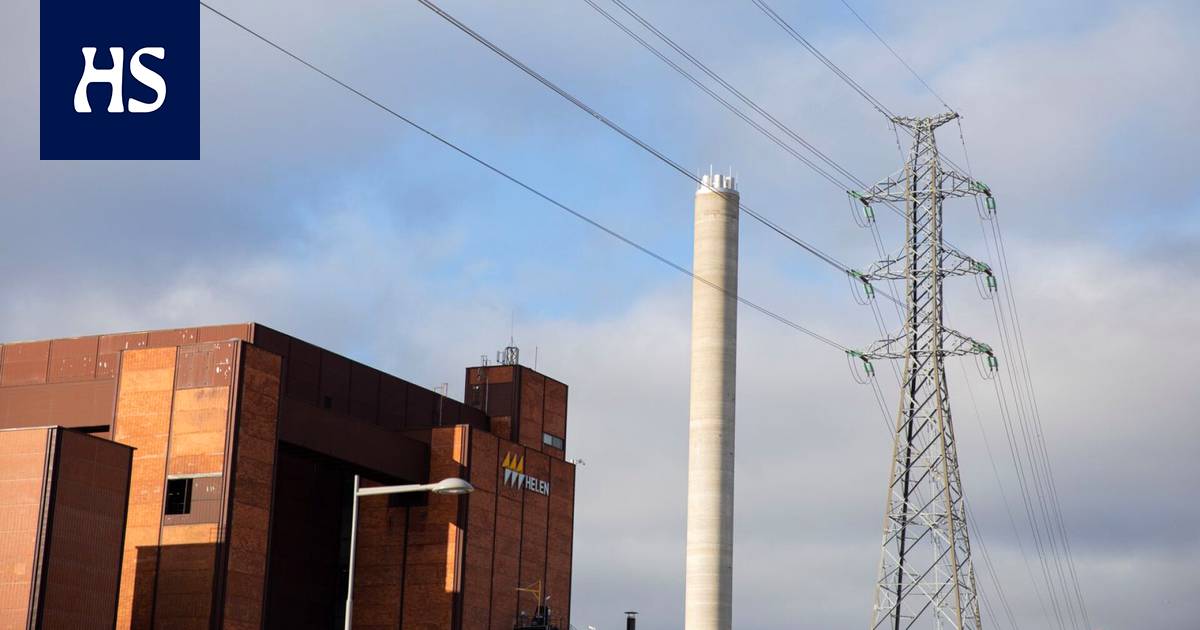 Home pageWorldCreated: 08/12/2022 11:13 amOf: Julia SchöneseiffenSplitResearchers discovered a new type of virus in China. This is known so far...