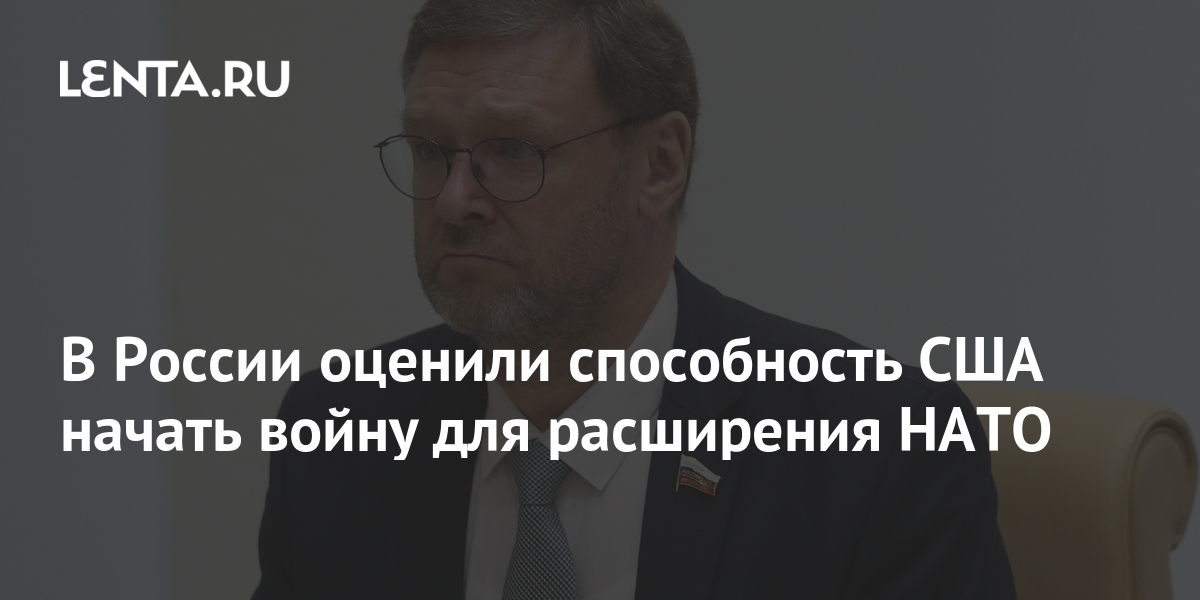 Deputy Speaker of the Federation Council Konstantin Kosachev in an interview “Parlamentskaya Gazeta” assessed whether the United States is capable of starting a war to expand NATO eastward.

According to the Russian politician, the United States wants to expand the boundaries of its influence in the world by expanding the membership of the North Atlantic Alliance. “This is a US strategy that I suspect will not change under any circumstances. Because this is America’s path to a unipolar world, ”Kosachev said.

As the vice-speaker of the Federation Council stated, this goal “is not removed by the United States from the agenda.” “But in pursuit of it, the Americans are not ready to fight for such a goal, they are ready for this to drag chestnuts out of the fire with someone else’s hands,” he stressed.

Earlier, Russian Ambassador to the United States Anatoly Antonov said that NATO’s eastward expansion contradicts the collectively agreed principle of the indivisibility of security in Europe. Antonov called the transatlantic bloc “a vestige of the Cold War.”

See also  Sudan.. The Sovereignty Council welcomes the United Nations initiative and calls for the formation of a government

On December 17, 2021, the Russian Foreign Ministry announced draft agreements with NATO and the United States on security guarantees. Moscow calls on the North Atlantic alliance to abandon the expansion to the East.

SEGA could drop NFTs, but under one condition