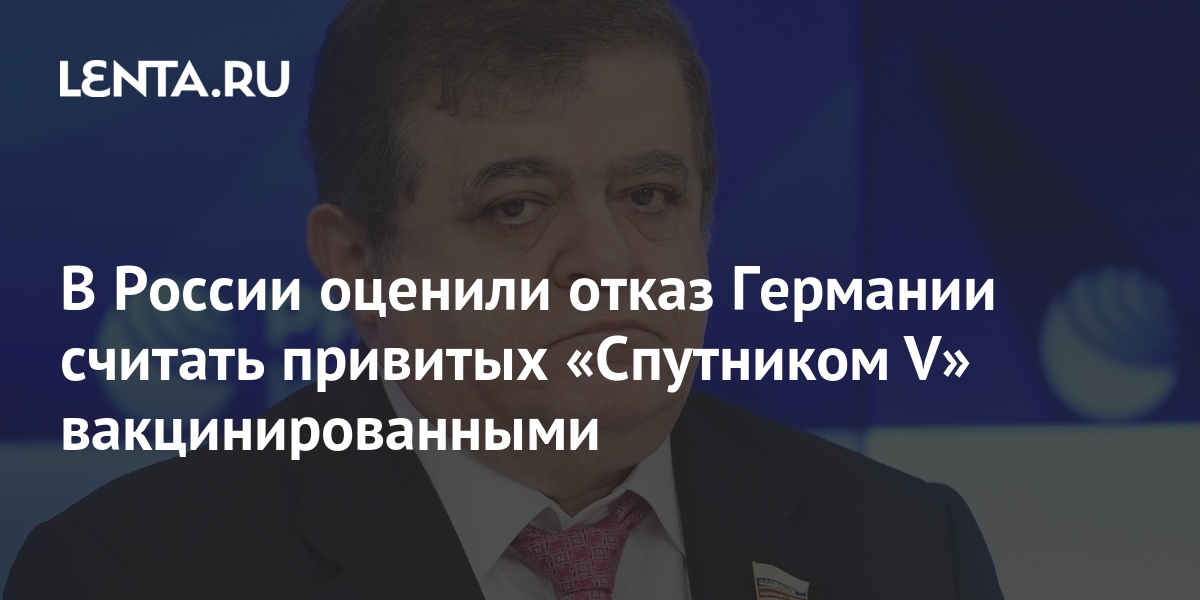 Germany’s refusal to consider those vaccinated by Sputnik V vaccinated is “unfair competition.” This is how Vladimir Dzhabarov, First Deputy Chairman of the Federation Council Committee on International Affairs, assessed the statement by Sebastian Gulde, spokesman for the German Ministry of Health. In a conversation with “Lenta.ru” he called this situation “a purely commercial issue.”

“We applied for vaccine registration back in December. In March, they announced that they accepted it for consideration, and promised to consider it in April-May. Already June ends, two days later July, and things are still there. Although Moderna and Pfizer were developed much later and have already received all permits and certificates – earlier than our vaccine, ”Jabarov noted.

According to him, this delay is accompanied by “another bad trend.”

“Against this background, rumors spread on social networks that this is a bad vaccine with a bunch of side effects, although not a single person, thank God, has seriously suffered from any of our vaccines during all this time. This is unfair competition, ”the politician said.

The senator also said that the reason for this behavior of the European Union is clear. In his opinion, such decisions of foreign politicians are pushed by the desire for commercial gain. “This suggests that there is a competition going on. They stubbornly refuse to let our vaccine enter the European market, they try to stop it at any cost. They don’t need competitors. While our vaccine is adhered to them artificially, they calmly push through AstraZeneca, which has shown itself not on the best side, and Pfizer, and Moderna. This is a purely commercial issue, ”the politician said.

He is convinced that sooner or later the European Union will have to certify Sputnik V.

Earlier it was reported that Germany refused to consider those vaccinated by “Sputnik V” vaccinated until the drug is approved in the European Union.