Russia and China, on the agenda of the first face-to-face meeting of the G7 in pandemic 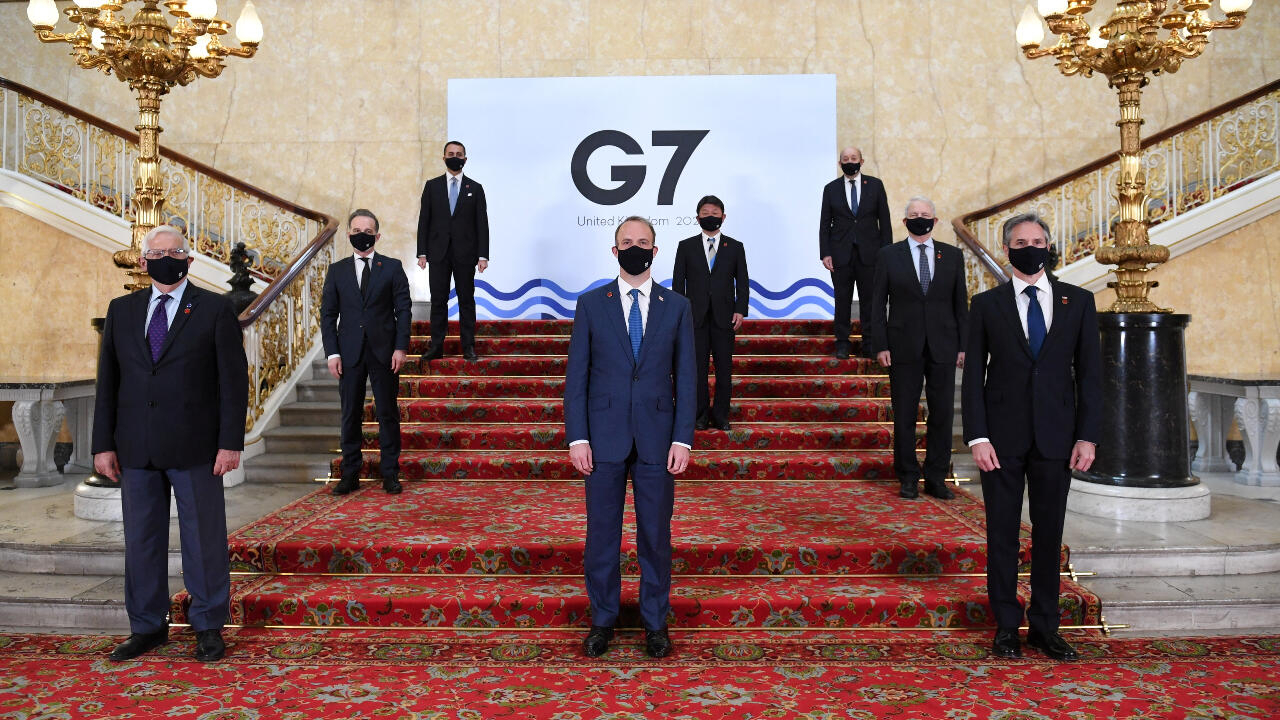 The G7 Foreign Ministers will meet as of May 4 in London, where they will address issues such as threats to democracy and economic recovery after the pandemic. It is the first face-to-face appointment in more than two years.

The United States, Canada, France, Germany, Italy, Japan and the European Union were received this Tuesday, May 4, at Lancaster House, the government building of the United Kingdom for what will be the first face-to-face meeting of the G7 Foreign Ministers in two years.

The diplomats were received by Dominic Raab, British Foreign Minister, with the now common bump of the elbows or fists.

The meeting that will last until Wednesday has on the official agenda several topics of international scope: the pandemic, economic recovery and democracy.

And that’s where Russia and China come into the center of the talks. The ministers will seek to agree to joint action to protect democracies at a time when they say China’s economic influence and Russia’s “evil activity” are a threat.

“The British G7 presidency is an opportunity to bring together open and democratic societies and demonstrate unity at a time when it is sorely needed to meet shared challenges and growing threats,” said Dominic Raab.

Both in Washington and in European capitals there is deep concern about how to act against Beijing and Moscow.

“We are not looking for an escalation: we would prefer to have a more stable and predictable relationship. And if Russia moves in that direction, we will too,” said Antony Blinken, US Secretary of State.

The coup in Myanmar, the Tigray crisis in Ethiopia and the situation in Libya and Syria will also be discussed.

On the other hand, the participating countries will talk about the precarious situation in Afghanistan and the recent announcement of the withdrawal of troops by the United States and its NATO allies after two decades of war.

The summit will also discuss joint strategies to combat climate change, as well as plans to improve the education of girls around the world and advance human rights, according to the British Government.

Representatives from India, Australia, South Africa and South Korea have been invited to the meeting, which will serve to prepare for the next leaders’ summit scheduled for June, although they will not participate in the main discussions.

Founded in 1975 as a forum for the richest nations in the West to discuss crises such as the OPEC oil embargo, the G7 as a whole continues to carry great weight: it has some $ 40 trillion of economic influence and three of the five official nuclear powers of the world.

Russia was included in what became the G8 in 1997, but was suspended in 2014 following the annexation of the Crimea region. China, now the world’s second largest economy, has never been a member of the G7.

I am: ‘Jon Bon Jovi’ replaces ‘Marilyn Manson’ in a duo with Gaona