Rummenigge: The “Super League” will not solve the clubs’ financial problems 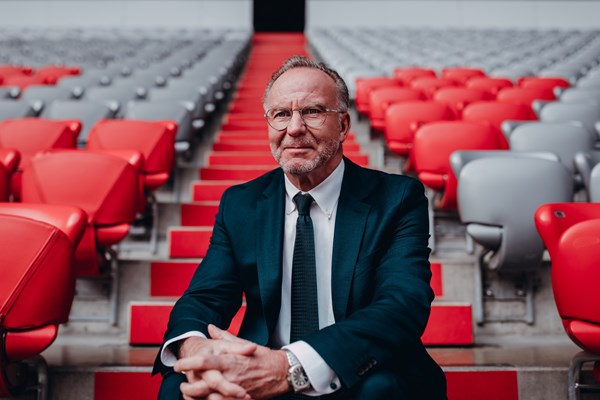 Karl Hans Rummenigge, the legend of German football, and Bayern Munich, stressed that “Bavarian” did not participate in planning the creation of the European Super League “Super League”, which 12 major European clubs have called for.
He said: His club is fully convinced that the current structure of European football guarantees a valid and favorable basis for work, as part of the efforts of the European Union (UEFA), which is keen to introduce reforms to its competitions, in particular the Champions League, the Champions League.
He indicated that this is the “right” way to develop and develop European football, and said that modifying the preliminary round of the Champions League will contribute to enriching the major European competition and increasing its vitality.

Rummenigge, the former president of the Bavarian club, added: It is wrong to think that the planned Super League will solve the big financial problems of European clubs resulting from the economic losses that accompanied the outbreak of the Corona pandemic, on the contrary, all European countries should work together, not just a limited number of clubs, from In order to address the effects of this pandemic, and work in solidarity, so that the costs of players ’salaries and commissions for their agents are commensurate with the real financial returns of the clubs, and rationalize spending as much as possible.
And Oliver Mintzlav, Chairman of the Board of Directors of Red Bull Leipzig, declared his complete rejection of the project to establish the new European Super League, and Hans Joachim Watzke, President of Borussia Dortmund, expressed his complete opposition to this new tournament, as it departed from the legal framework of the European organizing body responsible for organizing competitions, which is the European Union UEFA.
It is noteworthy that, apart from the 12 clubs who signed the European Super League project, there are 3 other clubs that will be added to them, making the final number 15 clubs, with the possibility of allowing five other clubs to qualify each year for this tournament, but the sure thing is that none of the German clubs will participate in the tournament. New.

Klopp on Super League plans: "I don't really have anything to do with it"

Corona incidence of 0 since the start of the pandemic! Miracle in the middle of Germany: Mayor explains his way