Ruler of Ajman: The decision to unify the armed forces is an important stage in consolidating the pillars of the union 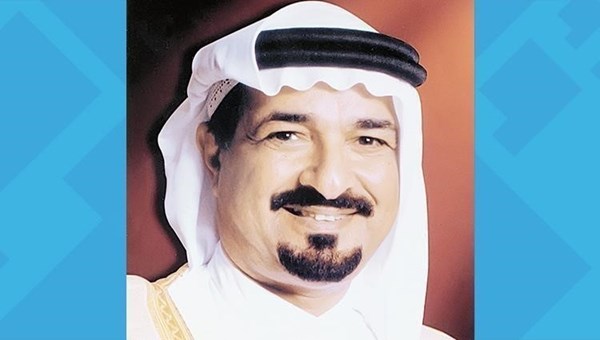 His Highness Sheikh Humaid bin Rashid Al Nuaimi, Member of the Supreme Council and Ruler of Ajman, affirmed that the decision to unify the armed forces on the sixth of May 1976 under one flag and one central command represents an important stage in consolidating the pillars of the Union and enhancing its blessed march. This came in a speech delivered by His Highness through the magazine “Dera Al Watan” on the occasion of the 45th anniversary of the unification of the Armed Forces, the following is its text: // It is my pleasure for me on the 45th anniversary of the unification of our armed forces to recall the historical and strategic decision of the late Sheikh Zayed bin Sultan Al Nahyan. May God rest his soul and his brothers, Their Highnesses the sheikhs, members of the Supreme Council of the Union, Rulers of the Emirates on May 6, 1976 by unifying the armed forces, which stipulated the unification of the armed forces under one flag and a single central command called the General Command of the Armed Forces out of a continuous endeavor to support the federal entity and consolidate its pillars And to enhance its security and stability. The wise leadership represented by His Highness Sheikh Khalifa bin Zayed Al Nahyan, President of the State «may God protect him», His Highness Sheikh Mohammed bin Rashid Al Maktoum, Vice President and Prime Minister and Ruler of Dubai «May God protect him» and His Highness Sheikh Mohammed bin Zayed Al Nahyan, Crown Prince of Abu Dhabi, Deputy The Supreme Commander of the Armed Forces, with its eyes set on developing the army through the advancement of an integrated strategy consistent with the comprehensive renaissance and sustainable development of the state, and thanks to the relentless pursuit of attracting military expertise and providing advanced and technological capabilities to support the armed forces and create a military industry on the land of our country and with the hands of its men, until it became inaugurated mechanisms The specialized exhibitions, especially the aviation exhibition and IDEX, are among the most important defense exhibitions in the world, which are held in the UAE, to display the latest defense weapons technology and technologies and to enhance the strategy of owning weapons industry technology. In parallel with wise decisions, our federal government has always enabled young forearms to engage in military industrial work and gain more exceptional practical experience and pushed future champions to join war colleges, and established military academies, so the Emirati forces and their institutions have become, within a few years, a source of many leaders whose role has not remained limited. In the state over military life, it has spread to all aspects of civil work as well. The armed forces’ attainment of high levels of progress and development and achieving great achievements did not come by accident. Rather, it was a natural result of the painstaking efforts that continued for decades within a strategy adopted by His Highness Sheikh Mohammed bin Zayed Al Nahyan, Crown Prince of Abu Dhabi and Deputy Supreme Commander of the Armed Forces diligently and diligently to emerge from the core of our country as champions. Valiant people who do not know the impossible and answer the call while they are at the disposal of the wise leadership at all times. Our army has been known from the beginnings with the durability of its establishment and has become an integrated system of giving that extends for community, humanitarian and charitable services to brotherly and friendly countries, creating the appropriate climate, consolidating stability across borders, and actively contributing to rebuilding and rebuilding what was left by the war machine, and reinvigorating life in it again. It is abundant and exerting strenuous efforts in sheltering refugees from wars and treating the injured in synergy and cooperation with national charitable organizations that draw from our country that spreads good, and takes fruitful and sustainable work. The world is well aware that the UAE is an icon of peace and tolerance, for our country has principles that do not deviate from it, and feel the motives of stability in every place and time, so it extends a helping hand and does not hesitate to the neighbors’ duties in defending the peoples and their just causes until stability, peace and justice are achieved on the ground. On this day, we do not forget the brave martyrs of the Emirates who struck the ideal of sacrifice, redemption and patience to support the truth, defend the oppressed, relieve the distressed, and raise the flag of the state so that the UAE remains the country of tolerance, coexistence and peace.

Cycling return at the Giro: New trouble for Groenewegen after a horror accident