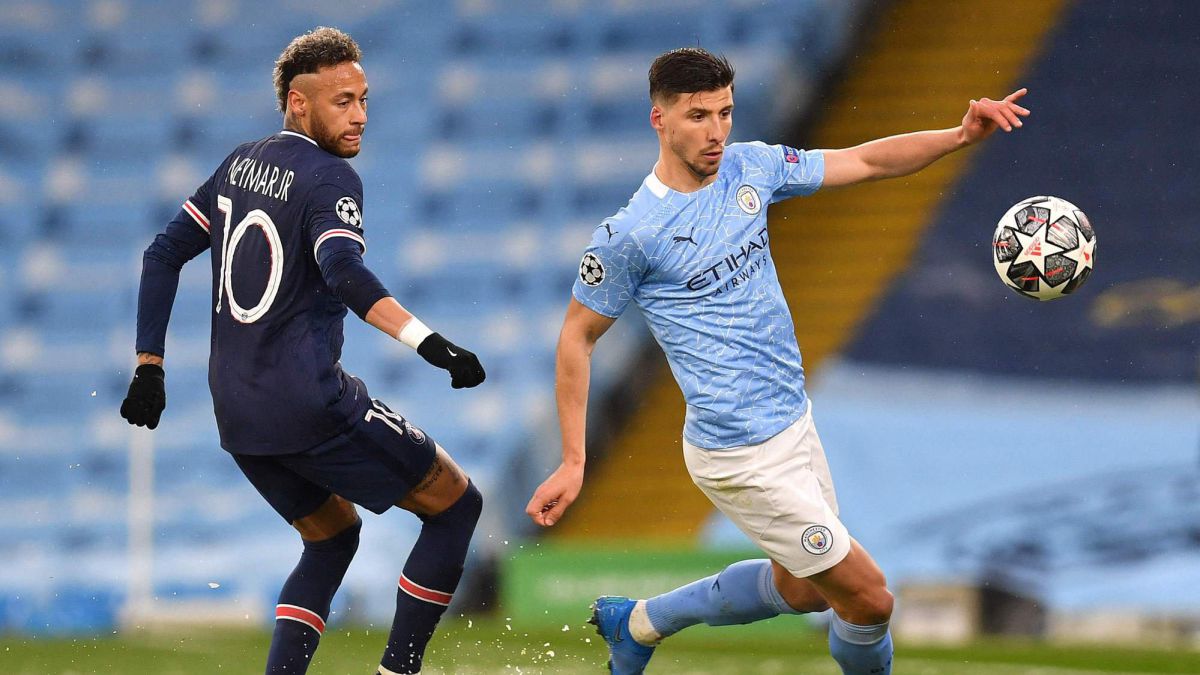 PSG was trying to get into the tie in the second half when Neymar approached the area, feigned with a shot and little by little the centrals came down on him. First it was Ruben Dias, then it was Stones and then Zinchenko, who rejected the Brazilian’s ball causing a corner. Manchester City’s magnificent defensive play ended in a hug between Ruben Dias, Stones and Zinchenko, as if it were a goal, for having kept their team with a clean sheet. Although it is only a simple example, it is the best image to represent what the English team did. In total, 14 shots blocked during the match, a fierce defense of the Ederson area.

Ruben Dias had a good fault for this attitude, who starred in three of those blocks. For his part, Stones rejected two while Zinchenko, Fernandinho, Bernardo and Mahrez covered one each, preventing PSG from having the slightest option of getting into the game.

At the end of the meeting, UEFA designated Ruben Dias as best man of the night: “I love it, I think he has been the best footballer in the Premier League this season. He has had an incredible impact on Manchester City. When you see him play or when you listen to him you don’t think he’s 23 years old. Good center-backs don’t They just play their own game, they play everyone’s game and they’re thinking of others because they lead the defense, “Carragher explained after the game.

Carragher himself compared the level of Ruben Dias with that of Van Dijk, whose prodigious performances also led Liverpool to the Champions League: “Van Dijk has physical attributes that Dias doesn’t have, so I’d say I’m more impressed with Ruben Dias. When you see Van Dijk it’s like watching a Rolls-Royce, the Most footballers don’t have that, so Dias has to concentrate more and always be on the right side. He’s at the same level. If we look at the other semi-final, Thiago Silva and Sergio Ramos are two of the best center-backs of their generation. but they are already reaching the end. We have also seen Van Dijk in recent years, but the new batch is coming and Dias is a big part of it, “he said.

Ruben Dias’ numbers speak for themselves. The Portuguese, who cost almost 70 million in summer, has played 46 games this season and has only lost three (37 wins and six draws), forming a dream couple with Stones, who has resurfaced from ostracism alongside Dias. Although he had a foot and a half outside Manchester City, Stones has regained ownership and when they have played together, the ‘citizens’ have been more solid than ever, even in the moments of maximum tension of this Champions League.

Reader ‘s opinion Finland is a big hunting country, but there is relatively little game