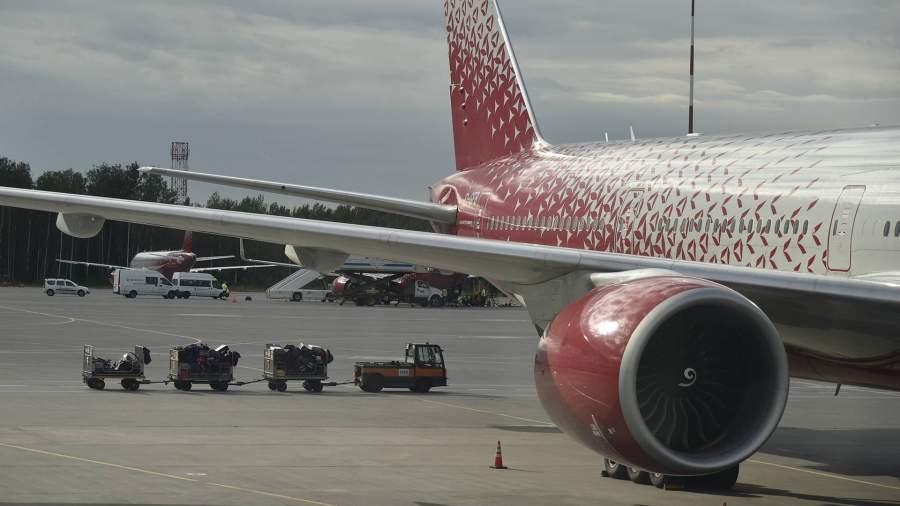 Rossiya Airlines expressed regret to the passengers about the situation and apologized for the inconvenience caused by the high temperature in the cabin on July 11 at Sheremetyevo. This is reported on July 13 REN TV with reference to the carrier’s press service.

Investigation into the circumstances of the incident on flight FV5625 Moscow-Antalya continues. The airline clarified that the airplane was cooled before and during passenger boarding from a ground air conditioner.

It took Sheremetyevo Handling, which provides the service, 10 minutes to replace the ground power supply. Despite the night, the temperature inside the plane began to rise.

“The passenger in seat 70C went to the front door (2L) and raised the handle to open it. As a result, the ladder was automatically released, ”the company added. When opened, the inflatable ladder broke, fortunately, its fire did not occur.

Prior to the conclusions of the experts, the airline asked representatives of public organizations and the blogosphere not to speculate on what happened.

On July 12, the passenger of the Moscow-Antalya flight, Vladimir Kuznetsov, who opened the plane’s door, explained the reasons for his act. According to him, he was convinced of the malfunction of the aircraft, in which the air conditioning system did not work. According to Kuznetsov, the passengers, including him, literally fainted from the heat.

After the incident, the passengers were disembarked from the plane and the airline decided to replace the aircraft. As a result, the departure delay was four hours.

Investigators began to check on what happened. They also intend to assess the actions of the flight crew.