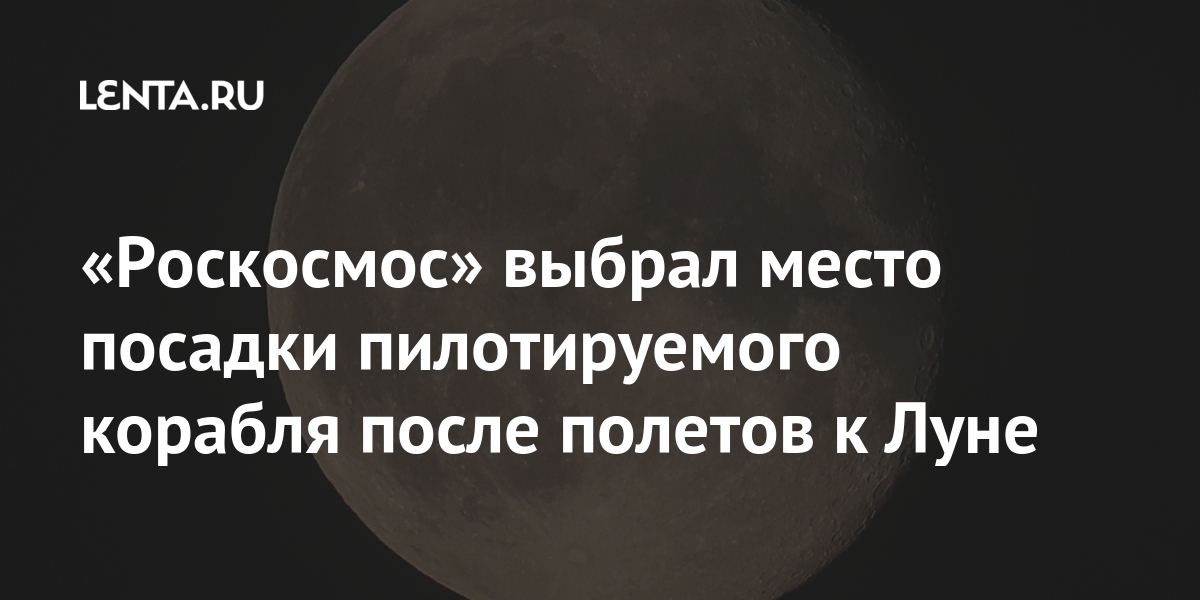 The state corporation “Roskosmos” has chosen the landing site of the manned spacecraft “Eagle” after flights to the Moon. This is stated in the documentation on the public procurement website. RIA News…

“At the stage of preliminary design based on the results of reconnaissance work for the regular landing area and primary service of the return vehicle of the manned transport complex, area number eight” Orenburg “was determined,” the materials say. It is planned to build a landing complex and a primary servicing complex for the Oryol spacecraft there.

It is noted that this place is located 64.5 kilometers southeast of Orenburg, in the Belyaevsky district of the Orenburg region. Its exact coordinates are 51 degrees 28 minutes 57 seconds north, 55 degrees 52 minutes 38 seconds east. There are no settlements within a radius of eight kilometers from the point. The nearest villages – Staritskoye, Tsvetochnoye and Kryuchkovka – are located about ten kilometers from this place.

Rocket and space corporation Energia has been working on the Eagle (former Federation) since 2009. The ship was planned to be created in two versions – for flights to low-earth orbit and to the moon. Subsequently, it was decided to create “Eagle” exclusively for flights to the Earth satellite. This ship has never flown before.

Resident Evil is having its own Muppet show! | EarthGamer

HS interview The world-shaking energy renovation is only ten years away, Fortum’s CEO predicts: “The energy sector has entered a relaxed atmosphere”