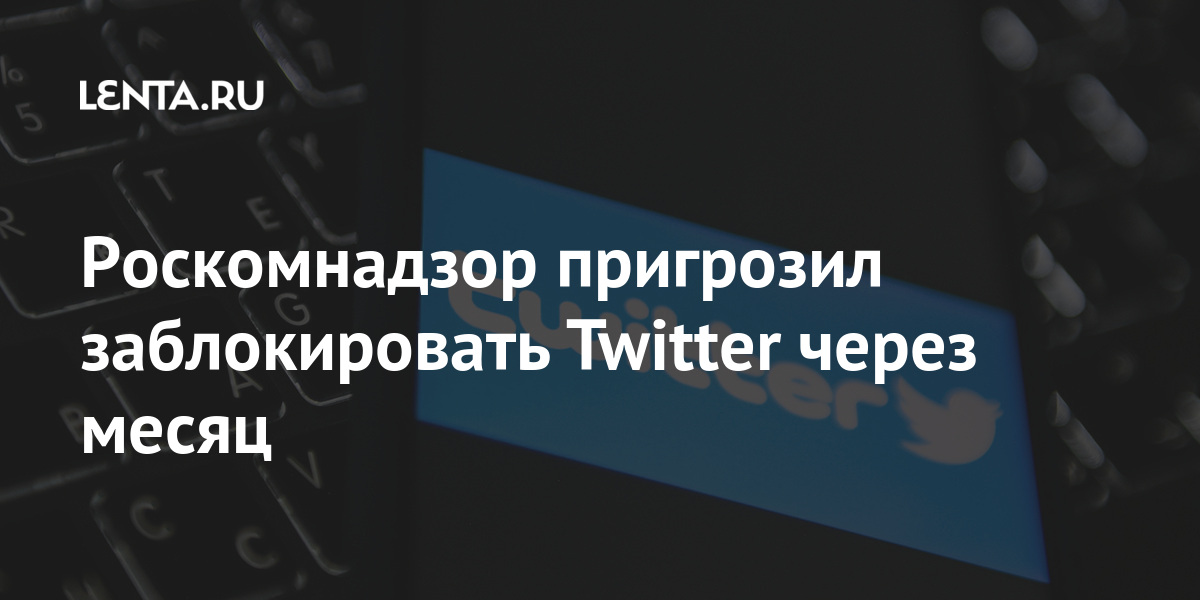 Roskomnadzor representatives threatened to block Twitter in Russia in a month. This will happen if the administration of the social network refuses to delete the prohibited information available on the platform, said TASS deputy head of the department Vadim Subbotin.

“We’ve taken a month and watched Twitter’s response to the removal of banned content. After that, depending on the actions of the administration of the social network, appropriate decisions will be made. If Twitter does not comply with the requirements of Roskomnadzor, the requirements of Russian legislation, accordingly, we will consider the issue of a complete blocking of the service on the territory of Russia, “- said Subbotin.

On March 10, Roskomnadzor slowed down Twitter in Russia. The regulator took such measures due to the fact that the moderators of the social network do not fully remove the content prohibited in Russia. At the same time, employees of the department promised to block the site if it does not make concessions. However, they did not name the exact dates of the execution of the threat at that time.

Soon after the restriction of access, Twitter representatives reacted to the measures of the Russian authorities. The company noted that it advocates for an “open Internet around the world” and is deeply concerned about “the increasing frequency of attempts to block and restrict public dialogue online.”

The cry of the forests on Tolupán land: 100 killed for protecting them