Roskomnadzor demanded to lift restrictions on posts with the Russian anthem 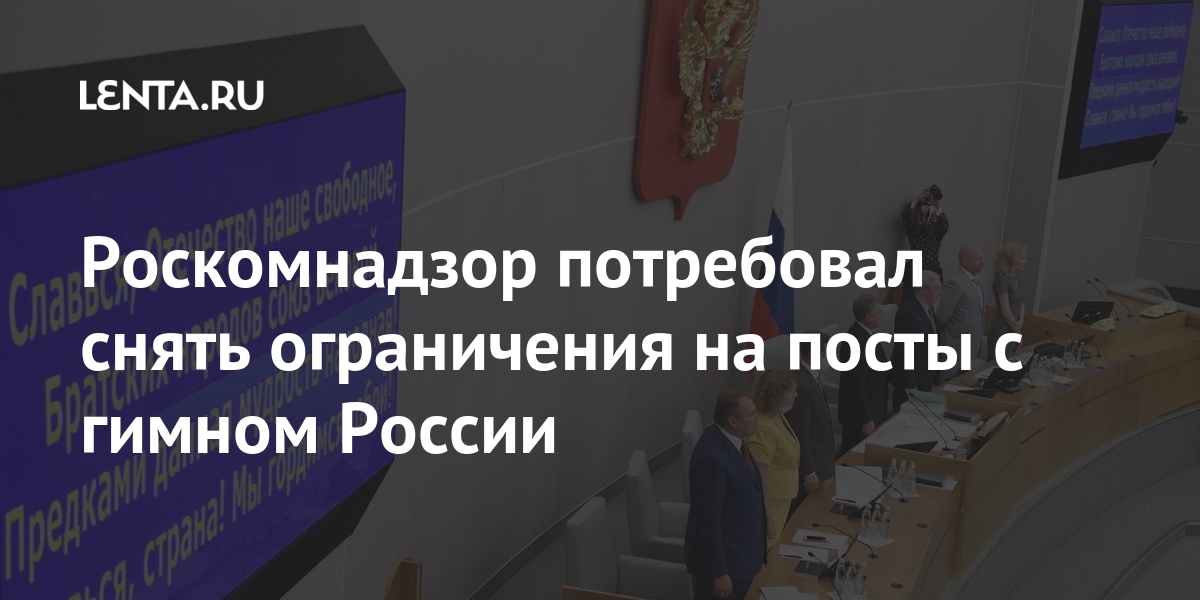 “The anthem, like other state symbols, is not subject to copyright. Blocking materials containing fragments of the national anthem of the Russian Federation is unacceptable, ”the department recalled.

Roskomnadzor stressed that in any country in the world, a public demonstration of state symbols by citizens is an expression of respect for the country. “The systematic and purposeful attempts of Western social networks to block content containing Russian state symbols offend the citizens of the Russian Federation,” they explained, calling for a respectful attitude to Russian symbols.

Previously, Instagram removed a video in which Anapa municipal deputy Hamazb Eiriyan sings the Russian anthem, due to copyright infringement. Eirian sang along to the hymn when he heard it on the radio and recorded himself in a story. The deputy tried to appeal the blocking, but could not figure it out, since everything was written in English.

Underground storage: CO2 can soon be shipped to Iceland

MLB The Show 21 is now available through early access