Roscosmos criticized Mask for plans to escape to Mars 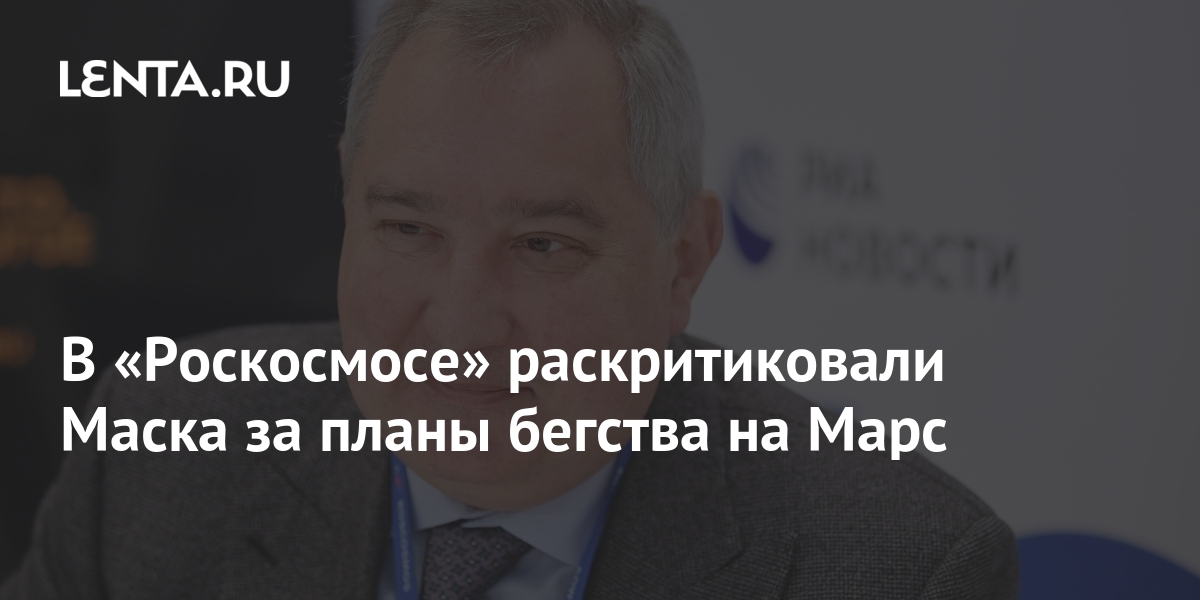 In the coming years, Roskosmos expects to create a space-based environmental monitoring system instead of developing plans for an escape to Mars. This was stated by the head of the state corporation Dmitry Rogozin, thereby criticizing the head of SpaceX Elon Musk, writes RIA News…

“On my instructions, specialists have already begun to create spacecraft designs capable of detecting dangerous actions against the environment, including carbon emissions,” Rogozin said.

The head of Roscosmos also emphasized that the main task today is to leave the next generations a clean nature and a favorable planet, “and not to look for ways for the chosen ones to escape from the dying Earth under a glass dome on an alien lifeless planet.”

Earlier Rogozin answered the question of NTV TV channel host Aina Nikolaeva about the “correspondence polemic” with the head of SpaceX Elon Musk. “This is spiritual closeness, it cannot be taken away. But as such, I do not see any controversy, we have complete agreement. We have to work, fly, master, so everyone does his own thing, ”said the head of the state corporation.