Rosa Parks was not the first to say ‘no’ 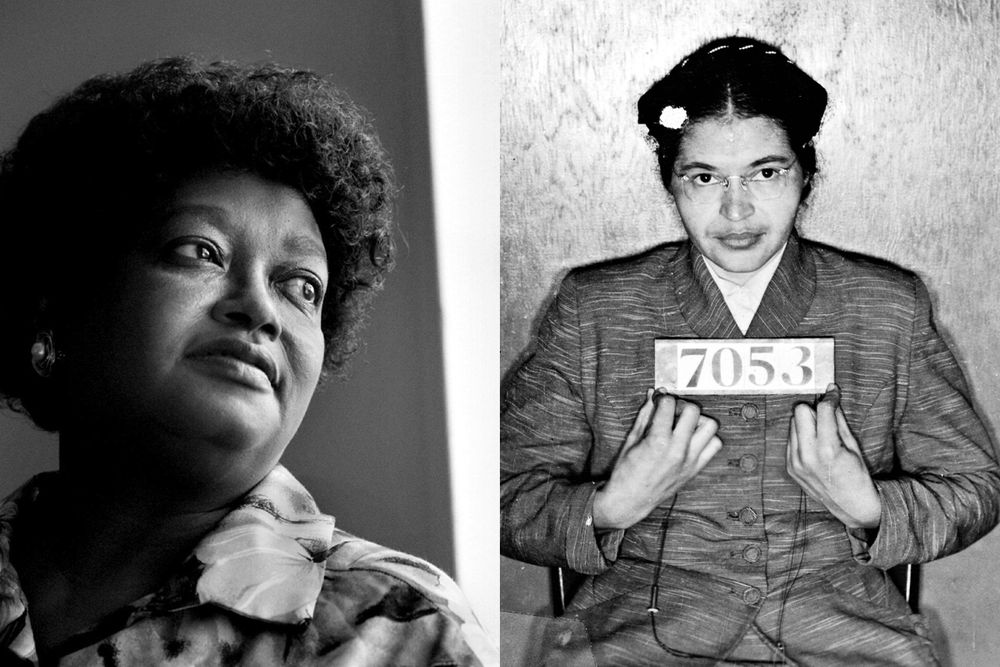 Can the political success of Felipe González be understood without the figure of Alfonso Guerra? Would Hernán Cortés have conquered Mexico without Malinche? Would Pierre Curie have been little more than a prominent chemist without wife Marie? Would Juan Ramón Jiménez have obtained the Nobel without Zenobia Camprubí? In the shadow. Secondary actors in the story (Editorial Alhulia), a choral work signed by 58 authors and edited by Milena Sanz, offers a forceful answer: no. Without them, the essay argues, the biographies of the figures they supported would never have been the same. Possibly, they would not even have achieved their goals or entered history.

PHOTO GALLERY: The secondary actors of the story that were erased by the official version

From María Pita to Hilma af Klint, the book ‘A la sombra. Secondary actors in the story ‘rescues the lives of 57 characters who were left in the background with respect to the myths of the past

The value of this book is to remember the lives of characters who are usually kept in the background in official stories –but whose biographies can be even more exciting than those of the protagonists– and who determined historical, religious events, discoveries or works of art and universal literature. However, they are hardly, or to a limited extent, taken into account in the history books.

Francisco Javier Martín Herrero writes in the epilogue: “Let’s not forget that it is a book that recapitulates lives, realities, a fabulous journey through the least told story. In short, this work is a vindication. To bring light to the gloom ”. And remember a Seneca quote that states: “Even when your contemporaries silence you out of envy, others will come who without favor or passions will do you justice.”

This is the case of Claudette Colvin, an African-American girl crushed by the figure of Rosa Parks. On December 1, 1955, Parks refused to give up his seat on a Montgomery (Alabama, United States) bus to a white man. For this, she was imprisoned and tried. His courageous action sparked a wave of protests across the country, forcing segregation laws to be changed or eliminated. This 42-year-old seamstress thus became “the first lady of civil rights.” However, it was not true. Nine months earlier, on March 2, 1955, Colvin, only 15 years old, took a bus and sat like Parks, with some friends, in the center of the vehicle. Four whites claimed their seats. The girl’s companions gave in, she did not. She awaited the arrival of the police, who dragged her out, handcuffed her and incarcerated her in an adult prison. She was sentenced for “assaulting the agents of the authority to a sentence of conditional jail and the payment of a fine.”

After that, the NAACP, an association for the defense of the rights of African Americans, launched a legal and media battle against racist laws. But Colvin in those days became pregnant with a white man and “could no longer become the symbol of the fight for civil rights in Montgomery’s African-American community.” Rosa Parks was then chosen as a “symbol of those civil rights.” “Claudette Colvin has not been able to return her rightful place in the history of the struggle for rights in the United States. There are still many manuals, museums, monuments or speeches that commemorate Rosa Parks or Martin Luther King, but they forget about Claudette “, says Mélissa Sánchez Mansencaut. “Both the leaders of the NAACP and Rosa Parks were interviewed at length about the events of 1955 and 1956, but they never mentioned the key role of Claudette and so many other African Americans who chose not to abide by segregationist norms.” The first ones who said no.

Auguste Rodin is considered the father of modern sculpture. Works like The Thinker, The kiss or the Bust of Victor Hugo they are part of the new concept of 20th century art. However, Rodin would not exist without Camille Claudel, the woman who “dominates the workshop aristocratically from her silent and incessant work, stained with the dust that the chisel throws at each hammer blow”. A sculptor like her husband, “the most favorable criticism was fierce, very fierce with her: it was not possible to imagine or accept that a woman had that mastery, that ability to transmit beauty, coming to qualify her spirituality as masculine and, therefore, impossible to come from a woman ”. They break up as a couple.

The woman of Siddharta

Yosodhara is the young woman whom the prince of Siddhartha chooses as his wife. “A woman who stars in a story of love and abandonment.” Because Yosodhara “had to stay. Yasodhara is she, the woman who illuminates everything with her presence, the Buddha’s wife, the young and beautiful woman that Prince Siddharta chose to marry, ”writes Mariví Domínguez. “We have all heard of Buddha and, to a greater or lesser extent, we follow, believe, admire his teachings and all the love and wisdom that he came to give to the world.” But few know that Siddhartha abandoned her, without even saying goodbye, while she slept, the first night of her son’s life. “Yasodhara stayed to teach us that it is not necessary to abandon or flee, that the truth is not out there, but behind all the layers of pain, shame and bitterness. Yasodhara, a story that completes and gives meaning to the journey of so many women who seek without knowing what, who walk wounded and overwhelmed and who at some point have wanted to flee or come to rescue them ”.

The 58 authors – academics, writers, economists, sociologists … – say that they have written the work for the benefit of the association Daydreaming, a non-profit organization that supports minors in shelters from marginal environments and unstructured families: children and young people whose lives do not have to take a back seat as the protagonists of the essay. They, with the help of society, also have the right to be actors in their own lives. Like Malinche, Clara Schumann, María Goyri, Zelda Sayre Fitzgerald, Felipe de Edimburgo or Alma María Margaretha Schindler …

Granada wants to continue making history against the mighty United