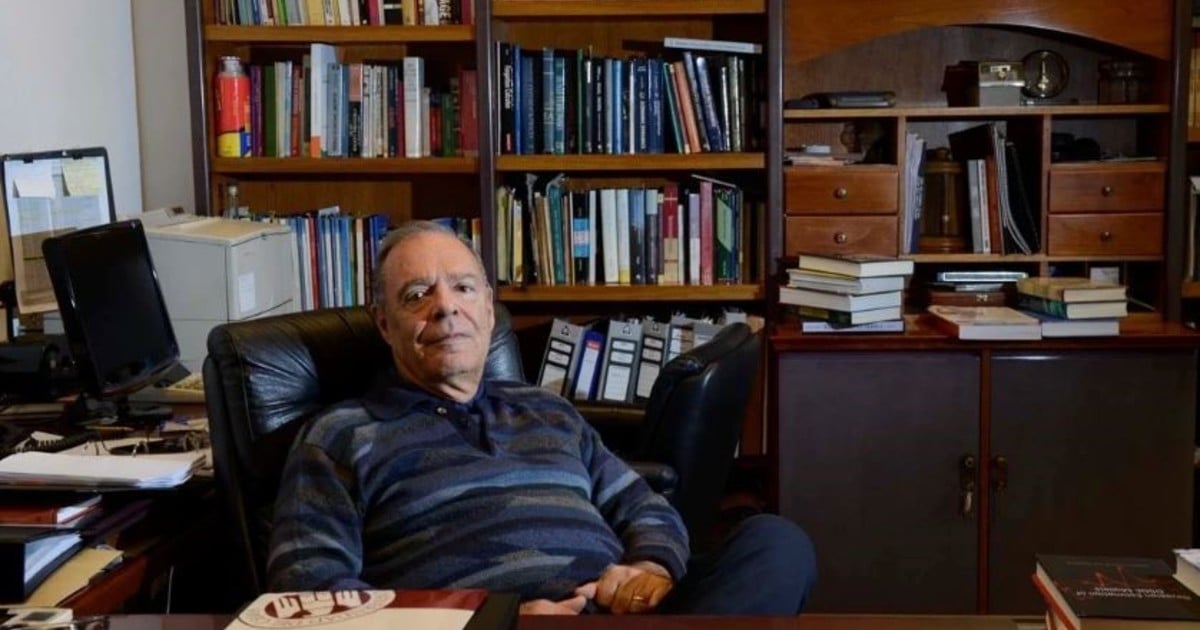 – How do you see the Minister of Economy Martín Guzmán?

In both the Juntos por el Cambio and the Frente de Todos governments, the figure of the Minister of Economy was limited to the renegotiation of debt. Their role is no longer the control of public spending, tax policy or rates. And it was seen now when Guzmán tried to make a rate adjustment and displace the undersecretary of Energy, he did not succeed. He is a minister with little power and that generates a lot of uncertainty because someone who can’t pay can’t show what steps he or she has to end the default.

– Who was the last minister with power?

With Carlos Menem we had all the powers to negotiate. I was able to make the first agreement with the Fund and then seven reviews. Domingo Cavallo with Fernando De la Rúa also. When Néstor Kirchner takes office, his position is “I am the Minister of the Economy.” A serious mistake because if the minister makes a program and it does not work or the social cost is high, it is changed without institutional crisis. But a president cannot be changed.

– But in 2001 there was an institutional crisis

The 2001 crisis caused the resignation of the president, but he could have changed the minister and continued. It was De la Rúa’s decision not to want to continue. The same happened with Alfonsín and hyperinflation.

– Guzmán cut the deficit sharply this year and now La Cámpora asks him to increase spending before the elections. What is the heading?

There was progress in adjusting spending and a decrease in the deficit but with price repression of tariffs. This generates debts in companies that are not adjusted to subsidies and stop renewing equipment, the quality of service loses and sooner or later the adjustment comes.

– How do you see the foreign exchange scenario?

The dollar is another repressed price and the escape valve is the dollar counted with liquidation or market, 60% higher than the official one with the aggravating factor that inflation is around 4% and the devaluation is less than 2%. The gap increases day by day. At this time it is viable due to the supply of dollars from the agricultural sector, but all exchange controls historically failed.

In this context, can inflation be lowered?

They have no instruments to reduce it. Due to the fiscal situation, Argentina requires an inflation of 40-60% per year, closer to 60% than 40%. Inflation in Argentina is dominated by government imbalances. The only control that can reduce it is the ordering of the accounts.

– With regard to debt, do you expect a default with the Paris Club?

The due date was not paid and there is a period of 60 days to discuss an extension. In bell, not paying debt is a story that pays for the ruling party audience. When the deadline is met, there will be an agreement with the Fund or US $ 2.4 billion will be paid to the Paris Club. The Fund is becoming increasingly populist and it is costing him more to support major reforms. If they reach an agreement, it is going to be a rare line that delays action.

– You said that since the Second World War, Menemism was the closest thing to liberalism in Argentina. Can it be repeated?

I am trying to make it that way, stimulating a different space at the Front of All and Together for Change with the union of more liberal parties such as the democratic or autonomist party. Another group that can do the things that Menem did in the ’90s. In the long term, there will be three spaces equally: the strong Peronist left, today Christianity; radicalism; and those that we do not agree with both. The disenchanted Alberto Fernández are going to split, I do not see Massa. They will lose voters and Together for Change, too.

– Finally, do you see any similarities between the previous management and this one?

On monetary and fiscal policy are very similar. The idea that with monetary mechanisms they can solve the fiscal problem is common and both will fail because of that.