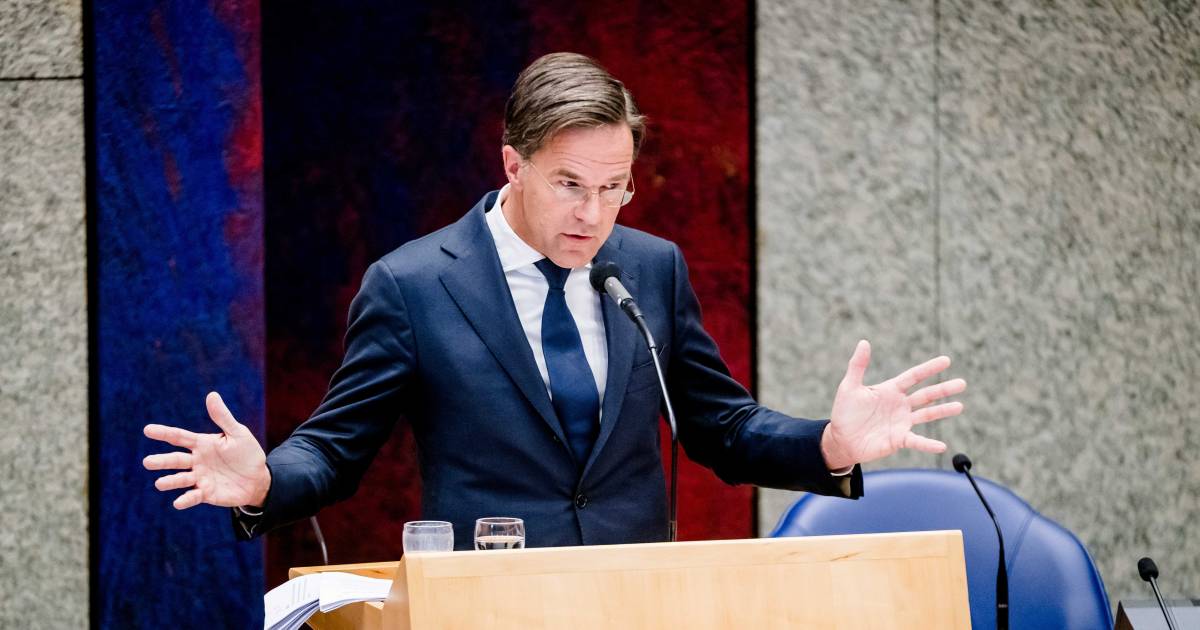 More than half a year after the hard-hitting report on the allowance affair, the House of Representatives sees that all the great promises have barely led to any progress. Especially outgoing Prime Minister Rutte has to suffer.

Sometimes it seems that nothing has changed at all. Thousands of victims of the allowance affair are still waiting for their money. There are still new revelations about failing systems and discriminatory government. And the cabinet still only sends documents to the House just before a debate.

CDA MP Inge van Dijk can get ‘pissed’. She has taken over the benefits file from Pieter Omtzigt, but the message has not changed. “The cabinet must do more justice to the position of the House”, she throws at the feet of outgoing Prime Minister Mark Rutte.

Other groups are also targeting the prime minister. “What have the apologies been worth?” wants to know PvdA MP Henk Nijboer. According to him, many people are still in misery. The repair operation is faltering: by no means everyone has received the promised 30,000 euros and it is precisely the people who have suffered much more damage that have to wait longer. “There is no solution yet. What has the Prime Minister done now?”

Rutte on the defensive

That attack seems to be spot on. Rutte shoots on the defensive. “It’s not like nothing happened,” he says. He says the work is “incredibly hard” and while this problem is obviously “chefsache”, his role must be appreciated: it’s not that he moved his desk to Finance. Rutte: ,,I can’t think of what you could do now to make the grass grow faster. Except to change everything again, but then it will take longer.”

It is a message the House has had enough of. The cabinet that resigned in January because of the harsh allowances report is still in the saddle – albeit resigned. There is audible doubt whether this government team can ensure that the problems are solved.

The fish will rot at the head

SP MP Renske Leijten is the most vehement: her group has therefore rejected government participation in a new cabinet under Rutte. “The fish is going to rot at the head,” she says. Leijten finds it inconceivable that top officials who have been heard under oath by the interrogation committee are ‘still high and dry’. According to her, Rutte is part of an ‘elite that looks down on people who are not successful’.

Rutte won’t let himself say that: “Nonsense!” He ‘loves this country’, sees every person as a unique person and opposes the way in which Leijten ‘smears’ members of the cabinet.

It is a fierce exchange of words, which, according to other groups, distracts too much from the key question: how will this affair be resolved? SGP Member of Parliament Chris Stoffer insists on a ‘more realistic planning’, in which no disappointment is ingrained. And VVD member Folkert Idsinga wants a fundamental approach, without constantly seeking confrontation. “We also have to get on with each other,” he says.

Because the House also knows: there is a huge chance that the next cabinet will be led by Rutte again.

Watch all our videos about the allowance affair here: