Roofs covered and windows shot up: hail the size of a chicken egg causes millions of damage 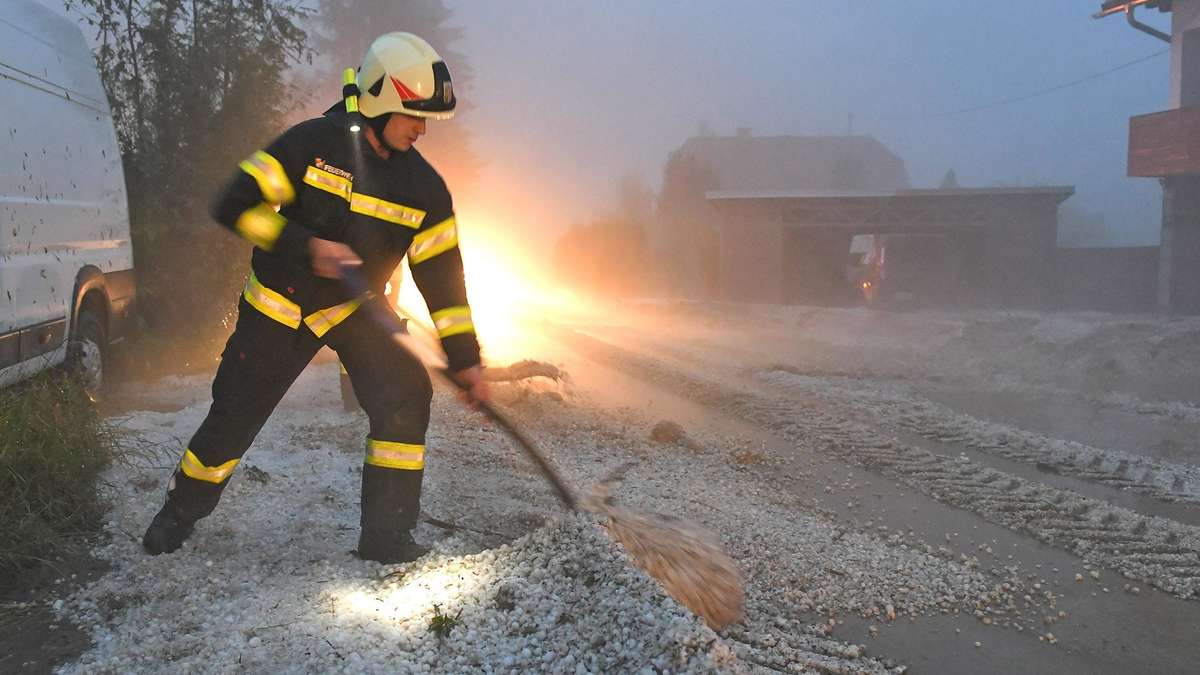 Massive storms raged in Austria on Tuesday evening. The storm front has left a trail of devastation.

Salzburg – hailstones were several centimeters in size – they are even said to have been hailstones the size of a chicken egg, report the Austrian media. According to ORF, snow plows had to be used in some cases to clear the streets of the massive hail.

The damage is enormous: Hundreds of trees fell. Storm and hail covered roofs. Glass houses, windows and car windows were downright shot to pieces. In agriculture, a record loss of 22 million euros was incurred within 24 hours, said a spokesman for the Austrian hail insurance company on ORF. An area of ​​40,000 hectares of arable, fruit and vegetable crops as well as grassland are badly damaged. “Within a few minutes, agricultural crops were downright chopped up,” said a spokesman.

The thunderstorms had moved over the Salzkammergut and Upper Austria on Tuesday evening. The fire brigade and other helpers went out on numerous missions. Videos can be seen how roads are transformed into rivers by the masses of water. Train traffic was also hindered. Pinsdorf in Upper Austria was hit badly. Here the hail was up to 40 centimeters high, reports the ORF – snow plows were used here.

After the heavy hailstorm, there is no all-clear for the time being. The Central Institute for Meteorology and Geodynamics (ZAMG) warns of further thunderstorms, with hail and storms: “During the evening hours, thunderstorm lines coming from Bavaria with potential for damage again form.”

Especially in Salzburg and Upper Austria there is a threat of thunderstorms with severe weather potential. There is an “orange” alert in the Linz area. Small mudslides, flooded streets and cellars are to be expected. The weather situation is also worsening in Bavaria. (ml with material from dpa) * Merkur.de is an offer from IPPEN.MEDIA