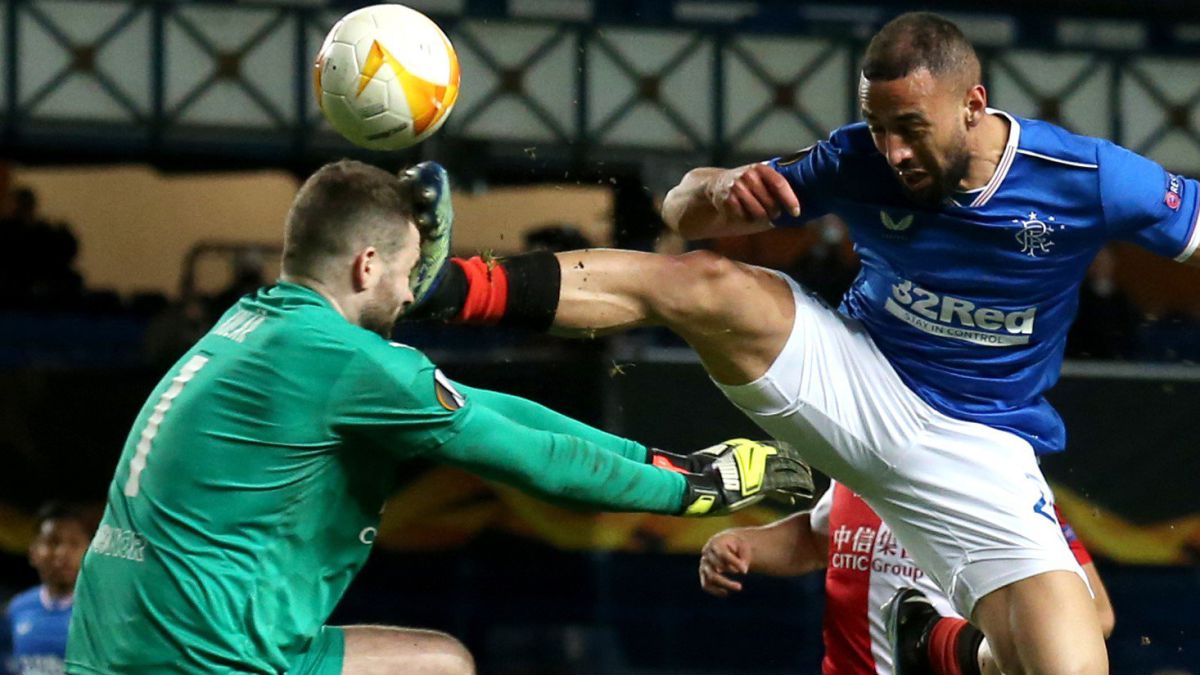 In the 62nd minute of the match between Glasgow Rangers and Slavia Prague there was a terrifying moment. Rangers forward Kemar Roofe, who wanted to contest an aerial ball, extended his leg and slammed his boot into the face of Slavia goalkeeper Ondřej Kolář. The action caused the goalkeeper a significant cut so he was immediately substituted while Roofe was expelled.

According to the Czech club on its Twitter, Kolář has been diagnosed with a fracture of his frontal bone and as soon as the team lands in Prague will be transferred to the hospital so that the injury can be carefully examined. At the end of the game against Rangers, Jindřich Trpišovský, Slavia coach, said he was horrified by the action: “It was a disaster. Seeing the mishap repeated, it seemed really scary.”

ℹ️ At night medical examination in Glasgow revealed frontal sinus fracture on Ondřej Kolář’s head. He will be transported to hospital after the team’s arrival to Prague. https://t.co/V1wVBrKPAn

Millions in damage: Bosch hall is on fire

Former diplomat on Sofa-Gate: “The EU is publicly tearing itself apart”