Rondo, the return to the Lakers to repeat Orlando’s success 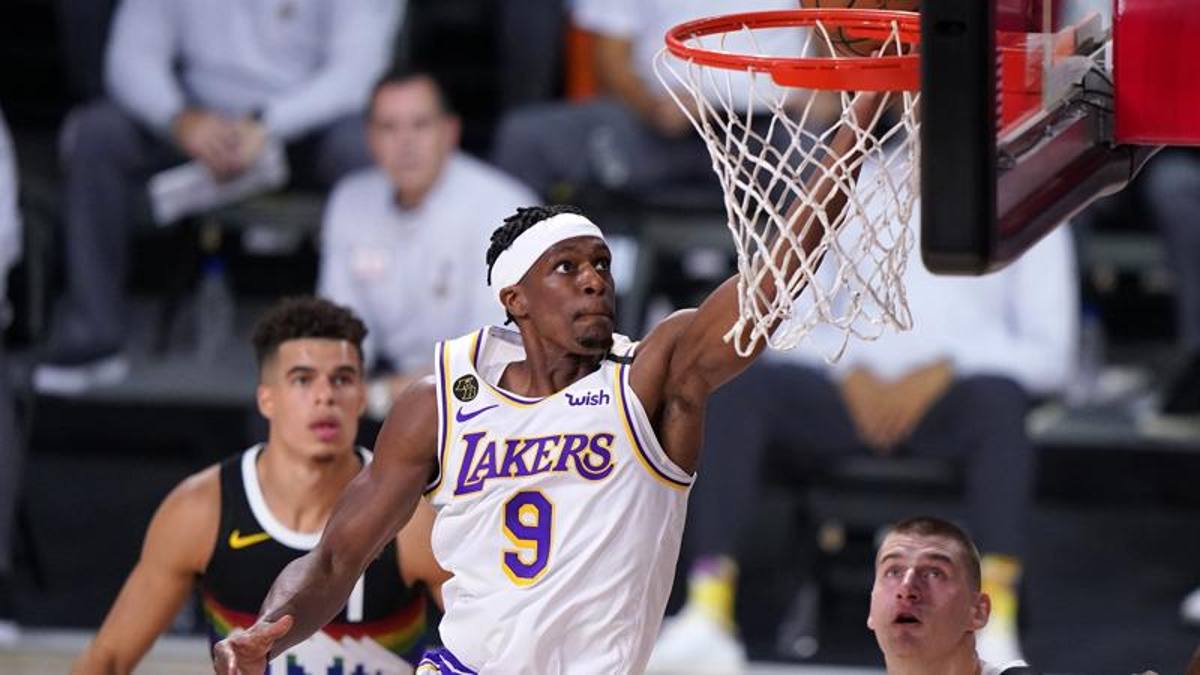 The play is back in yellow-violet, specifically wanted by LeBron, to try to repeat the victory obtained in the bubble in autumn 2020, when it was one of the determining factors during the playoffs

Rajon Rondo is officially a new Los Angeles Lakers player, for him an annual agreement at 2.6 million dollars and, above all, the opportunity to fight alongside LeBron James and Anthony Davis to repeat the success obtained in the Orlando bubble in the fall. 2020. A romantic and functional return for the yellow-violet, particularly lucrative for the player, who will also receive the overall 7.5 million dollars also deriving from the buyout with the Memphis Grizzlies. Rondo wants the title and LeBron James knows that someone like him is better to always have him on your side, especially in early June when the champions make the difference on the NBA parquet.

To fully understand the significance of the acquisition of Rajon Rondo by the Los Angeles Lakers, it is not necessary to fathom the very important career (4 times All Star and 2 times NBA champion) of the native of Louisville, Kentucky, but it is sufficient to analyze the technical impact. and mental in the 2019/2020 season, the one that brought the 17th title in the history of the franchise to the yellow and purple and that saw Rajon as a great protagonist during the playoffs. Rondo was nothing short of pivotal in the purple and gold ride to the title, especially in the complex and singular postseason within the Orlando bubble. Just take a little step back in time to air your memory. LeBron James, the team’s designated point guard earlier that season, wasn’t forced into a one man show to lift the Larry O’Brien Trophy. And this is where Rondo comes in. The Lakers, in fact, leaned several times on his shoulders to be able to find a total basketball identity in the Playoffs and thus elevate their basketball in the decisive moments. Amidst a lot of skepticism, Rondo literally changed the technical perspectives of Los Angeles off the bench, bringing as a gift to the team superfine game vision, old-fashioned defense, extra technical content and, above all, tons of leadership to draw from. Those playoffs were yet another proof of the existence of the much celebrated and unspeakable “Rondo Effect”. In the final series against Miami, in particular, the LA reserve playmaker would probably have been the second most deserving Laker, preceded only by LeBron, to receive the MVP of the Finals award. Decisive in an all-encompassing way, in every nuance and imperfection, also from the point of view of the offensive turnover and the baskets “that matter”. The Lakers in those Playoffs in the bubble, with Rajon Rondo on the court, always played with an additional technical advantage over their opponent. It is precisely for this reason that his departure, which took place during the 2020 offseason, proved enormously deleterious for the team of coach Frank Vogel. Los Angeles fans don’t even want to hear about the replacement – Dennis Schroder, former Sixth Man of the Year candidate.

Across the Staples Center corridor, virtually passing through Memphis, where he had been traded by the Clippers with Patrick Beverley, the last survivor of those bad boys trained by Doc Rivers, capable of making money for the Steve Ballmer franchise new credibility within the league after Chris Paul’s bloody departure in the summer of 2017. Rondo returned to the Lakers to return himself, in his basketball and human complexity, to the technical project led by Coach Vogel and LeBron James (and Rich Paul?). A project that without him had lost its authenticity and unpredictability, fossilizing itself into disillusioned expectations and internal lacerations. And it is paradoxical to think of the Clippers, who in order to get his services from the Atlanta Hawks (where Rondo did more damage than hail inside the locker room) last March were forced to deprive themselves of Lou Williams, two picks in the second round and a handful of bucks. , who now see him as an opponent on the other side of the corridor wearing the shirt of the bitter (and never equaled) city rivals. Just him, signed last season to aim for the title and never really seen in optimal technical and mental condition during the playoffs. At the Lakers version 21/22, Rondo will have to share the stage with Russell Westbrook, starting point guard (and God forbid) in the ideas of Frank Vogel, and therefore it is legitimate to imagine a partially different management compared to his last experience with yellow and purple. One thing is certain: LeBron and the LA front office wanted it strongly. Rondo is capable of extraordinary things on court and is still one of the best passers in the league today. At 35 years old (he is “only” the 6th oldest player on the team) the Louisville magician can still have his say. In a basketball all of advanced statistics and stratospheric individual numbers, Rondo’s technical unpredictability and self-sufficient madness can still make a difference. The 17th Lakers title, up there in the Staples Center ceiling, is there to testify.