Ronald Koeman will continue as coach of FC Barcelona 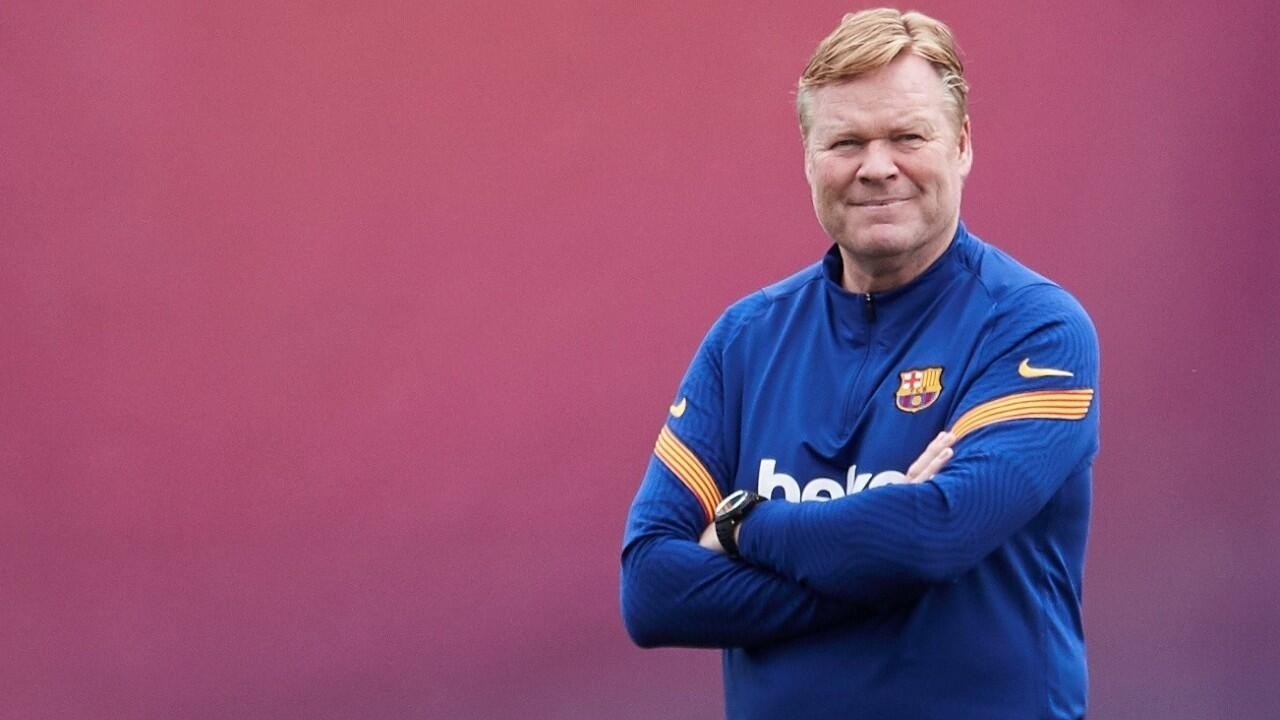 After analyzing the recently concluded Spanish football season, where the Blaugrana team finished in third position, the club’s board of directors confirmed the continuity of the Dutch coach for the next campaign. Now, the leadership’s work is focused on hiring new reinforcements after the signing of Sergio Agüero, Eric García and Emerson.

In August 2020, the former player of FC Barcelona and the Netherlands team, Ronald Koeman, arrived in Barcelona to take over the reins of the club to which he gave a European Cup as a player thanks to a goal scored at minute 111 against to the Sampdoria of Italy.

The announcement, made by the then board headed by Josep Maria Bartomeu, would serve to calm a fans that had been afflicted after falling in the quarterfinals of the Champions League 2019-2020 against Bayern Munich with a score of eight goals by two ( 8-2).

A year later, with a new turbulent season behind him, in which the club was affected by the arrest of Bartomeu, the elimination in the Champions League (this time against Paris Saint-Germain in the round of 16) and the loss of La Liga in the final days, everything seemed to indicate that the Dutch coach would leave the Blaugrana bench for next season.

However, the 58-year-old technical director received an accolade from the board of directors, who want to have him at the head of a project that is beginning to be formed at the club and that has required the arrival of players such as Sergio (Kun) Agüero, the Argentine forward , and Eric García, a Spanish defender) both from Manchester City in England, as well as Emerson, the Brazilian side who was on loan to the Spanish team Betis.

“It has been reflected and it has been decided to continue with Koeman because we are satisfied with how this period of reflection has gone. We have gotten to know each other better. Ronald has had an impeccable behavior and solutions have been sought for minor differences. That it continues is the best for Barça “, said Joan Laporta, current president of the institution.

According to the maximum spokesman of the Blaugrana board, for the moment Koeman will fulfill the current contract with which he arrived at the club. “The conversations were to reflect and make decisions. The year he had, he was independent and has not conditioned us (…) The problem was not contractual, his representative came thinking that we were going to discuss contractual issues, but it was not necessary”, Laporta added.

The continuity of Koeman at the head of FC Barcelona required, in addition to the period of reflection requested by the board, the maturity of the Dutch coach, who allowed Laporta to analyze the coaching market for next season.

According to the Spanish media Mundo Deportivo, Laporta wanted Josep Guardiola to return to the Blaugrana bench, an option that was unlikely. Additionally, the media highlights that Xavi Hernández, a former club player and current Qatari Al-Sadd coach, was not an option despite the rumors that linked him to the team.

During his first season in charge of the club, Koeman managed to win the Copa del Rey, the 31st of the team in its history. His balance in a total of 54 games was 34 wins, 9 draws and 11 losses.

New incorporations, the next job of the board

The hiring of the board for next season has not been limited to the field of play. In the club offices, new characters, whose faces are known and familiar in the institution, will be observed in the coming months.

One of them is Jordi Cruyff, who will join the club’s sports area as of August 1. Spanish media such as Marca have stated that Koeman was satisfied with the hiring of Cruyff, with whom he shared as a player during his last season in Barcelona in the 1994-1995 season.

On the other hand, on the sporting level, to improve the club’s performance, the arrival of other players has been planned. Agüero, García and Emerson are already pieces of the group, and even so the board is working to add the Dutch Georginio Wijnaldum (currently in Liverpool) and Memphis Depay (Lyon, France), who had been requested by the coach last summer .

“Next week we will announce a new signing,” Laporta said at a press conference, but without offering further details.

With EFE and Spanish media