Ronald DeFeo, the ‘possessed’ killer who inspired ‘Terror in Amityville’, has died 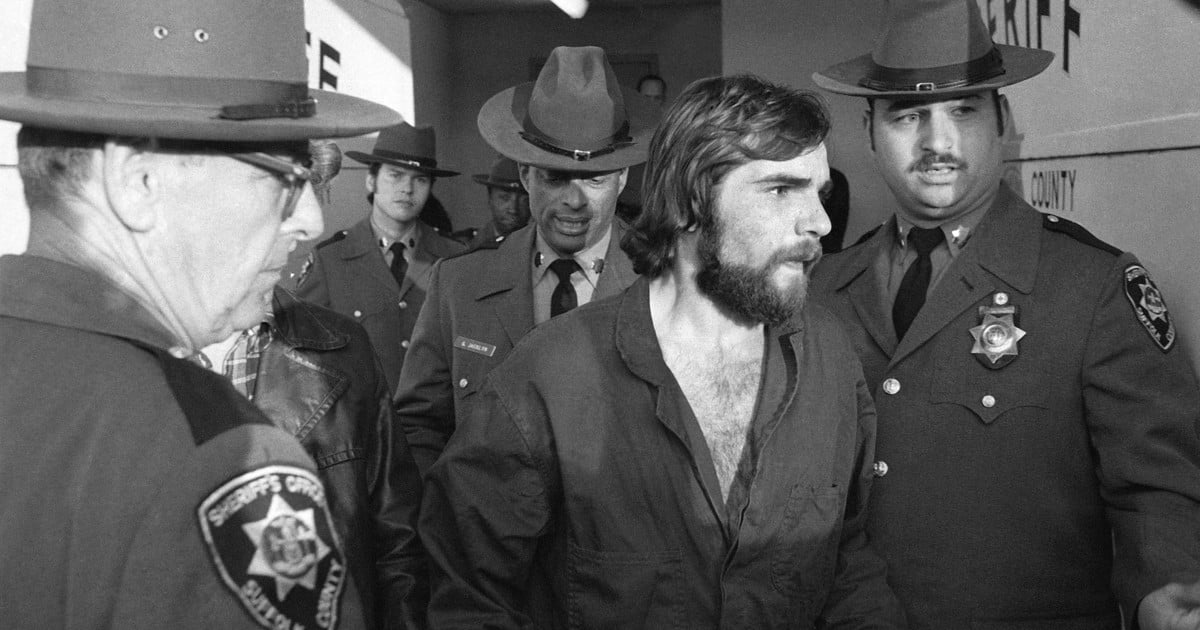 Ronald DeFeo Jr., considered one of the most ruthless murderers in American history by killing his entire family in cold blood in 1974, died in the last in a hospital, while serving a life sentence. He was 69 years old and spent the last 46 years in prison.

After murdering his parents and four younger siblings in the family home of Amityville, New York, DeFeo claimed that he had done it on the orders of demonic voices. When it came to light, the macabre story inspired countless books, documentaries and films, including the classic “Terror in Amityville”, 1979.

The murderer had been detained since 1975 at the Sullivan Correctional Center in Fallsburg. As specified The New York Times, on February 2, he was transferred to receive medical attention at the Albany Medical Center, where he finally died. The New York State Department of Corrections and Community Oversight reported that they are waiting for the autopsy result to establish causes.

The house located at 112 Ocean Avenue in Amityville, where the massacre occurred.

Nicknamed “Butch“He worked with his father at Brigante – Karl Buick, a large car dealership on Coney Island Avenue in Brooklyn. Amityville residents themselves described him as a young man with drug and alcohol problems, and involved in recurring fights.

On November 13, 1974, at the age of 23, DeFeo entered a bar near his home, warning that his entire family had been murdered. After a call to the police, both his parents and his four brothers were found dead in their beds. They were face down and had been shot with a rifle Marlin 35 caliber. The adults received two shots each and the children, one. No signs of fighting or sedatives were detected, so they would have been shot while they slept.

Initially, DeFeo blamed the attack on a mob hitman. But once at the police station, where he had been transferred for his own safety, his contradictions raised doubts about this version. Just a day later, the eldest son of the DeFeo family He confessed to being the author of the crimes.

“Once I started, I couldn’t stop myself. Everything happened very fast“He pointed out to detectives. He also revealed that after taking a bath, he discarded the most important evidence, such as the bloodstained clothing, the rifle and the cartridges.

This is how the bodies of DeFeo’s parents were found.

In 1975 the trial began in which the murderer’s lawyer aimed to demonstrate DeFeo’s state of insanity. To do this, he argued that his client listened voices in your head who said his family was plotting against him. Although the experts confirmed that he had addiction problems, they affirmed that he was aware of his actions. On November 21, seven weeks later, he was found guilty and sentenced to six 25-year sentences. A virtual life sentence.

Over the years DeFeo tried to change his version several times. He acknowledged that the theory of diabolical voices that prompted him to commit the crimes was a idea from your lawyer to get more attention. In 1986 he declared that his mother was the author of the shots, something dismissed as “absurd”.

In 1992, he requested a new trial, claiming that his sister Dawn and two accomplices had committed the murders. And that he killed the girl when he discovered the crimes. But his request was also rejected by the court. Traces of gunpowder were found on Dawn’s hands during the investigations, suggesting that she may have operated a weapon, although this line of investigation was not taken into account and never advanced.

For more than 45 years, the Amityville home has been surrounded by legends and denials.

The possibility that another attack might have intervened simultaneously was always latent. One of the big questions is how none of the victims woke up despite the eight shots. Neighbors didn’t hear noises either. And police confirmed that the assailant did not use a sound suppressor.

DeFeo also failed in his repeated requests for parole. A new hearing was scheduled for next July.

The real motive for the killings was never clear. At trial, the prosecution claimed that the criminal was looking for his parents’ insurance money. Others, on the other hand, pointed to substance abuse, psychological problems and the bad and strained relationship with their father. The truth now went to the grave with DeFeo.

The “haunted” house of Amityville

Meanwhile, the original home at 112 Ocean Ave continues to be a source of stories. As detailed The New York Post, your number was changed to avoid the arrival of tourists and fans of the horror stories that were mounted around her. In addition, the eye-shaped windows in the attic were replaced by normal windows with open shutters.

After the brutal crimes, the three-story, colonial-style home stood empty for 14 months, until it was bought in December 1975 by George Lutz, who paid $ 80,000 to William Weber – DeFeo’s attorney – and moved in together. his wife Kathleen, their three children and their dog. “Ghosts don’t kill, houses don’t kill, only people kill“Lutz pointed out, downplaying the immediate background of the place.

However, the family stayed there only 28 days and left the house for strange episodes such as inexplicable sounds, voices, viscous liquids that came from the walls and a constant bad smell.

These facts were later denied under accusations of fraud, since DeFeo’s lawyer would have contacted the Lutzes to give force to the theory of diabolical voices and thus alleviate the judicial situation of his client.

Either way, George and Kathy believed the events were real and even took a polygraph test to substantiate their visions, and they both passed.

The movie The Amityville Horror (Terror in Amityville), from 1979, precisely recounts the paranormal episodes of the people who inhabited the property after the murders. From director Stuart Rosenberg and with Jay Anson’s book as a script, the film was nominated for an Oscar for best soundtrack and spawned several remakes, prequels and sequels.

The claims of the Lutz family caught the attention of Ed and Lorraine Warren, the paranormal investigators whose true stories inspired the film saga The spell. Warren themselves later revealed everything they suffered during this investigation.

“They attacked us the first time we entered the house, and that is very unusual. The case itself has affected our personal lives more than any other case we have worked on in fifty-four years of investigation. We have been involved in dangerous diabolical cases, we have been involved with levitation and blood coming from someone’s eyes. All kinds of bad things. But that case followed us into our house, ”Lorraine admitted in an interview.

Even during their presence in the house, they managed to capture a photo where you can see the figure of a child.

The “ghost boy” photo taken by the Warrens.

The legends about the origin of the “curse” of housing are various. Reportedly, a man named John Ketchum Coming from Salem who practiced black magic, he had a cabin on the land where the house was built in 1924. One of this man’s wishes would have been to be buried there.

Another version is that the place was used by the Indians Shinicock to house the sick and insane, who were left there to die.

They rescue and transfer to the hospital the driver of a truck that overturned on the A-30 highway, in Murcia

Capdepera town hall breaks off relations with the Guardia Civil