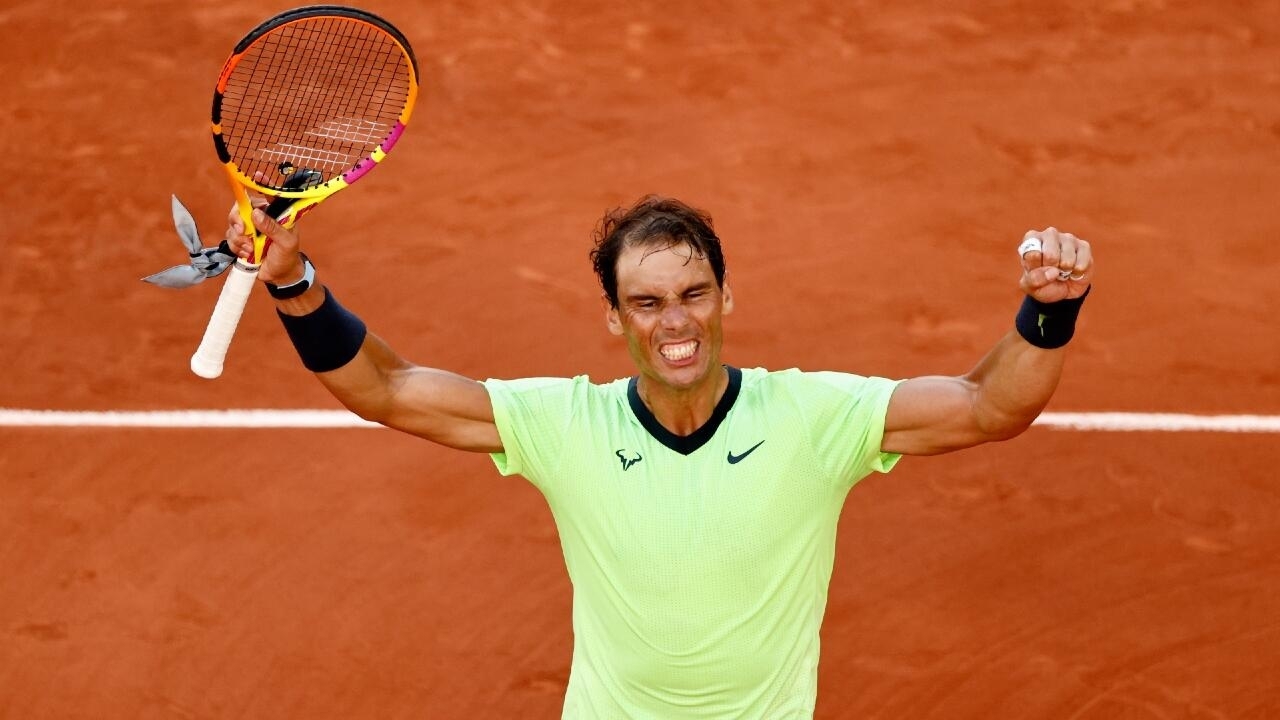 This Monday the round of 16 crosses were completed in Paris. The favorites Novak Djokovic and Rafael Nadal made it into the top eight although they had to go through some difficulties. Argentine Diego Schwartzman maintained his good moment and continues without giving up sets. Among the women, defending champion Iga Swiatek remains steadfast, as is sensation Cori Gauff. Chronicle from Paris.

The second week of the Roland Garros tournament began. The surprises have come mostly in the women’s team, which is still open forecast, as in recent years.

This Monday, June 7, it opened with an expeditious Cori ‘Coco’ Gauff. It took her 53 minutes to defeat Tunisian Ons Jabeur 6-3, 6-1 on the Suzanne Lenglen court. With this triumph, the 17-year-old American qualifies for the first time in the quarterfinals of a ‘Grand Slam’ competition.

It was also a quick game for Barbora Krejcikova’s 6-2, 6-0 win over American Sloane Stephens – a finalist in 2018 – in 1 hour and 17 minutes. The 25-year-old Czech, 33rd in the WTA ranking, will also make her debut in the quarterfinals of a major tournament. They will be measured against Gauff, so one of the two will continue with their unprecedented Parisian adventure.

Last year’s finalist in Paris, Sofía Kenin, was defeated in straight sets (6-1 and 6-3) by Maria Sakkari. The Greek showed her qualities in defense against the American, who was very erratic.

Like the two aforementioned, Sakkari will play her first quarter-final match in a ‘Grand Slam’ and it will not be an easy challenge: she will face the reigning champion Iga Swiatek.

The day of this Monday ended with the duel between the Polish and the Ukrainian Marta Kostiuk. A game that is part of the “night sessions”, night games and that due to the curfew are played without an audience. It should be noted that the atmosphere of these matches is quite particular on the central court, where in addition to the players’ surroundings, the journalists are the only ones present and act as the audience with occasional applause.

In this context, the battle between Swiatek and Kostiuk started very evenly. But the Polish found the way and stayed with the first by 6-3. In the second set, the Ukrainian continued with a fierce defense, playing deep balls. But the formula didn’t quite work for him and he ended up hitting his racket on the ground in disappointment. Swiatek knew how to control the situation to conclude the second set 6-4.

Swiatek assured at the end of the match that it was difficult for her to adapt to the playing conditions with the stadium lights, which at times dazzled her. With this victory (the 11th in a row at Roland Garros) and without giving up a single set, at 20 she is the great favorite to be crowned again in Paris.

On the other side of the table are two other debutants in the quarterfinals of large competitions, who will face each other: the Slovenian Tamara Zidansek and the Spanish Paula Badosa. The remaining duel of the key will confront the Kazakh Elena Rybakina and the Russian Anastasia Pavlyuchenkova.

Lorenzo Musetti achieved against Novak Djokovic what no one had been able to do in this edition of Roland Garros: put him in danger.

The 19-year-old Italian came out without fear before the world number one and complicated the game for the Serbian, taking the first two sets in two ‘tiebreaks’ by 7-6 and 7-6. But Novak Djokovic, with his experience and tenacity, managed to counterattack and win the next two 6-1 and 6-0 against a diminished version of Musetti.

The Italian tried to compete again but cramps and pain in his lower back prevented him and ended up withdrawing from the match in the fifth and final set that the Serbian led 4-0.

Djokovic will face another Italian, Matteo Berretini, who went to the quarterfinals after Roger Federer’s withdrawal from the tournament. The Swiss made that decision to preserve his knee operated twice last year and thus arrive in good condition at Wimbledon, with the grass being the surface that has favored him the most throughout his impressive career.

The next match on the court Philippe Chatrier faced Rafael Nadal, 13 times champion in Paris, and Jannik Sinner, 19 years old. The Spanish and the Italian had already met in the last edition in the quarterfinals. The one from Manacor won in three sets on that occasion but not without going through discomfort. Something that is rarely seen because Nadal at Roland Garros feels like he is at home.

But the process started again with complications for Nadal. Although the Spanish started with a break in favor, Sinner reversed the development and had the possibility of serving 5-3 to stay with the first set, just as it happened in 2020. But between the errors and the nerves of his opponent, the Spanish knew break through and stay in 59 minutes with the first set 7-5.

Sinner tried to come back in the second, but Nadal in Paris is unbeatable. Here he is filled with confidence even in difficulty. His game improved and he made fewer and fewer mistakes as the match progressed. In this way, he took the remaining sets 6-3 and 6-0 to advance to the quarterfinals.

Nadal will face Diego Schwartzman in the next round. A new possibility of revenge for the Argentine and a great obstacle to reach at least the semifinal, a round that he reached in 2020.

The ‘Peque’ knew how to suffer and then enjoy. A bad start in the first set led him to be 1-5 and 15-40 down against German Jan-Lennard Struff. But from then on he gave a huge battle to come back and win a disputed tiebreak 11-9.

The encounter never diminished in intensity. Struff has a powerful service, up to 204 kilometers per hour on average (against 100 miles for Schwartzman), but his unforced errors (53 in total) and not knowing how to solve the key points took their toll.

At times, the Parisian public supported Struff. “Still I love them,” said the Argentine laughing to those present at the end of the match and thus continues his good streak at Roland Garros 2021, where, so far, he has not given any sets.

The quarterfinals of the men’s team will begin this Tuesday, June 8, with duels of the new talents: on the one hand, the German Alexander Zverev and the surprising Spaniard Alejandro Davidovich Fokina will collide, and on the other hand the Greek Stefanos Tsitsipas and the Russian Daniil will meet. Medvedev.