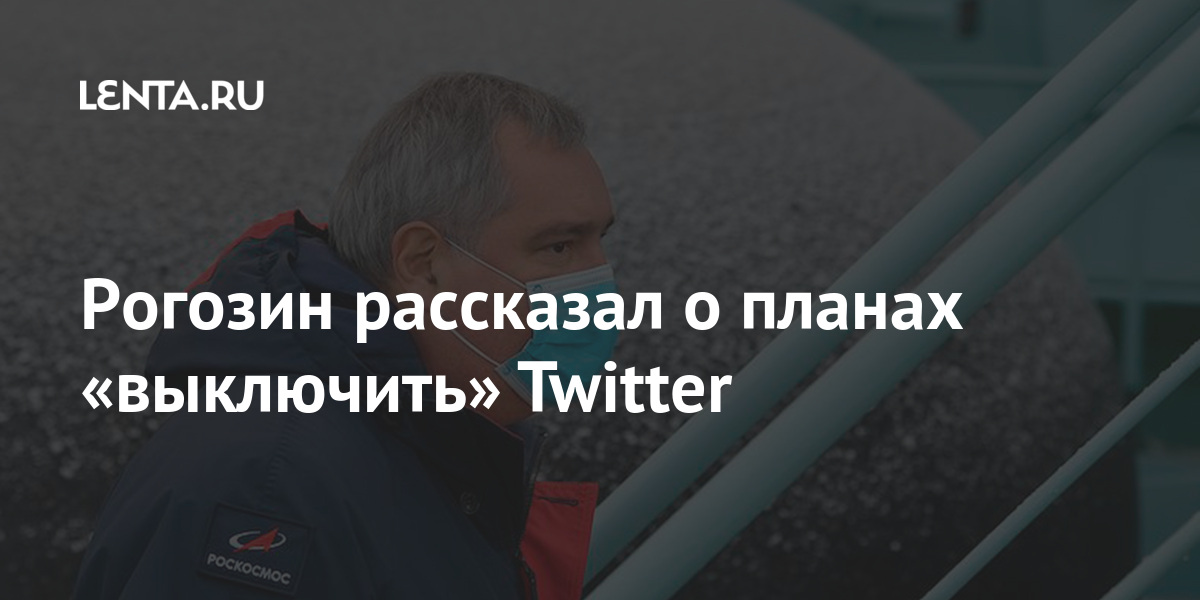 The head of the state corporation “Roscosmos” Dmitry Rogozin said that he plans to “turn off” Twitter. Rogozin’s words are quoted TASS…

“A year will pass, the first results of work, a lot of work will come, then the information agenda will change, and I will finally be able to turn off this ill-fated Twitter,” the head of Roscosmos said at a meeting with journalists on Wednesday. Apparently, by “turn off Twitter” Rogozin meant that he would stop blogging on the site.

Also, the head of the state corporation noted that “he calmly reacts to everything that happens.” Rogozin recalled that he has been using Twitter since 2009, while working as the Permanent Representative of the Russian Federation to NATO. He stated that he created a blog to combat misinformation.

More than 750 thousand users have subscribed to Dmitry Rogozin’s Twitter page. Rogozin publishes the results of his organization’s work and communicates with subscribers.

On March 16, representatives of Roskomnadzor said they could block Twitter on Russian territory in a month. Blocking will happen if the administration of the social network refuses to delete the prohibited information available on the platform. On March 10, the department began to slow down the speed of the social network in Russia.