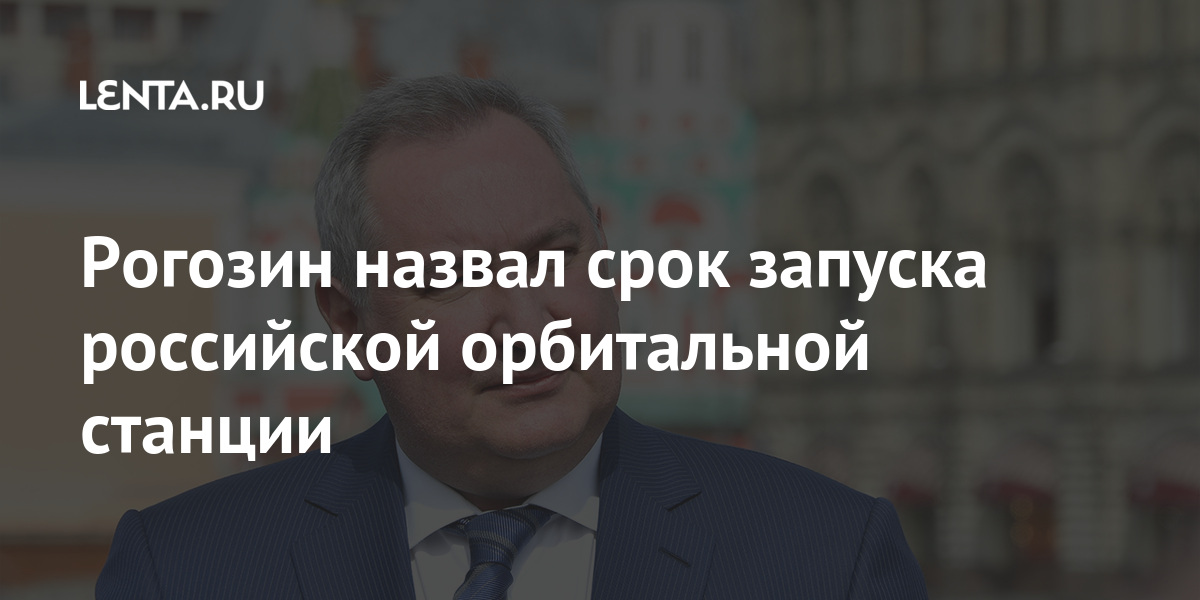 The first (base) module of the new Russian space station will be ready for launch in 2025, reports TASS statement by Dmitry Rogozin, general director of Roscosmos.

Overtaking Russia: who and how builds new missiles in the USA

“The first base module for the new Russian orbital service station is already in operation” – wrote on Twitter, the head of the state corporation.

Rogozin named the Rocket and Space Corporation (RSC) Energia the creator of the new module, which “has been tasked in 2025 to ensure its readiness for launch into the target orbit.”

In April, Deputy Prime Minister Yuri Borisov announced that Russia in 2025 will withdraw from the International Space Station (ISS) project and begin to create a new national orbital station. In the same month, the official said that the situation related to the aging of the ISS structures was becoming catastrophic, and Russia could not put the lives of astronauts at risk.

Suspects Minors suspected of murder: 24-year-old died in the evening after a mass struggle at Helsinki Central Station

Laredo doubts about offering the renewal to Manu Calleja