Roglic gives away the red jersey, but the type is played for La Vuelta 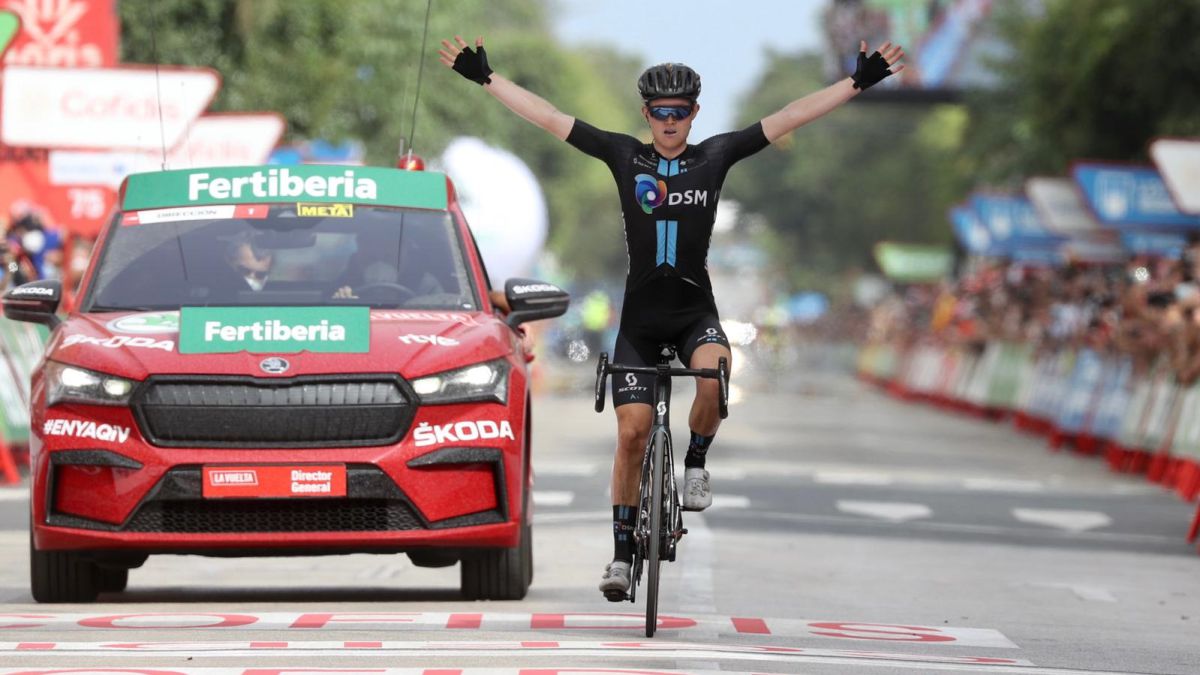 Primoz Roglic gave away the red jersey, but he did not give away La Vuelta. The leader’s team loosed the day’s getaway, which crammed Odd Chistian Eiking with the garment, but took advantage of the hot spot of the stage, the demanding port of Almáchar, To trow a surprising attack to their rivals. A drop in the descent, when riding solo, prevented Roglic from getting more out of his brave initiative, but he did win a sack full of admiration. The head of the Jumbo-Visma crossed the finish line with Enric Mas and Superman López, who are still solvent in the fight for the general, and Jack Haig, but at least he took another bite of 37 seconds to the Ineos: Egan Bernal and Adam Yates. An award that could have been bigger … But that could also roll on the floor.

Roglic gave away the jersey. Agree. He had already done it at the beginning of La Vuelta, Rein Taaramäe in the White Picon, and he was about to repeat it last Saturday on the Balcón de Alicante, when Felix Grossschartner stayed eight seconds behind the tunic. The Jumbo does not exhibit the same collective strength as on other occasions and there is still a lot of cloth to cut: Villuercas, the Lakes, the Gamoniteiru, the Mos trap … Too much whiplash. If you have to have fresh equipment, all the better. That is why the Slovenian let the getaway of 31 cyclists, too wide not to burn a team in pursuit, and preferred to give up the lead, which you now saw Eiking, 26-year-old Norwegian, with 58 seconds over Guillaume Martin and 2:17 minutes over Roglic. We will see with the advance of the calendar if he has made the right decision, but the disadvantage seems easily within the reach of the Slovenian.

Almáchar, a port of 11 kilometers At an average 5% slope with demanding ramps of 17%, which was crowned 15 kilometers from the finish line, it was the hot spot of the day. A trap on the way to Rincón de la Victoria. This was where the escapees were to seek victory. And where the roosters had the opportunity to re-measure themselves. There were two races in one. Even three, because the adventurers not only played the stage triumph, but also the red jersey, that prize courtesy of Roglic.

The stage was taken by Michael Storer, that 24-year-old Australian pearl who had already demonstrated her skills as a climber on the Balcón de Alicante. Second win for Storer and second win for Team DSM. The Aussie attack in Almáchar sat his fellow fugitives, where Eiking and Martin kept a pulse for the lead that the Norwegian won, a better bass player than his rival. The Intermarché-Wanty team, who already wore red for two days with Taaramäe, once again rose to the top of the classification. A great success.

There were already enough ingredients to enhance the stage, but the route still hid the biggest show, roglic attack on the ramps of Almáchar, an explosive high that suited his qualities perfectly. No one could respond to the Slovenian, who opened a half-minute stretch. The images showed that the still red jersey was taking risks in some corners of the descent. And the fright came. Despite being a great downhill rider, a ski jumper without vertigo, he lost control in a right turn. It wasn’t a hard fall, no harm was done, but allowed the pursuers to get hold of him. There is no award for bravery or originality, which would certainly have gone to the double champion of La Vuelta. Roglic took token honors, but the fight with Movistar was a technical draw.

Festival Alma managed to defy the fading of the hype and the rain that ruined the Summer Peace – the highlight of the festival, however, was the collision ring piled up by an Estonian rapper