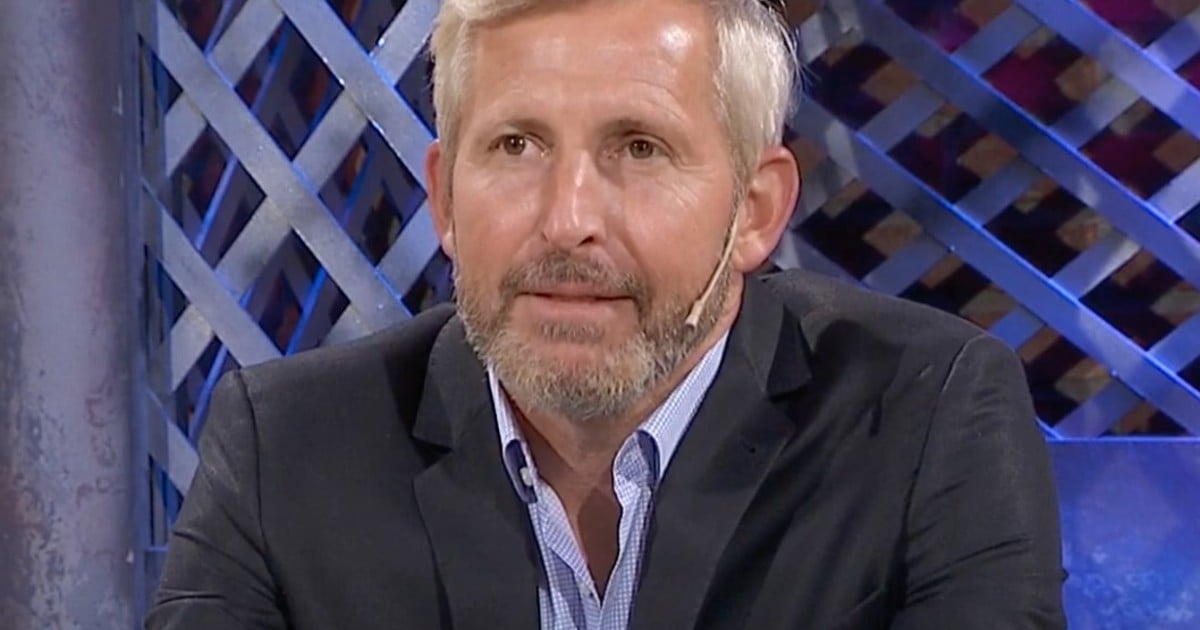 Former Interior Minister Rogelio Frigerio affirmed this Thursday that it is “hard to believe” to Vice President Cristina Kirchner when she calls for a minimum basic agreement with all political forces in the framework of the coronavirus pandemic.

“I am glad that after so long (the vice president) has reached this conclusion, but it seems to me that from history it is difficult to believe him because one has the antecedent of how he has done politics and how this country has governed all these years, “said the former macrista official in statements to TN.

Frigerio, who is in the key of the campaign with his objective of heading the list of candidates for deputies of Entre Ríos de Juntos por el Cambio, was skeptical of Cristina Kirchner’s proposal, who already for May 25 transmitted that “in times difficult, more united and supportive never”.

A few days ago, the vice president resumed the message of unity of the Argentines when, when leading an event in La Plata, she called for an agreement with the opposition to alleviate criticism of the Government for handling the Covid-19 pandemic.

“Between all of us we can reach a minimum basic agreement; There are things that can no longer be discussed, “said Cristina, referring to the questions directed at vaccines and the care measures to stop coronavirus infections.

The vice president made these statements in a ceremony that she shared with the Buenos Aires governor, Axel Kicillof, at the “Sor María Ludovica” Children’s Hospital in La Plata.

Beyond the vice president’s proposal, Frigerio charged against the government of Alberto Fernández by stating that “there is no course in the Argentine economy “and even considered that” in no aspect of public policy “, there is an objective.

“We do not know where we are going and neither does the Government. repeating old recipes that have never been successful, “he remarked when asked about the economic situation.” There is no economic plan, not even a direction where Argentina has to go, “he said.

In this context, the former minister acknowledged that the government of Mauricio Macri also “failed to solve the problems of the economy that Argentina has been dragging on for half a century.”

“Unfortunately we couldn’t keep up of the expectations that we had generated. But today it is different because there is no course and the responses are jerky, they use recipes that did not work in the past, which have been repeated for 50 years with high inflation, “he insisted.

For Macri’s former political minister, “the origin of inflation and a large part of the ills that the Argentine economy has been experiencing for so long have to do with the State, which always spends more than it comes in.” “Today we have one of the tax pressures biggest in the world and yet we have a deficit state, which is never enough to meet the needs of the people, “he added.

Frigerio remarked that in Argentina “we have to start with a political leadership that is willing to eliminate the great number of privileges that politics has” and that the State, as he pointed out, costs a point of GDP.

However, the former minister considered that it is far from eliminating the privileges of politics and stressed that “great agreements are needed that transcend the political parties.” “That is why the preaching of many of us to expand the space that the opposition has today to achieve that political muscle and confront with strength those structural problems that have been postponed for several decades,” he stressed.

Frigerio differed from Mauricio Macri: “I don’t think democracy is at stake”

Former President Mauricio Macri assured that in the next elections it will be defined whether Argentina continues to live in a democracy “or in an autocracy, in an obvious reference to the “loss of liberties.”

On this statement, former Interior Minister Rogelio Frigerio made a certain difference. “This is a very important choice, not because democracy is at stake, but I think that if we can improve the health and quality of democracy, “he said.

For the former Macrista official, Argentina is in “a hinge moment” since the national government has an almost absolute majority in the Senate and is always five or six votes away from obtaining a majority in the Chamber of Deputies. “I think that for the health of democracy it is important to balance those numbers in the national congress and, therefore, the opposition has to do a very good choice“he mused.

Mauricio Macri and his political message in Mendoza.

After considering that “a balance of powers in parliament would be very useful,” Frigerio pointed out that the Frente de Todos is “a political space that has shown in power that does not handle that majority well, which always tries to impose that majority, does not seek political consensus with other forces “.

Asked about the internal dispute that exists in Together for Change, Frigerio said that the opposition force “has candidates to win the election.” “I regret that the internal and personal issues come to light more. There is much to debate and discuss in terms of ideas so that people live better. I celebrate that there are primaries and that people are the ones who in each political space choose who they are their best representatives, but that cannot be the most important thing, “he reflected.

However, the former official warned that whoever decides to be a candidate “will have to put the body because this is a very important election for the health of democracy. “

“Let’s not focus everything on the names and personal vanities because that is not what people are expecting from political leaders, “Frigerio slipped at a time when the internal opposition between hard sectors -incarnated by Mauricio Macri and Patricia Bullrich- and moderates that have Horacio Rodríguez Larreta as a reference is exacerbated. .