Roc Oliva, epilogue to a generation 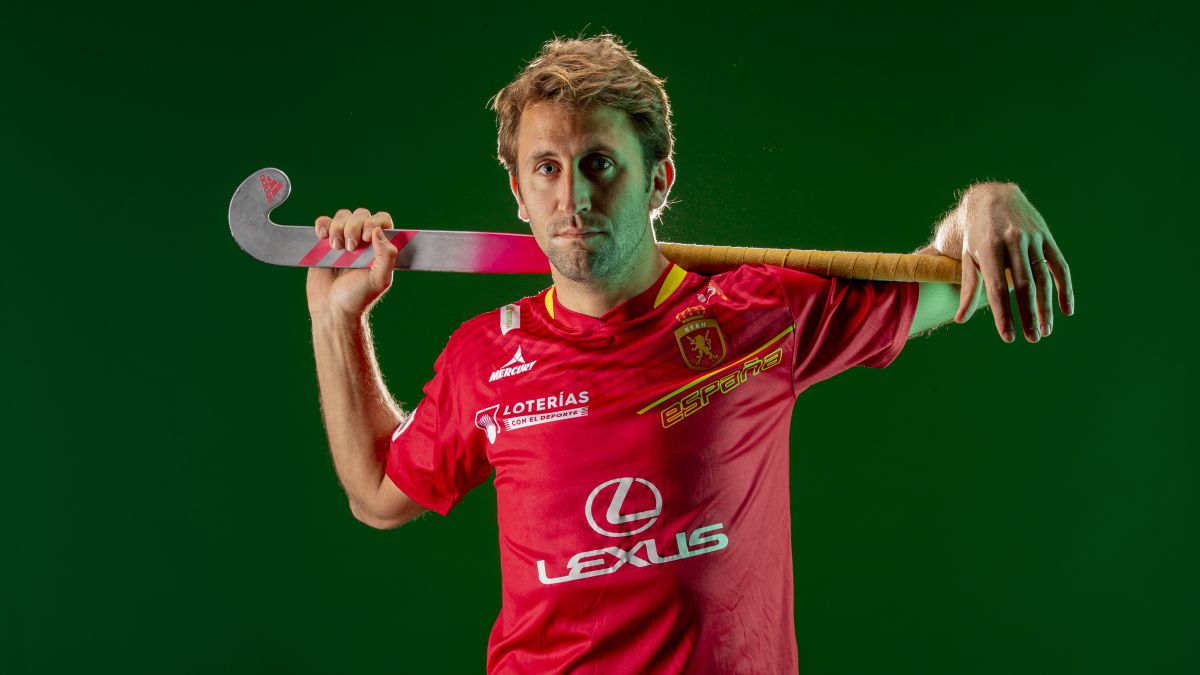 Roc Oliva remembers with a smile his first trip with the Spanish hockey team. It was in August 2007, at just 18 years old, when Mauritz Hendriks, now the CEO of Netherlands Ministry of Sports, relied on this spiky all-rounder from Terrassa for the group that was to compete in the Manchester European. Oliva, “one of the rookies”, was held responsible for what was known on the team as a “bulge”. Translated into Christian, the projector with which the selector showed the videos.

“In 2007, Oliva made his first trip with the Manchester European National Team and forgot the projector at the airport”

“I left it at the airport restaurant. I made the plane trip thinking he was going to kill me,” he explains now, 14 years later: “Hendriks gave me a good fight … But then everyone laughed. A colleague noticed and he took it. The coach was tough, but empathetic and human. “

From that youth adventure to the Tokyo Games, 14 years have passed in the elitee, full of contrasts, like the great joy of the Beijing silver 2008, the bad luck that accompanied him to the National Team in the London 2012 Games or the thorn of the quarterfinals lost in the last minute beforeand Argentina in Rio 2016. Now, after a cycle in which this thirty-year-old lawyer decided to hang up the stick and return for the Olympic event, the expectations are totally different: “The feeling we have is that we can achieve a medal. There is no team that we cannot win. . We have absolute confidence in what we do “, ignores the international, which defines this tournament as “my last dance”.

Before his immaculate career in both the Spanish and Dutch leagues, and traveling half the world thanks to the stick, Oliva was born predestined to do so, like any child with a sporting background in Terrassa. His father, Jordi, was an Olympian in Los Angeles 1984 and Seoul 1988. Words like hockey and stick were part of his childhood language, no matter how much his grandfather tried unsuccessfully to transmit other hobbies to him: “At home we had a piano because my grandfather liked music. He wanted my sister and I to play, but we used it as goal. We learned to lift the ball and throw it against the leg of the piano. “

Although Oliva showed skills for other sports, such as skiing, soccer or tennis, there was no way to detach from hockey, his passion. He grew up at Atlètic Terrassa (“The coaches were very didactic”) and in the summer of 1996 he nostalgically recalls getting up with his father still at night to see the exploits of a team that won the silver, idolizing players such as Xavi Arnau, who wore the number 11 that he is so excited about, or Pol Amat, with whom he would later share a room in multiple tournaments: “They were normal and close people. In the world of hockey, everyone is aware that we need to do things differently because we are small. It is a very healthy world.”

In the shadow of Santi Freixa at Atlètic Terrassa, Oliva made a niche for himself in the National Team and at the age of 19 he arrived at the Beijing Games. “I did not realize the repercussion of the event, I played normally, as if it were just another tournament.” That mentality helped him have minutes in a memorable championship with an epic match against Australia in the semi-finals, when Hendriks’ team came back from 2-0 and reached a final 12 years later. “I remember it as something exciting. I played little but it didn’t matter, at that moment we all felt part of it.”

“Beijing 2008 I remember as something exciting, we all felt involved”

With the same expectations, the National Team arrived in London 2012. But there a series of misfortunes broke the options of fighting for a medal. Amat’s injury was added to Freixa’s injury, who could not participate in the decisive match: “We tried to reinvent ourselves, but we ended up exhausted.” A different flavor from Rio, where the team, already renewed and with Fred Soyez as coach, he came unpretentious and was one step away from the semifinals. “We lost to Argentina in the last minute due to a controversial play,” Oliva recalls.

Behind any team that aims to achieve success there is always a leader. In the Spanish hockey team this is Fred Soyez, the coach, that since 2015 has been shaping an idea of ​​the game, against all odds, inflexible, as Oliva explains. “The results did not appear in the short term, but he followed the plan and looked at the final photograph of what he wants. He has a broad vision and a plan on track.” The player plays the role of link between newcomers and veterans in the group, because “I feel young and have energy.”

The evolution of the National Team was verified in the past 2019 European Championship in Antwerp (Belgium), when he managed to hang the silver (since 2008 an international podium was not achieved) after winning the almighty in the semifinals Holland. The mix of the new generation with those who have been in the team for a decade, such as David Alegre, Quico Cortés or Pau Quemada, has given way to a group that combines “creativity” and “anarchy”, that double-edged “Latin” sword. “Because of the way we play we can make mistakes at high risk moments. We are working to minimize them,” he adds.

When the International Olympic Committee (IOC) decided to suspend the Olympic Games the previous spring, several players from the National Team changed their plans. Among them Oliva, who had planned to hang the stick last summer. The coaching staff also had to redirect the objectives and the work plan, and chose to involve the players themselves in the project. “The objective was to rest mentally from the physical part and be in contact and generate enthusiasm. They made us participate in the plan. We all designed a SWOT and our way of working is now different,” added Oliva, who expects “different” Games. focused on the “competition” and not on the “show” that surrounds him and that he already experienced at the Beijing Games, 13 years ago.

In Tokyo, Oliva will seek to say goodbye with a medal and with a record together with his colleagues who already lived in Beijing 2008. If they manage to get on the podium, they will equal the record of Pol Amat, the only Spaniard so far to have two Olympic medals. “It is an incentive, but not to tie Pol. It is impossible to compare myself with him, because he is from another galaxy for all he represents. But it makes you excited. It would be the best way to end this last dance.”