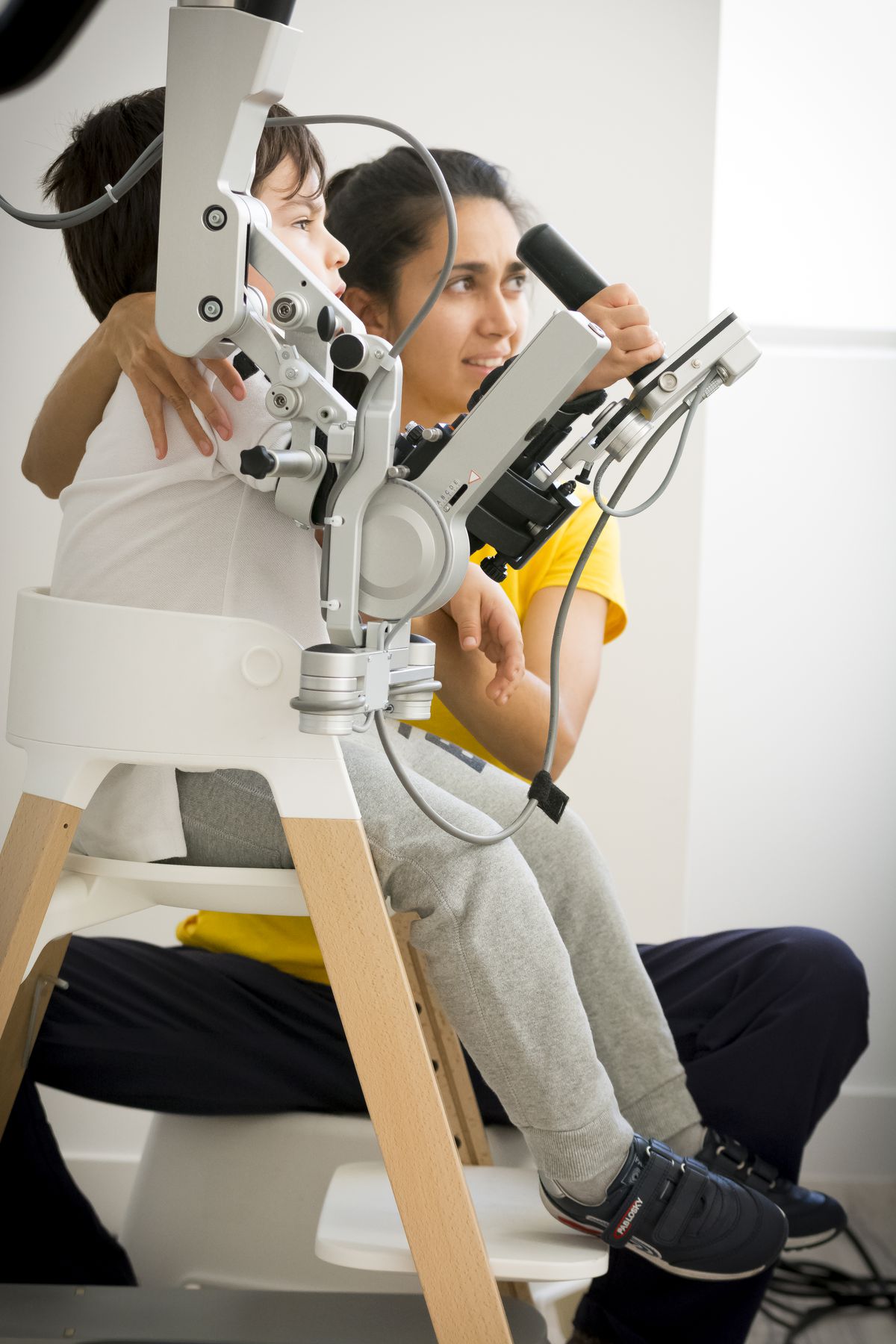 For a child with brain or spinal cord damage, the use of technology can be a step forward. Not using it can mean going back a hundred. The RIE center, located in Madrid, is a pioneer in betting on the use of robotics in child neurorehabilitation from the private sphere. Its two robots are the hands and feet of more than 200 children, many of them arriving from France, Switzerland or Morocco to undergo intensive treatments that, in some cases, can last several weeks.

“The use of machinery in the field of pediatrics has been slow to arrive, despite the scientific evidence that supports it, due to its high economic cost and the thought that robots are going to replace the therapist, and nothing further from reality. A machine can never replace the professional, it needs knowledge about the patient and clinical reasoning to be able to reach the maximum potential with its use ”, says Beatriz Marugán, physiotherapist and one of RIE’s partners. “It was the dream of my college classmate, Beatriz de Andrés, and my own,” he adds.

This specialized child rehabilitation center opened its doors in September 2017 with a highlight: to include robotics in conventional physiotherapy sessions to treat patients with congenital or acquired childhood pathology (premature children, cerebral palsy, head injuries, neuromuscular diseases … ) from the first days of life.

The technology for neurorehabilitation that the center has is of Swiss invoice, from the Hocoma commercial house. One is the pediatric Lokomat robot, which enables gait training. It is, they say, the only one in Spain in a private center. “There are four in the country, but they belong to foundations and hospitals,” says Marugán. The second robot is Armeo Spring Pediatric and it is the only one in a private center (there is one in the Guadarrama hospital). “We work on the movements of the arm’s reach, improving the movement pattern, muscle strength, precision and trajectory of movement,” says Marugán. The patient interacts with a video game, in such a way that it forces him to use more or less force with his legs to race against the robot or catch monsters and carry them from one place to another without falling.

The beginnings were not easy. The high cost of robotic technology (the two robots cost around 600,000 euros) and their maintenance made it unfeasible to start the project. Until “we presented it to a group of young entrepreneurs who quickly became infected with our illusion. The investment was risky and high. The project is expected to invest around 800,000 euros in the first five years and grow to 1.3 million in the next five ”, says Marugán, for whom RIE is much more than a company.

After three years of activity and endless days, the turnover in 2019 reached 350,000 euros. In 2020 it fell 8% compared to 2019 due to the pandemic. In the center, they estimate that 2021 revenues will grow between 15% and 20%. All the profit to date has been reinvested in the project of this center, which employs 16 professionals including physiotherapists, speech therapists, neuropsychologists and occupational therapists. It is in full expansion phase and intends to expand its healthcare offer shortly by increasing its facilities by 60%.