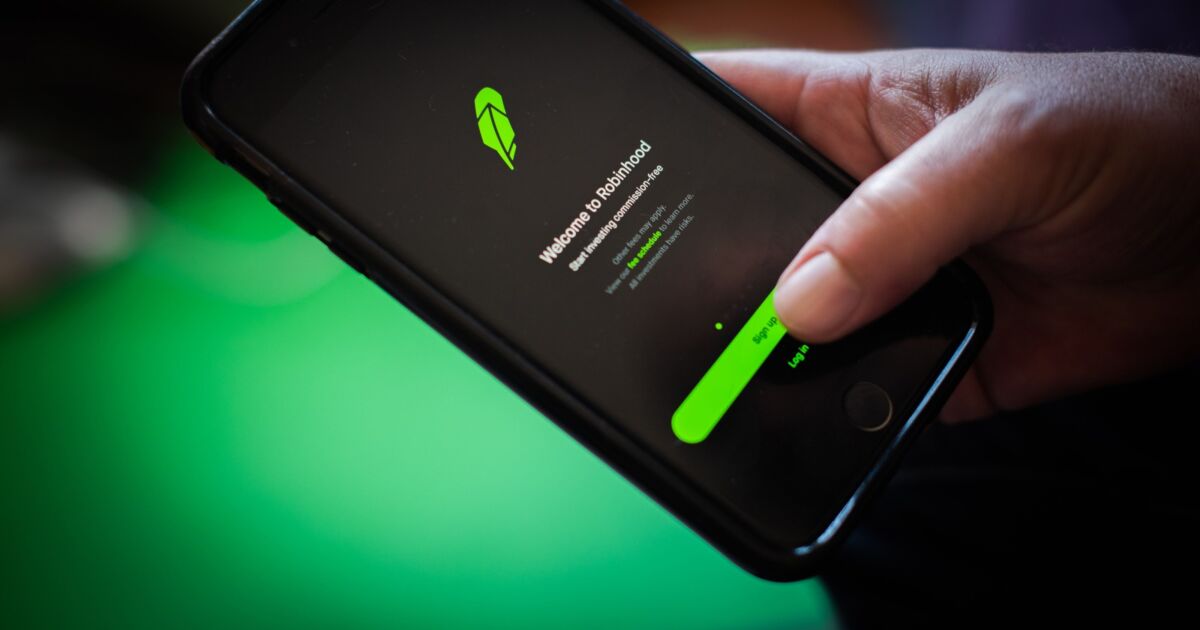 Robinhood Markets is working on a new feature that lets users receive their paychecks via direct deposit up to two days early, stepping up competition with companies like PayPal Holdings and Wealthfront.

Work on the new service was discovered inside of a beta version of an upcoming update to the company’s iPhone app. The option is dubbed Early Direct Deposit and will be available within Robinhood’s existing direct-deposit feature. The code also indicates that the service won’t have fees.

“Now you can get paid up to two days early,” a message inside the app will read. “Because eligibility depends on your employer, we’ll let you know if you can get paid early on your next pay cycle.”

A Robinhood spokeswoman declined to comment on the findings.

The functionality will compete with similar features from PayPal, Wealthfront, Chime and some traditional banks. Robinhood previously launched a cash management service in 2019, letting users put some of their money in an interest-bearing account. The feature debuted about a year after the company walked back a plan for checking-and-savings accounts that drew a rebuke from the Securities Investor Protection Corp.

Robinhood shares climbed as much as 6.3% to $ 47.12 after Bloomberg reported on the feature. The stock had climbed 17% since its July initial public offering through Tuesday’s close. PayPal shares dropped less than 1% to $ 286.70 on Wednesday in the wake of the news.

If implemented, the new feature would help advance Robinhood toward a vision it laid out for investors since its IPO: that its app can be much more than a place to trade.

“We want to be the single place that our customers go to for all things money,” Chief Financial Officer Jason Warnick said during the company’s second-quarter earnings call.

The company still has a ways to go before achieving that goal. Robinhood depends mostly on trading activity: Customer transactions in stocks, options and cryptocurrencies accounted for about 80% of revenue in the three months ended in June. The app has also faced challenges from regulators and politicians, including criticism of its customer service and approval processes for options trading.

The developer Steve Moser discovered the new feature and shared it with Bloomberg News. Other upcoming features, such as the ability to invest spare change and new protections against crypto volatility, were previously discovered in a beta version of the Robinhood app.

Code elsewhere in the beta app indicates that Robinhood is working on a voice verification feature for its phone customer service. The technology will let a user record themselves so that future calls to support can verify who is speaking. Several traditional banks have had that feature for years.