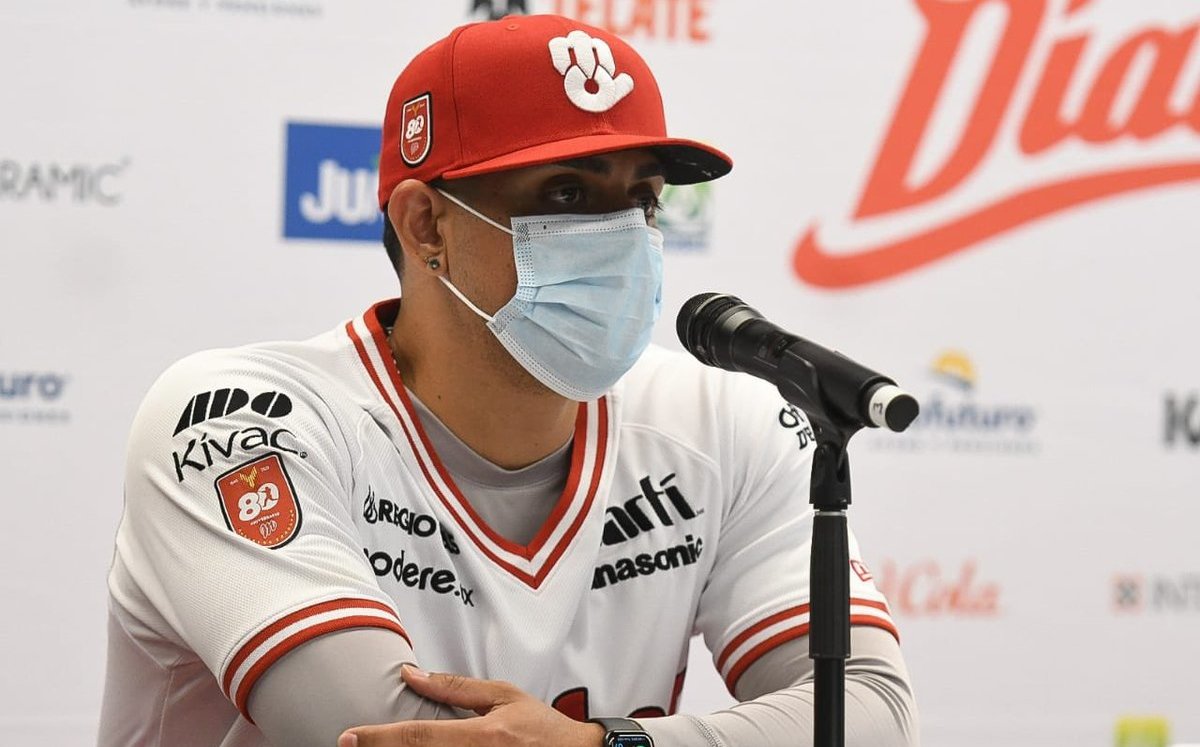 Roberto Osuna It shows that he still has a level for the Major Leagues. With half a season of the Mexican Baseball League covered, the Sinaloan pitcher has become a fundamental piece for the Red Devils of Mexico, with an impressive 0.00 ERA, six saves and 10 strikeouts prescribed in 11.1 innings pitched.

That is why two MLB teams have already asked about his services, although he did not confirm which franchises they are about. “I do have a couple of offers out there, which I’m still analyzing to see which one is the best … we’ll see if it happens,” Osuna said in a previous press conference.

The right-handed pitcher arrived on the Mexican circuit after six years in the Big Top, after an injury that did not allow him to complete the last season.

“Honestly I have felt very good, healthy. I pitch to help my team win”, He pointed out.

Recovering in great shape, it seems that Roberto’s return to the majors is imminent, even so Miguel Ojeda, manager of the pingos, considers it.

“I hope he leaves, because he has nothing to do here,” said the manager with good wishes, referring to the fact that his pitcher has the talent to test the best hitters in the world and that from the beginning he has been aware that His return to the United States could happen at any moment, as he has the level to compete.

“Having Roberto Osuna in the ninth inning gives me peace of mind. I can go out for a coffee and I know that he will be doing things well ”, said Ojeda jokingly, but aware that players like Osuna are very few and exceptional.

They don’t close to Tokyo

Roberto Osuna and Jorge Cantu have had a great season and are emerging as players who should be considered by Benjamin Gil for the team that will fight for a medal at the Tokyo Olympics.

“Of course, it is something that, personally, motivates you, excites you and you want to be present … but Many things can happen from here to that, so my participation is not guaranteed. If it happens, it’s good, but I hope there will be an opportunity later, ”said Osuna, aware that a call to the Major Leagues would make that call impossible.

“I am leaving tomorrow if it is so decided, but I do not have an invitation. My job is with Diablos, if the invitation arrives I would have to talk to Miguel (Ojeda) and the team, but I think they also know me, I like to represent my country and I would like to have the doors open”He added Cantu, who recently hit his 100th LMB home run.

An hour before, Oliver Perez, from Toros de Tijuana, had the opportunity to speak about the possibility of defending Mexico in Tokyo, which he is excited about and considers it would be a great opportunity for an exemplary career as a baseball player. But the most important thing is to be able to fight under the colors of your country and show that you play at a high level here.

“I am happy that it is very possible that I will go with the Mexican National Team to the Olympic Games. For me it would be a great honor, more than anything a great responsibility to show that Mexican baseball is improving year after year, “he said.