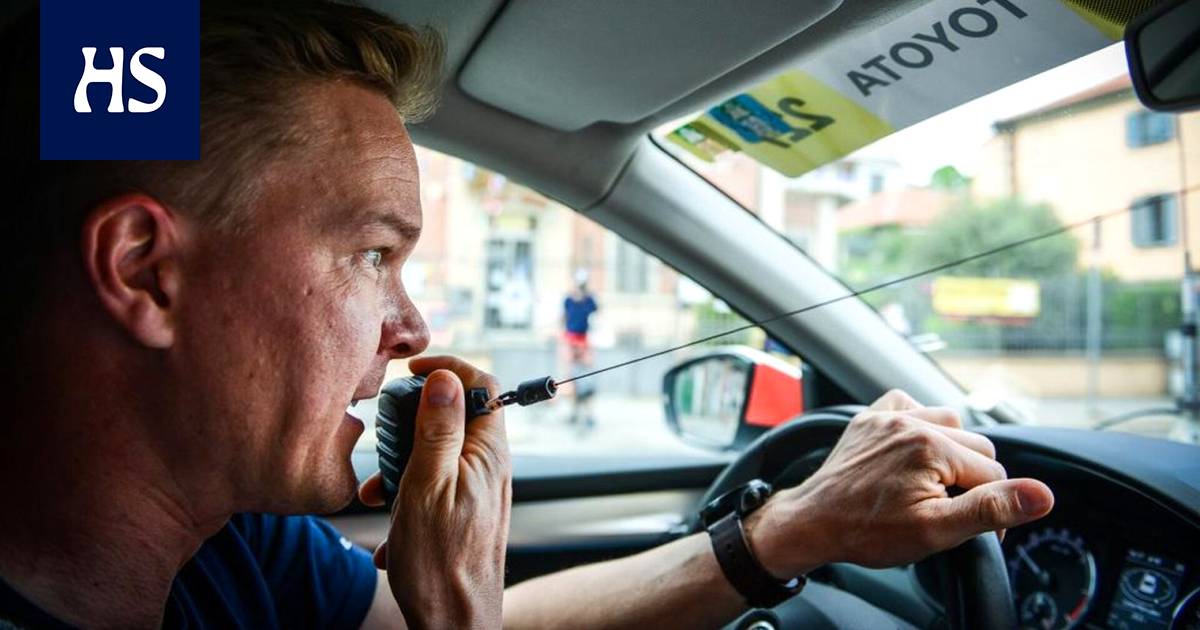 From Lahti Jussi Veikkasen his career as a professional rider in road cycling ended in 2015, but he still works at the heart of the sport’s top sport, as the team leader of the French team Groupama-FDJ.

When he left, Veikkanen had worked for the French team at FDJ for ten years.

He had learned French through practice after entering the stable as a driver.

“It didn’t have terribly any options for the young boy. We just had to learn the language, ”says Veikkanen.

Only a couple of months after his decision to quit, Veikkanen found that in addition to a long employment relationship, language skills, social abilities and a piece of appropriate luck can also help move forward in working life.

It turned out that it was at that time that the FDJ had a small staff shortage.

“We had had a very traditional French team, but of course there are many nationalities in the cycling world as well. The team lacked a guy who spoke both French and English. ”

According to Veikkanen, his own follow-up ideas and the needs of the team coincided.

“They offered a place with the idea of ​​watching things go on. It was agreed that in the first year (2016) I will do a bit of the job of a team leader and take on, among other things, invitational tasks, and let’s see what starts to please me. ”

For the first two seasons, Veikkanen worked with a “lighter program”.

“We were looking for direction, and in the end the choice was pretty easy and clear, so I’ll move on to the job of team leader.”

Now Veikkanen, 40, has been one of the team leaders for a few years now, and the current name of the team is Groupama-FDJ.

Of the named sponsors, Groupama is a multinational insurance company, and FDJ (Française des Jeux), a long-time cyclist, is a French state-owned gambling company.

“I took care of it from morning to night, knowing where to go and when, who and what cars and how many to leave.”

Viitisen years ago, according to Veikkanen, the team employed 50–60 people in addition to 30 drivers.

“Now we have a total of more than 160 drivers, including gig workers. The team has grown quite a lot. ”

In addition to managers and team leaders, top staff usually include coaches, mechanics, masseurs, doctors, and marketing and media people.

Veikkanen is one of Groupama-FDJ’s eight team leaders. Internationally, they are known by the acronym DS, which comes from French words sports director

Top-level stables need to have multiple team leaders because there are a lot of competitions and they often overlap.

But what are the duties of a team leader in a cycling stable?

According to Veikkanen, the job description is diverse and focuses on competitions. The division of labor between the team leaders will be made as early as the autumn, when the race calendar and drivers for the next season will be clear.

“It starts with building a palette of the big and most important races.”

According to Veikkanen, it is first a question of which drivers play the main roles in the big laps in France, Italy and Spain.

“The aim is for each driver to have a competitive frame at the beginning of the new season. Once that is clear, logistical planning begins as to which cars will go to which races and which from the staff. ”

Veikkanen is one of six team leaders with their own team of drivers. He trains with a colleague in a group of ten drivers.

“I keep in touch with them and I know where everyone is going.”

In the division of labor between team leaders, Veikkan has had so-called long-distance trips outside Europe, for example to Australia and the United Arab Emirates.

“Every effort is made to take advantage of everyone’s area of ​​strength,” he says, referring to his proficiency in English, among other things.

Veikkanen calculates that he accumulates 150–160 travel days a year, more than he used to be a driver. The longest trips last about four weeks.

Of the great laps, Veikkanen has been the team leader in Italy, as an athlete he competed in Giro seven times.

“It’s been a natural program.”

This in Veikkanen was responsible for team logistics in Italy, which is a complex palette. Walking during the day of the race has its own chapter, and the other side is that almost every day you stay in a different place.

“I took care of it from morning to night, knowing where to go and when, who and what cars and how many to leave.”

The second team leader was responsible for the athletic side, ie the team’s tactics and the third for the staff.

“Sometimes those responsibilities vary, for example, so that I have a sports side.”

Jussi Veikkanen calculates that he is on a trip 150–160 days a year. Picture: Nicolas Götz / Groupama-FDJ

Tour de France that is, the tour of France begins for the 108th time on Saturday. Veikkanen has not been there as a team leader and is not here again.

However, he is one of the few Finns to have participated in this largest and best-known competition of its kind.

Veikkanen competed in the Tour only once in 2009 and wore the shirt of the leader of the hill race for a few stages.

According to Veikkanen, the Tour and the accompanying visibility are of huge importance to the whole sport.

“If the Tour had not been able to be organized last year due to the corona situation, it could be that the cycling situation would be quite different. It is almost a lifeline for the species and an important showcase. ”

The importance of the tour seems visible and is also felt in the activities of the teams.

“Media attention and the athletic pressure that comes with it is ten times higher in France’s tour than in Italy,” Veikkanen said from the perspective of athletes and teams.

The tour of France starts on Saturday 26 June from Brittany in the westernmost part of France and ends on 18 July in Paris. Eurosport follows the competition live.