RKN again warned Google about the “measures of technological impact” 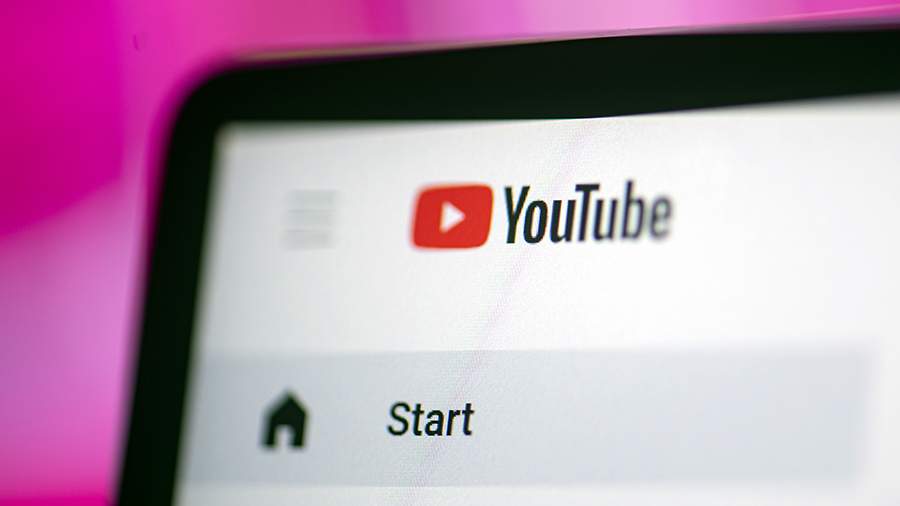 Roskomnadzor (RKN) urged Google to immediately end restrictions on YouTube against media and resources from the Russian Federation, warning of “technological impact measures.” This was announced in the department on March 19.

“Once again we call on Google to immediately stop any restrictions on the YouTube platform in relation to Russian media and resources, to ensure unimpeded access to information for Russian users in accordance with current Russian law. And we remind you of the measures of technological impact provided by law in relation to Internet platforms, ”the message on the RKN Telegram channel says.

It is specified that YouTube video hosting, owned by the American company Google LLC, has become a tool in the anti-Russian information war. According to the RKN, YouTube has repeatedly censored channels of legally registered Russian media, public figures, creative groups, sports teams, as well as educational projects aimed at a general audience and highlighting key moments in Russian history.

It is noted that in total, Roskomnadzor recorded 54 cases of application of restrictions by video hosting in relation to Russian channels. According to the RKN, among those censored were YouTube channels of Russian journalists and media, including Izvestia, REN TV, Channel Five, Russia 24, Russia 1, Channel One, NTV, RIA Novosti, RBC, TNT, Russian Radio, Tsargrad, Kultura, Zvezda and Sputnik.

See also  Woman dismembered in Borno, the hypothesis: "She is a web diva"

The pages of the educational film projects RZHEV. 500 days on fire” and “Crimea. Way to the Motherland.

“For all the facts of censorship of the Russian media and socially significant resources, Roskomnadzor sent demands to stop discrimination and provide free access to information for all users of the video hosting. However, as of March 18, these requirements have not been met by Google LLC, ”the department noted.

On the eve of the first deputy chairman of the Committee on Information Policy, Sergei Boyarsky, said that YouTube video hosting could be blocked in the near future against the backdrop of the general situation in the information space.

At the same time, Alexander Malkevich, Deputy Chairman of the Commission for the Development of the Information Society of the Civic Chamber of the Russian Federation, said that the blocking of the YouTube platform in Russia could occur at any time. In his opinion, YouTube, along with Facebook and other American platforms, is a weapon in the information war against Russia and its citizens.

See also  Ukraine, Putin to Draghi: "We will guarantee gas supplies to Italy"

Also on that day, it was reported that Roskomnadzor appealed to Google LLC with a demand to immediately stop the spread of threats against Russian citizens on the YouTube video hosting. At the same time, the department has repeatedly noted that American social networks and YouTube have become a platform for information attacks on Russia.

On March 16, the State Duma announced that YouTube was violating its own rules on ethical standards. According to Anton Gorelkin, Deputy Chairman of the State Duma Committee on Information Policy, Information Security and Communications, video hosting has become involved in an information war of unprecedented scale.

In turn, on March 15, State Duma deputy Artem Kiryanov noted that today YouTube is one step away from blocking, and the platform itself will take this step.

Since 2014, the Ukrainian authorities have been conducting a military operation against the inhabitants of Donbass, who refused to recognize the results of the coup d’état and the new government in Ukraine.

See also  Toti: "There were no numbers for a cdx president, now we need more center"

On February 17, 2022, the situation in the region escalated. The Donetsk and Lugansk People’s Republics (DPR and LPR) announced a general mobilization, the evacuation of civilians to Russia and asked for help.

On February 21, Russian President Vladimir Putin signed decrees recognizing the independence of the DPR and LPR, as well as agreements that, among other things, provide for the provision of military assistance to each other.

On February 24, Putin announced the launch of a special operation to protect the civilian population of Donbass. Western countries that disagreed with its implementation began to introduce new anti-Russian sanctions.

First deaths reported in over a year