River: who are the players that Marcelo Gallardo has in the portfolio to reinforce the squad 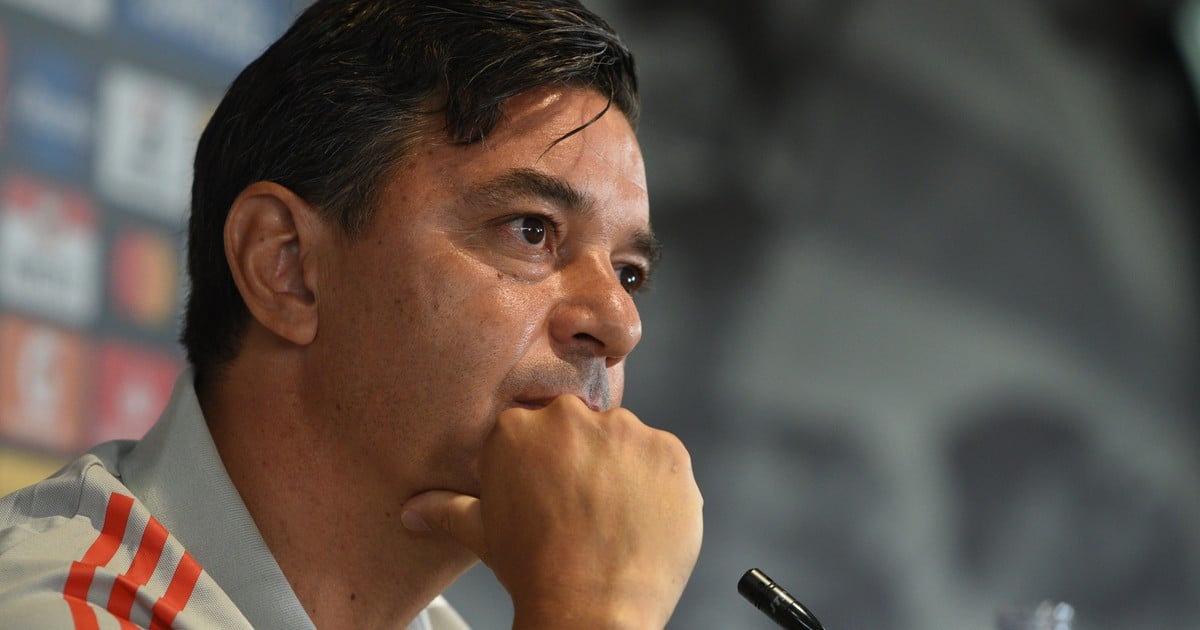 River returned to work this Wednesday with the same faces. And although the priority will be to keep all the players, Marcelo Gallardo’s idea is to reinforce his squad with at least three footballers, one per line. The leadership knows it and that is why they are already working to fulfill the wishes of the Doll. There are names that already sound.

If started backwards, the first target is Uruguayan Mathías Laborda, Nacional de Montevideo footballer who faced River in the quarterfinals of the Copa Libertadores. He is a young player, 21 years old, who can play in both positions of the central defense and also as a right back.

Mathías Laborda, from Nacional disputes a ball with Matías Suárez in the second leg of the quarterfinals of the Copa Libertadores. Photo: EFE / RAÚL MARTÍNEZ POOL

Rumors crossed the pond and reached Laborda, who recently said: “I’m comfortable at Nacional but I would love to play at River de Gallardo”. He also acknowledged that recently from Núñez they called his representative to find out his situation. Laborda – who has played 35 games in Nacional and scored 3 goals – has a contract with the Uruguayan club until the end of this year.

After navigating the Río de La Plata, you have to continue along the Paraná to reach Santa Fe. Given the possible sale of Gonzalo Montiel to European football, Gallardo has Alex Vigo in his orbit, Colon’s right side, very prominent. It is the player that Doll he wants yes or yes for when Montiel emigrates. He is 21 years old, he played 43 games (all as a starter) for Sabalero and in the Copa Diego Maradona he was the defender with the most number of assists (4). In other words, he is a footballer who not only stands out in the brand, but also who contributes in the attack.

Alex Vigo runs before the mark of an Atlético Mineiro player in the semifinal of the Copa Sudamericana 2019. Photo: EFE / Yuri Edmundo

When moving to midfield, you have to return to the waters of the Río de La Plata to cross again to Uruguay. It is that Laborda is not the only player that Gallardo has in the portfolio of that country. There is another Nacional footballer who is in the crosshairs, whose name already transcended before the team of Doll He will face Nacional for the Libertadores. Is about Gabriel Neves, a technical footballer, with good display, with more than 60 games and a handful of goals.

Continuing through the midfield, in River there is an interest in a former Boca. It is about Tomás Pochettino, the offensive midfielder who emerged from the Xeneize quarry, who had a stint at Defense and Justice and who Today he is one of the figures of Talleres de Córdoba. In the last time the talks by this player advanced before a possible departure of River from Ignacio Fernández. Pochettino is 24 years old, and he already has more than 100 games in his career and so far he has scored eight goals.

Finally, Gallardo wants a 9. It is not Silvio Romero, whom the Doll wanted in several markets of passes and could not bring it. Today, the Independiente forward runs from behind but the name of the player that coach Millonario put as a priority is – for now – kept under seven keys. Could it be Nicolás Orsini? Will Lanús sell one of his figures to River? Everything remains to be seen.

The margins of sectarian geography

€ 2,000 aid to self-employed: requirements, who can request it and how to request it at the Generalitat

The residents of Manzana 66 again on the warpath: they denounce that the square for which they fought so much is deteriorated