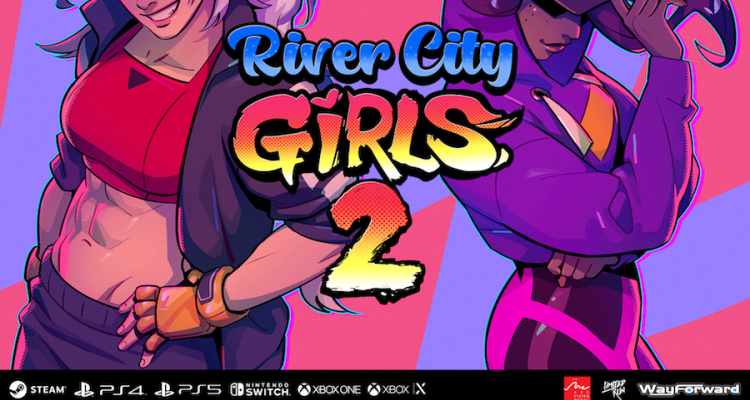 River City Girls 2 has been announced officially on the occasion of E3 2021 from WayForward and Arc System Works, still without official materials apart from a key art with the logo of the new chapter of the action series.

The recovery experiment of the old and famous Technos series is evidently successful, since the sequel has already been made official. Also in this case it is a scrolling fighting game, which re-proposes the characters of the first chapter such as Misako, Kyoko, Kunio and Riki and also some new ones, to which perhaps the image present in the announcement tweet refers, unless it is Misako and Kyoko in a new style and after intense gym sessions.

All we know at the moment is that River City Girls 2 is slated to release in 2022 on PC and console, with historical characters and some new additions including previously unreleased playable characters. Two-player cooperative online multiplayer is also present, according to reports.

With the acquisition of the rights to the Technos titles by Arc System Works, the label has begun to bring the old games in question back to the market, as well as entirely new operations such as this River City Girls, a modern version of the classic River City Ransom. but characterized by a reversed perspective.

The protagonists in this case are in fact two girls, Kyoko and Misako, who find themselves fighting their way through various levels to save their respective boyfriends, which is the opposite of what happened in the original. It is a scrolling fighting game with RPG-style elements, which places the two protagonists struggling with various urban levels set in classic Japanese views.