River and 10 days that will be key to his future: he started working after a ‘summit’ between Gallardo, D’Onofrio and Francescoli 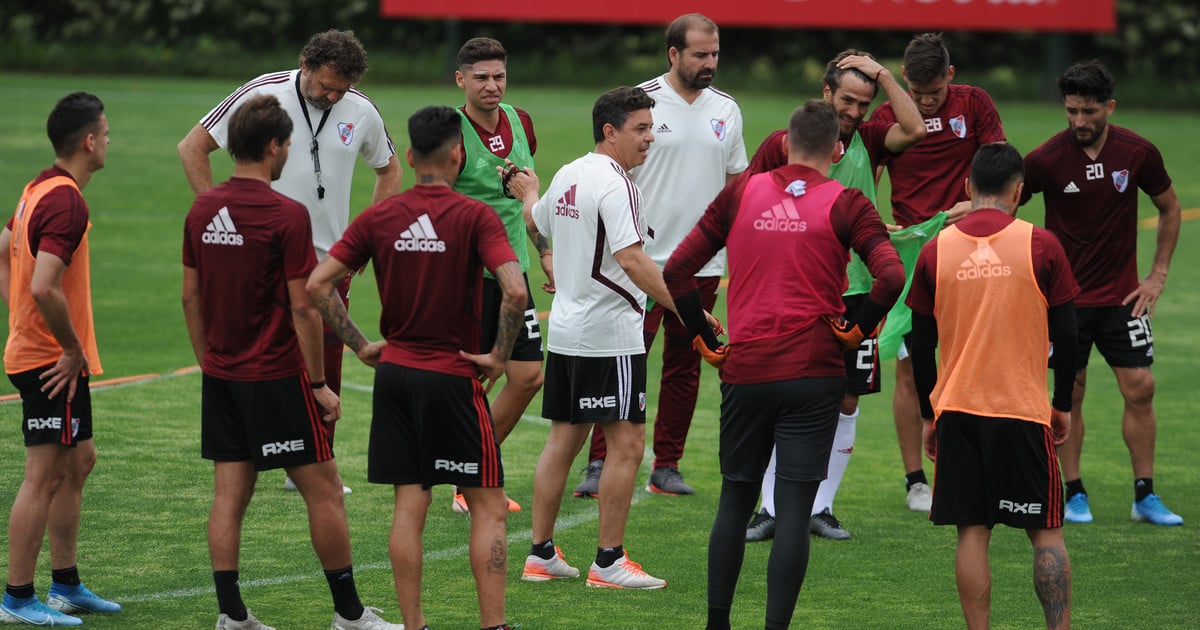 As he always does, showing his conditions as a good leader, Marcelo Gallardo was the first to arrive at RiverCamp in Ezeiza. Before eight in the morning, aboard his high-end black car, the Doll He entered through the main gate of the property and put his head back to work with his staff. The ten days remaining to the end of January will be key for the future.

At the end of the month Gallardo will finish making his balance for what is to come. It is hard to imagine that the technician puts an end to his cycle at River once a preseason has started. It is not his style. But DollIn any case, he wants to analyze how his squad will be formed and see what the leadership action is like.

The leadership promised him that the establishment will not disarm. For this they take hold of the fact that there were still no formal offers for any and that if there were, they will defend the value of each player. In addition, they made it clear that they will make every effort to retain players whose contracts expire on June 30. It was not by chance that the president Rodolfo D’Onofrio and the manager, Enzo Francescoli, were in the first practice. It wasn’t just to watch the training. Also, to talk to Gallardo.

The leaders are working to resolve the renewal of the contracts of Gonzalo Montiel, Nicolás De La Cruz and Rafael Borré. A formal offer from Roma could arrive on the side before the end of the month. Anyway, it won’t go free. He gave his word. With the Uruguayan, before renewing him, River must pay Liverpool, De La Cruz’s former club, the million dollars it owes him. And for the Colombian he has to transfer more than 3 million euros to the treasury of Atlético de Madrid, owner of the other half of the pass (in Núñez they have 50%) to buy 25 percent more of the token, as stipulated in the contract of the Barranquilla footballer.

In the last hours the chances of River securing Borré grew. They are negotiating with the leaders of Atlético de Madrid and from Núñez they could use a part of the money from the sale of Lucas Martínez Quarta to buy that percentage that he has to acquire from the Colombian to be able to renew his contract. Once you do, the new link will be signed.

Gallardo, for his part, will chat with Enzo Pérez to convince him to continue in River. In favor, he has the wish of the Mendoza’s family. His wife and children want to stay in Argentina. The midfielder was analyzing offers that came to him from Turkey and Portugal.

While, there are three key positions that Gallardo wants to reinforce: a central marker, a midfielder and an area striker. So far, the names of Uruguayans Mathías Laborda and Gabriel Neves, both Nacional footballers, have sounded, but at the moment there is no quota of foreigners. Paraguayan Jorge Moreira could release one if he goes to Racing since Juan Antonio Pizzi wants it. For him 9, they keep the last name under seven keys.

The key in the next ten days, then, is not to dismantle the squad so that Gallardo can work and plan the future with peace of mind. In two different press conferences in recent months, the Doll had made two specific criticisms that were called to the attention of the leadership. One was after the sale of Lucas Martínez Quarta. “I hope River understands that it cannot be submitted to emergencies and what they may want to take advantage of with such a possibility. We have to assert our footballers,” coach Millonario had stated.

And the other was after the Professional Football League vetoed River from the Ezeiza property to be a local in the Diego Maradona Cup. “The political miseries that exist in Argentine football do not have to bother us. Neither our own nor those of others. In Argentine football there is a lot of political thread and everyone seeks to gain an advantage. We have to end that,” the coach had launched.

What happened is already past. Now, Gallardo wants to focus on what is coming. And for what is coming it will be important that the squad is not disarmed. “At the end of the month I’m going to take stock”, the Doll had said before the semifinal back with Palmeiras. And so it will be …

Nacho Fernández left practice and has to undergo surgery

Ignacio Fernández left the Ezeiza property early because he has to undergo surgery. The talented midfielder from Núñez’s club has a varicocele and will undergo surgery in the next few hours. In any case, it is nothing serious and the recovery will require only about ten days, according to the doctors of the campus.

Nacho Fernández already knew he had this problem, so the operation was already scheduled for when the football activity cut for River occurred. The midfielder also went to the field to get swabbed (he tested negative) and then went home.

Virologist assessed the prospects for a nasal vaccine against COVID-19

Head of the Japanese agency “JAXA” to “Al Ittihad”: International admiration for the development of the UAE space activities