River: after the vaccination of the squad, Gallardo’s team had its first practice with two casualties 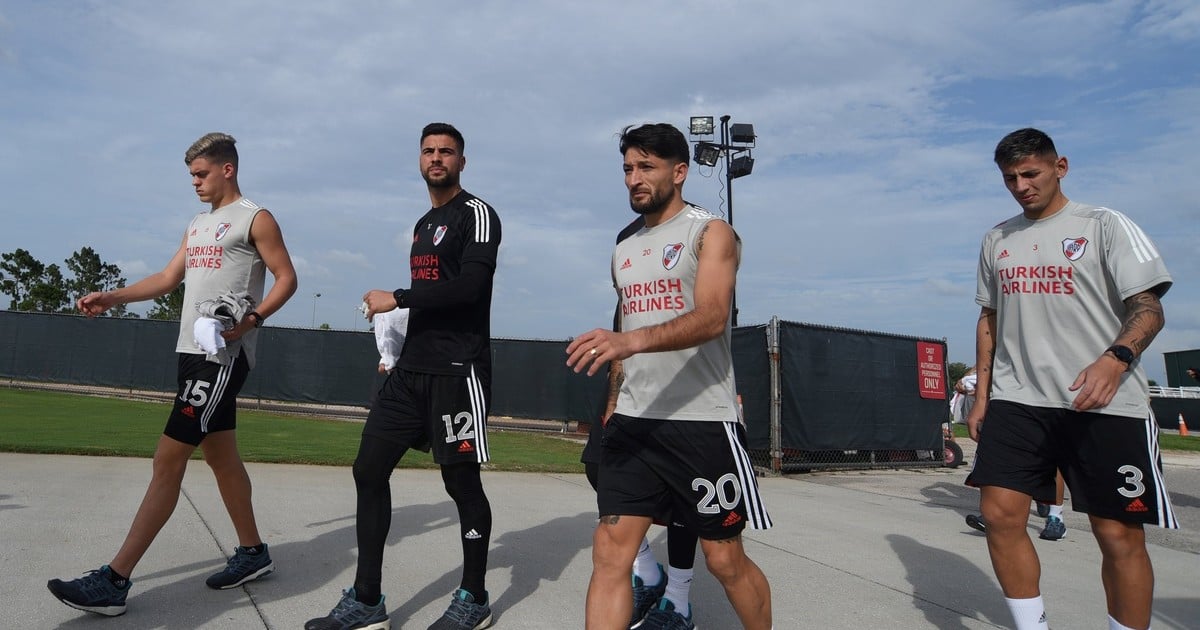 Came into action River. After having enjoyed a full day off after arriving in Orlando, a measure taken to comply with the recommended sports rest periods for the hours after the application of the Johnson & Johnson vaccine (the staff was inoculated on Saturday) the squad began their preseason work. And with two casualties.

Because the juveniles Felipe Peña and Tomás Lecanda had to stay at the Gaylord Palms Resort & Convention Center while resting since they presented a general picture of bodily discomfort and some lines of fever, adverse effects related to the J&J vaccine.

For this reason, Dr. Pedro Hansing, the team’s doctor, determined that both the creative midfielder and the defender should not participate in the rehearsal that formally started the preseason in the United States. If on Monday they show signs of evolution, they will join the rest of their teammates.

The first day of work was not light at all: the body of physical trainers, with Pablo Dolce at the head, scheduled vigorous aerobic exercises as part of post-vacation physical reconditioning. However, gradually the ball will be incorporated into the core of training.

Given the casualties of Peña and Lecanda 24 footballers were present on one of the ESPN Wide Word Of Sports playing fields, the 203-hectare complex in which Marcelo gallardo will prepare the group for the challenges of the second semester: the Professional League, the second stage of the Copa Libertadores (on 7/14 starts the eighth against Argentinos) and the Argentine Cup, where they will face Boca.

Beltrán, the absentee who would join this week

Lucas Beltran He was unable to complete the trip to the United States since he did not complete the 14 days of isolation after his trip to Italy, the country to which he flew to apply for his citizenship. The forward is in Argentina and could be available in Orlando within four days.