Rise without cars: what Apple will show at the spring presentation 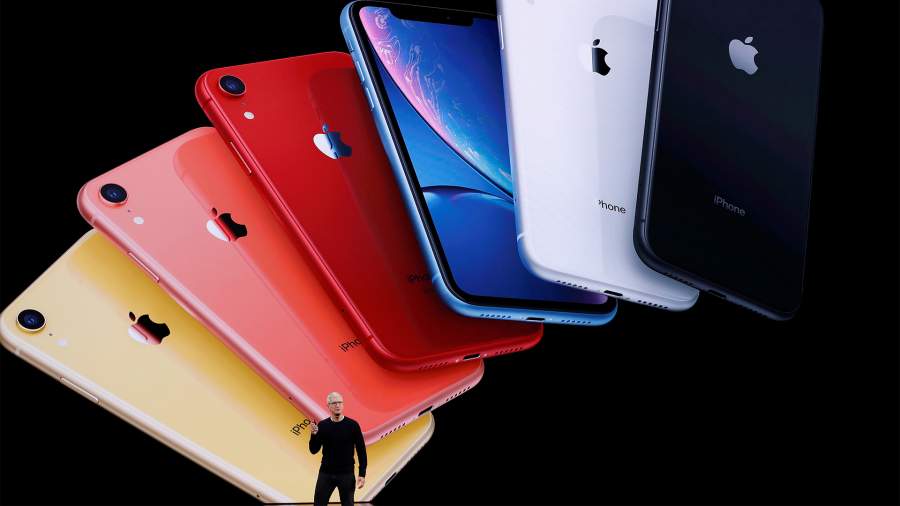 Apple’s presentation on April 20, most likely, will do without high-profile premieres like car developments, which have been actively discussed in the media in recent months.… This opinion was expressed by experts interviewed by Izvestia. Most likely, the corporation will introduce new iPads, AirPods and iMac Pros with proprietary processors, analysts say. Also, Apple may show hybrid devices that combine the functions of a tablet, smart speaker and set-top box, experts admitted.

Due to the COVID-19 pandemic, the future event, like all last year’s, will be held online. The broadcast will come from the company’s new campus – Apple Park. The start is scheduled for 20:00 Moscow time.

Due to the pandemic and the associated impossibility of holding offline events, the presentation will do without extraordinary announcements, says Alexander Patsay, director of software management at Parallels (developer of software for virtualizing operating systems on MacOS). Apple is unlikely to reveal anything about automotive development, he said.

The media have been writing and talking about a potential Apple Car for several years… but in 2021, its potential development was the most actively discussed. In February, it became known about the failed partnership between Apple and Hyundai. The Korea Times reported last week on the conclusion of contracts between Apple and LG Electronics and the Canadian manufacturer of automotive components Magna, whose clients include Ford, Toyota and Honda.

– To present a product in an entirely new Apple categorywill go on a different date in post-epidemiological times. This will allow you to call journalists, show them the product, let them touch it, take a ride… All this does not fit into the format of an hour-long video presentation, which was warned about a week before, – said Alexander Patsai.

However, a pandemic is not a reason to abandon high-profile premieres, TelecomDaily analyst Ilya Shatilin disagrees. Journalists are already used to online presentations of various sizes, he explained. But on April 20, news about Apple’s transport is unlikely to appear, the analyst agrees.

– In principle, I do not think that Apple will go towards the production of cars, – said Ilya Shatilin.

According to leaks and rumors that have circulated in the media lately, most likely announcements of new iPads. Most likely, the company will show the version iPad Pro 11-inch and 12.9-inch.

Both Pro versions are expected to receive improved proprietary processorpower comparable to the M1 chip that Apple equipped its MacBook Air and Pro with last year. Also new items can get modern cameras and high-speed USB-C connectors, to which you can connect various peripherals.

Chances are high that the big iPad will feature Mini-LED display, which differs from traditional OLED screens in higher contrast and less susceptibility to pixel fading.

– I am inclined to believe that the big iPad Pro will really be shown, but I’m not so sure about the iPad mini announcement, – said Alexander Patsai.

Also analysts do not exclude premieres of in-ear headphones AirPods 3 and AirPods Pro 2. It is expected that the first device will have a new design, and visually the accessory will be similar to the Pro model. At the same time, the gadget will not receive advanced options of the older version such as active noise cancellation.

It is much less likely that Apple will present new iMac Pro desktops with proprietary processors. However, this is likely, because the company recently stopped production of the latest version of the iMac Pro. On the other hand, there is still a shortage of electronic components in the world.

– iMac on ARM is questionable. However, I think that it will most likely be shown, since just for devices of this category the deficit of parts is relatively low. In addition, the iMac on ARM is a potentially niche product for which there will be no immediate mass demand, ”says Eldar Murtazin, a leading analyst at Mobile Research Group.

Some experts expect Apple to show hybrid devices, one of which will combine the functions of a “smart” speaker and set-top box Apple TV, and the other – the functions of a smart speaker and tablet.… According to analysts, these gadgets will allow the corporation to re-engage in the struggle with Amazon and Google in the market of “smart” speakers after the not very successful debut of HomePod. Bloomberg published rumors about hybrid gadgets in early April. Because of this, some experts doubt that the devices will be shown at the next presentation.

“If such products are being prepared, I don’t think they will be presented so soon,” Ilya Shatilin said.

At presentations, Apple periodically focuses on socially significant topics. For example, the announcement of the iPhone 12 was accompanied by talks about caring for the environment: in order to reduce waste, the company refused to bundle smartphones with power adapters. This time Apple will again pay attention to the problem of environmental pollution, Eldar Murtazin is sure.

– Recently, it was discussed in foreign business publications that the company plans to put pressure on its partners and reduce carbon dioxide emissions throughout the supply chain. This is beneficial for Apple, since the company produces expensive products and the increase in its cost price due to new production principles will be invisible.– said the analyst.

In general, the presentation will be a walk-through and will do without loud announcements, the expert said. The company will almost certainly save interesting products until the June WWDC developers conference, he believes.

The world still has shortage of microcircuits, recalled Ilya Shatilin. Problems with supplies can lead to an increase in the window between the announcement and the start of sales of new devices, the analyst explained. Although this gap is unlikely to become critical, the expert added.

– Otherwise, the audience’s interest in new products before the release will subside and the company will not have enough sales at the start. I don’t think Apple will allow that. Most likely, the company simply will not announce products that will have to wait a long time, – said Ilya Shatilin.

Eldar Murtazin agrees with him. He is sure that everything shown on April 20 will be on sale quickly. And the fact that it will not work quickly to put on the shelves, the company will leave for later…

Miami started the free vaccination campaign on the beaches