Rise in prices and ironed dollar: is it business to build? 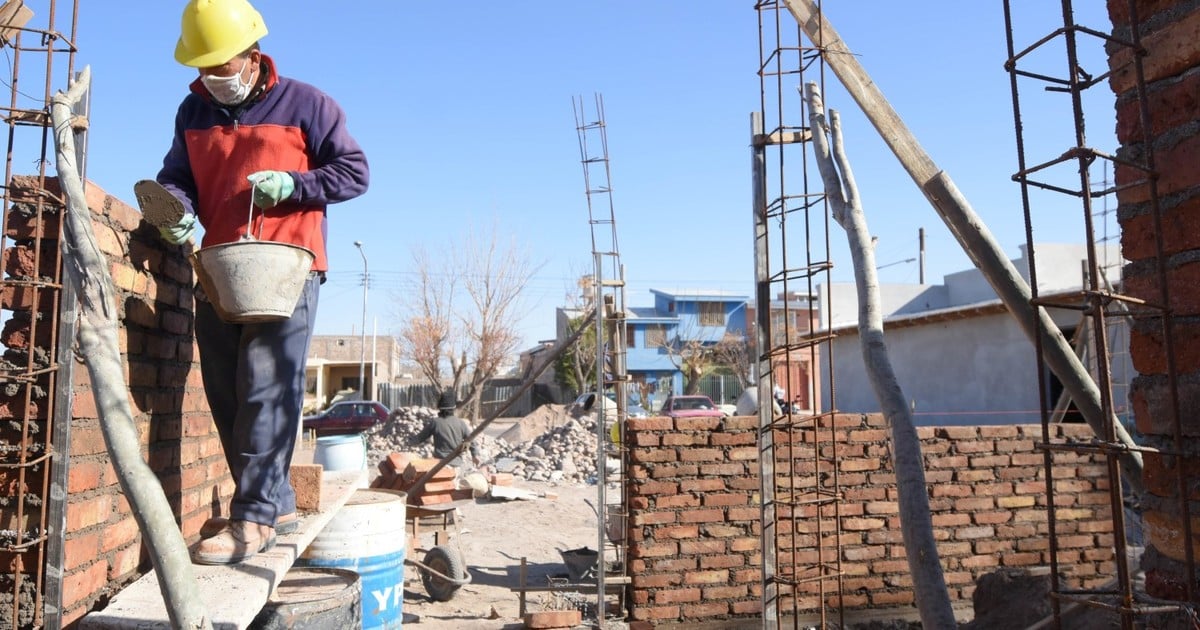 A regular refuge for Argentine savings, construction was the first sector to take off with the easing of the quarantine. “The level of activity is today 30% above the pre-pandemic level”, Summarizes Santiago Romero Manoukian, economist at Ecolatina, to graph the recovery of a key industry for the economy and employment. However, this same reactivation generated a rise in the prices of materials, forcing a change in the profitability equation of the business. According to the Real Estate Report, in the last 7 months the cost of construction increased 55% measured in dollar bills and with “the more stable exchange rate, little by little the window of opportunity is liquefying,” warns Germán Gómez Picasso, director of that consultancy.

With the “ironed” North American currency, around $ 145, the attractiveness to build and renovate homes declines, because in February materials increased on average 76% compared to the same last month. This reduces the purchasing power of dollar holders. Put another way: now it takes more dollars to build one square meter.

Construction, then, is no longer a good business? If you look at the public and private statistics, no. In the first two months of 2021, cement consumption increased 19.2% compared to the same month last year and the supply of materials is insufficient to respond to requests. The Steel Chamber revealed that 330,800 tons of crude steel were dispatched in February, because “the demand for private construction remains for the large number of single-family works that are being developed ”.

Gómez Picasso puts it in perspective. He says that although blue has fallen more than $ 50 since last October, when it reached $ 195, the value per square meter of construction is below the historical average. “Now, with the dollar more stable and with costs rising rapidly (labor and materials), the advantage for dollarized savers is thinning faster than anticipated and it is very likely that it will liquefy even more ”, he says. Still, the specialist believes, like others, that long-term construction is a good investment.

“If you look at the value of the October dollar, the construction had ridiculous costs and the photo was spectacular. But that photo is misleading. Likewise, the investor who gets into the business does not look at the figure of the day, since a work takes 2 to 4 years and the value of a property always tends to rise ”, points out Diego Cazes, commercial director of LJ Ramos.

For Cazes, in the current context, with exchange stocks, without credit and without demand, property values ​​fall steadily because the few operations are carried out in cash. “However, if at any time some type of reasonable financing reappears, such as UVA credits, prices go up immediately. There the quota is more important than the price ”, reasoned the senior executive.

Manoukian stresses that the cost of construction materials rose 4.6% in February. Not only that. According to Ecolatina, last year, materials rose 52% against an inflation of 42%. “Although the exchange rate gap narrowed, it still maintains its attractions in relation to the highs reached in 2017,” he clarified. A table prepared by Reporte Inmobiliario shows how it affects the relationship between the price of materials and the exchange rate. In January, to remodel an average bathroom in Capital needed US $ 3,372. In March 2018, a month before the devaluation, US $ 8,058 was required. “The prices of materials and the value of the dollar is temporary. If one watches the movie, two or three years from now, building today is cheap”Interprets Damián Tabakman, director of the CEDU, the chamber of real estate developers.

The businessman insists that prices rise due to the pressure of demand, the lack of investment to increase production and the uncertainty to import some key inputs. “There is a shortage of some materials – Tabakman emphasizes – and that is a typical reaction in Argentine real estate development”.

Cazes brings another element. He says that the image is widespread that entrepreneurs raise prices faster than inflation. “It will be necessary to debate whether it is good or bad, but there are those who raise more than necessary, with or without argument, for the scarcity. In any case, if the dollar accommodates, the supply of materials also accommodates, ”adds Cazes.

The lack of savings alternatives, especially due to the exchange rate, stimulated household spare parts. “Stockpiling materials is a way to dollarize savings. And it is an absolutely rational behavior of the economic agents, ”says Abeceb economist Soledad Pérez Duhalde. However, it highlights that there are other factors that drive demand and the rise in prices.

“The telework boom is a worldwide phenomenon and input suppliers are over-demanded, mainly in Brazil and China ”, he says. The expert describes that the trend today is to build on the outskirts of large cities, a direct consequence of the pandemic and the new work habits around the world. “This produced a rise in the prices of basic inputs, considered commodities, such as iron, steel, cement, bricks, ceramics and taps, and that impacts local prices ”, he explained.

Moving to gated communities and suburban areas also occurs in Argentina. “Self-construction is a new demand, which was not there and which is superimposed on the works that were underway ”, adds Carlos Spina, director of the developer Argencons. This accumulation of factors affects the shortage of materials and delays in deliveries, which makes it difficult to manage the works.

Without going any further, CAFARA (the chamber that groups hardware stores) expressed last week “your alarm at the lack of products such as wires, nails, screws and plates”. “There are also no cutting bricks, which are used for the intermediate walls; nor electrodes, which are vital for the maintenance of hospitals ”, said the head of CAFARA, Sergio Angiulli. The manager admits that he does not know what the causes are, but emphasizes that most of them are articles that are produced in the country.

Missing and record of properties for sale

In Capital there are 103,000 properties for sale, a record level.

Building and selling properties face complex realities. In the industry they ensure that lack of products It complicates the works in progress and also the small home renovations, which grew in parallel with the rise of teleworking and the confinement measures. But property prices plummeted due to sales paralysis.

In February 2019, the average price of a square meter of a used apartment in Capital was a record $ 2,400. Last month, it barely exceeded US $ 1,800, indicates a survey by the consulting firm Reporte Inmobiliario (see infographic, below). The drop in prices occurs in parallel with the few buying and selling operations, which are at historical lows.

Last week, CAFARA (the chamber that groups hardware stores) expressed “its alarm at the lack of products such as wires, nails, screws and plates” and stressed that “all these inputs of national manufacture are essential” both for the industry as for home parts. Thus, the entity, which represents the 8,000 hardware stores that exist in the country, demanded that the Government authorize imports to strengthen the supply of basic inputs for building.

Anyway, in the industry they assure that the problem is serious, but they deny that there is a shortage. However, Ariel Turkié, director of the construction company Argencons, remarks that the shortage hinders the management of the works, it delays them and also makes them more expensive. How? “It depends on the construction company and it is not something linear,” says the senior executive.

Getting each element of a work: carpentry (aluminum or wood), blacksmithing, masonry materials, coatings, toilets and taps, among others, implies a huge challenge for those who manage a construction.

Turkié exemplifies it as follows. “Each component has two parts. The manufacturer and the distributor. A window, for example, has screws, fittings, weatherstripping and silicones, which implies dealing with different actors to obtain results ”, he listed. Although much of the materials are produced locally, some parts are imported, which implies crossing several barriers, such as the stocks to enter merchandise, over-demand or speculative practices due to exchange rate uncertainty.

Turkié explains that the shortage forces split purchases in the case of larger works “because you don’t always get the material and in the necessary quantities”. And that impacts prices (due to purchases made in various places) and also alters the pace of the works.

At the other end of the business, in real estate operations, the prices of “the used apartments of two and three rooms showed a 17.3% retraction in the year-on-year comparison from the beginning of February 2021 ”, assures a report from the Real Estate Report. In addition, they add that this year-on-year decline is the deepest since 2005, when it began to survey market prices.

Due to the lack of operations and the sanction of the rental law, “the supply of apartments continues to increase week by week. Meanwhile, with rents, the opposite happens ”, emphasizes Soledad Balayan, owner of Maure Inmobiliaria. Currently, there are 103,000 apartments for sale in Capital, which represents an increase of 74% “, says a report of his authorship, which he has produced since 2012.” The vast majority are out of price because they are not in a hurry to sell, but the small segment that is willing to buy is not in a hurry and it’s more rational, ”Balayan explained.

I am: 'Nicky Jam' and 'Daddy Yankee' surprise in casting as Los Cangris

Which Resident Evil villain will be the new assassin in Dead by Daylight?